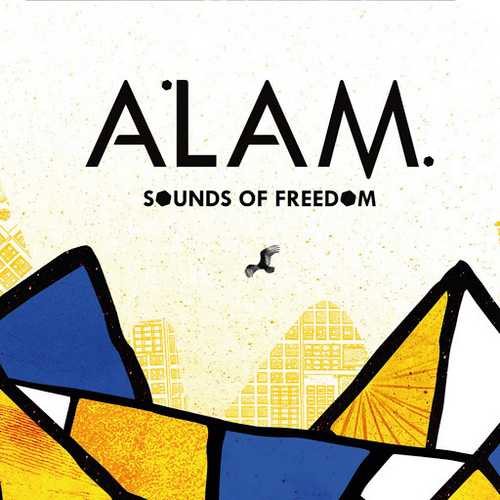 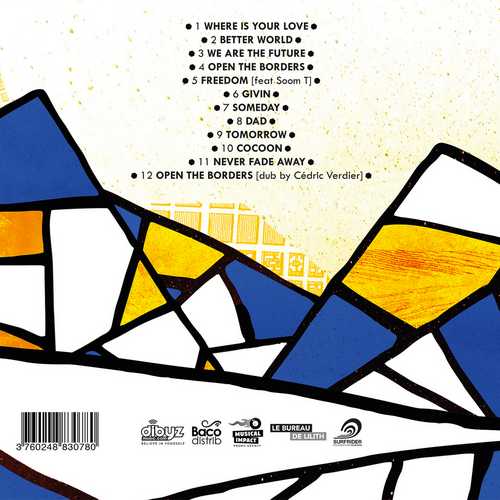 How refreshing it is to hear authentic sounds that radiate warmth, hope and strength in these perilous times. France based ALAM have been spreading glorious vibrations for the last decade with critically acclaimed live and studio works. Their heavily anticipated third album, “SOUNDS OF FREEDOM”, is a flawless continuation of their Joyful and pertinent message music… ALAM translates across Creation. In Indonesia, it is “Nature”. In Arabic, it means “The World”. In tagalog (Phillipine dialect), it’s “to know”. The Roots ensemble, based in Southern France, incorporates these translations in one unifying pillar of message music of universal acceptance.

Founded by lead singer Marie Biguereau in 2008, the band made solid impact the same year. “Premier Souffle” is regarded as one of the premier debut albums of 2008. The follow up, “Family” furthered their credentials as a Roots force to be reckoned with. Since their formation, ALAM has performed at least 700 shows on small and grand stages. They’ve warmed up for U Roy, Pablo Moses, Skatalites, Tiken Jah Fakoly, Danakil, Alborosie and many more. In 2014, minor adjustments in the lineup occurred, the Royal levels are currently rock solid. The upcoming album attests to the unity in this Roots community. ALAM teamed up with Danakil’s bassist (Boris Arnoux) and sound engineer (Damien Coutrot) on the production and the Royal link elevates sky high. The lineup consists of Marie (lead vox), drums, Guillaume Brissiaud, bassist Kistana Baccam, keyboardist Olivier Lerole and guitar and backing vox from Manu. Creators of riddim beauty indeed! Damien mixed the tracks with mastering from Benjamin Joubert. Danakil’s Boris is upfront with his artistic direction.

The album breaks open with the urgent “Where Is Your Love”. Over a concise riddim with Dub strength, Marie flows Heartically -“where is your Love… in every cell of your mind”. She radiates total warmth in her versatile delivery. Universal anthem with tasty horns and buoyant atmosphere; this band can play! “Better World” is pure Joy to listen to! Empress Marie soars above the engaging riddim with amazing range and beauty. There’s absolute hope and inspiration embedded in this track and demands repeated listening. A tour-de-force that refreshes the listener’s outlook.

“We Are The Future” embraces a killer riddim inspired by Danakil’s bassie Boris. It offers elements of hip hop meshed with Roots and Dub overtones. Marie is a solid songwriter, lyrics strong. Her versatility is front and center with a flow akin to Scottish lioness Soom T. A powerful statement for today’s generation delivered with original style. Boom shot! “Open The Borders” is another Boris inspired riddim that Marie and crew build royally on. The riddim is flecked with taut drums, great licks and infectious bass. An observant song of the migration of refugees across Creation. Despite the serious nature, ALAM injects hope and level vibes. Standout selection! The vibes are hotta Fyah with “Freedom” that features the energy of Soom T. Anthem galore. A vibrant ode to embrace our goals and dreams to Fulljoy solid livity. Over an impeccably taut riddim, Marie and Soom T deliver a double dose of infinite inspiration. Mighty sounds that crosses all borders.

The energy continues with “Givin”. An ethereal track that showcases the unity between singer, musicians and engineer. Heart and Soul exudes over a textured musical backbone flecked with gorgeous bubbling, licks and kicks. Ambient vibrations! “Someday” offers up sincere spiritual awakening with universal appeal. This is springheel skanking all the way. Taut riddimwise, Marie triumphantly rallies one and ones to take Soul power back to make a better existence. Urgent vocal flow with a crisp mix. “Dad” is a shift in the sails with a deep ode to lost Loved ones. A Heartical ballad brimming with emotion and textured riddimatic pulses that clicks so true. “Tomorrow” is a bouncing pop tinged track that excites for sure. Pure lyrical intelligence about the importance of embracing each day. This band has great ability in constructing versatile tracks that stay fresh. One can imagine their live performances are upstanding. Standout selection!

“Cocoon” sweeps across as a sweet ballad with Marie’s limitless vocal range in full effect. A plausible blend of different genres meshed together with quality and purpose. “Never Fade Away” is killer! Over a stripped down riddim lifted by serious bass lines and organ, Marie exalts the power of Love unconditionally. A beautifully constructed track all the way. The set closes with “Open The Borders Dub”. Cedric Verdier is a forward mixman whose Dub theory is some original thinking. Crisp and ethereal layers of riddim presented with depth charges… boom!!

Conclusion The album 'Alam - Sounds Of Freedom' is a total engagement of Heart, Soul and the sense of fulljoyment and positivity exudes throughout. Marie and Blessed crew continue their trod down the Royal highway with masterclass frequency. Go deh!!