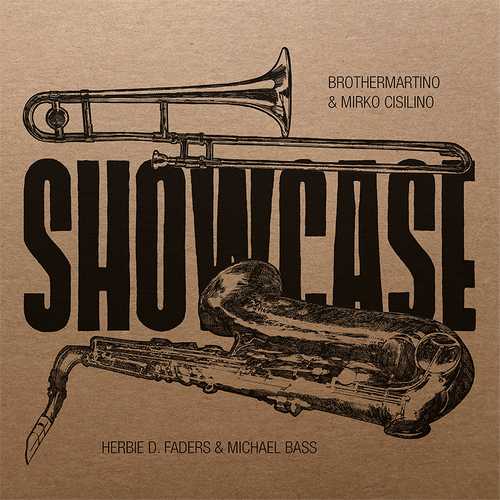 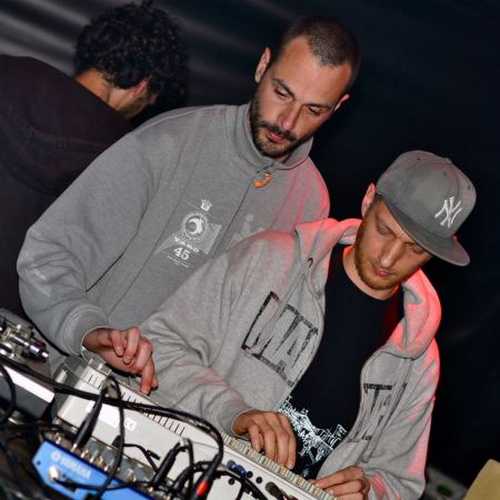 Brothermartino is a musician/producer/DJ that was lucky enough to have been extensively exposed to tons of both hip hop and jazz since he was a little kid. Witnessing breakers do their thing in 1984 next to his Pittsburgh schoolyard was as much of a revelation as experiencing Freddy Hubbard’s trumpet tone live and direct right by the stage a couple of years later.

Back in Italy, he was raised in a musical context, being all his older cousins classical trained musicians, and most importantly, being his uncle a very well respected blues player and record collector, he soon dived into them old R&B vinyls, consequently picking up the saxophone at 9, and immediately starting to chase that fat honking 1940s R&B tenor sound that almost obsessed him. Progressively gravitating towards jazz, mainly hard bop and jazz-funk, some years later, his melodic, yet powerful style of playing was highly appreciated by Bennie Golson, among others, who right after hearing him blow the first time, defined him a “jazz warrior” on the spot.

Nowadays he’s involved in a whole bunch of different projects and situations, from blowing sax and flutes through sound systems at reggae/dub dances, to stabbin synths and messin with old drum machines with internationally respected acts The Mixtapers and Fawda Trio, to performing live traditional Cumbia at some local Colombian barbecue party.

Mirko Cisilino began studying trumpet at the age of 11 at the Conservatory ‘Tomadini’ of Udine, he then spent a year at the Conservatory of Klagenfurt and at the Conservatory of Amsterdam. In the following years he collaborated with leading musicians and Big Bands in his region and with the Abbey Town Jazz Orchestra in which he’s working as arranger, conductor and trumpet player. As member of the International Gang lead by Tomi Purich, he accompanied American singer Gwen Hughes in his tours in Slovenia. In 2010, living in London for a few months, he joined the Seeds of Creation of Seddik Zebiri with whom he recorded the album ‘Hackney Vibes’.

Now he’s part of Malkuth 5et with whom recorded for Rudi Records (“Malkuth”, 2015) and Parco Lambro (as trombonist, keyboard player), and besides that works as a freelance trumpet player and arranger. Since 2016 he’s also part of the Doug Hammond Trio (Charles Mingus, Nina Simone) together with Nikola Matosic, and part of C’mon Tigre, Bologna based band, member of Tower Jazz Composers Orchestra.

The roots of this special project go back to the crucial foundation of reggae music laid by the Kingston Jazz scene, particularly to the horns students of the legendary Alpha Boys School. The influences brought by incredible virtuosos as Roland Alphonso, Tommy McCook or Don Drummond perfectly expressed the African roots of Jamaican music. Many Jamaican musicians coming from Jazz were deeply fascinated by the spiritual research of legends like John Coltrane or Sonny Rollins and their connections with the motherland. All of this manifested during the 1970s in a great number of horns enriched roots tunes, a lot of times mixed by King Tubby (himself a Jazz fanatic!) in his little studio on Drumilly Avenue in Kingston.

The music featured on this “Showcase” album are four jazz inspired reggae instrumentals and their deconstructed versions, recorded and mixed by Adriano Ippolito at Hotpot Records in 2016, and dubbed by Herbie D. Faders & Michael Bass at FTB Studio in 2017. Brothermartino and Mirko Cisilino were given some real nice and appealing riddims built by the Bassplate Riddim Section and it’s instantly clear that they’ve done a real good job with their interpretations. Each instrumental is pure earcandy, showcasing the incredible skills and talent of these experienced musicians. And also the dub versions by Bassplate Records’ Herbie D. Faders and Michael Bass aka The Chalice Loaders provide nuff listening pleasure. The four dubs are rather modest offerings than outrageous mind-blowing dubbed up pieces, which is good as it perfectly fits the mood & vibes of the album. Sure, all tracks have their own merit, but right now our favourite pieces are “Dirty Kotch” and its dub counterpart “Roll It”. These two tracks, true Soundsystem killers, are the ones that constantly go on repeat and are played real loud!!!