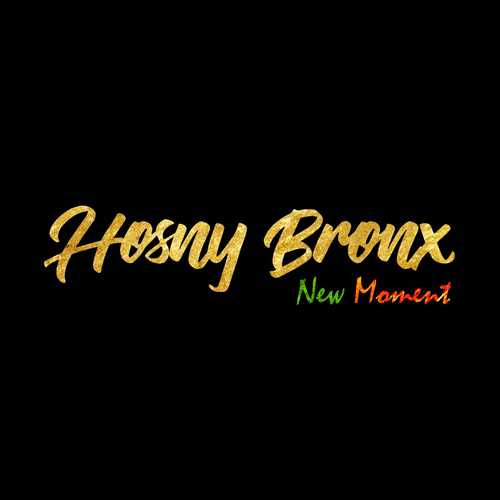 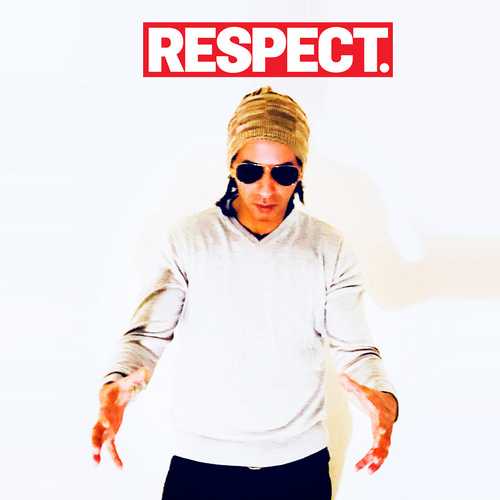 King’s Music is message music in its pure and true nature. Vibrations that extend to all people across Creation. Roots veteran HOSNY BRONX is a true messenjah whose undiluted and powerful songs have been embraced globally for two decades. His fifth album, “NEW MOMENT”, has just hit the streets with truth and conviction. A stunning album that speaks to all nations on highest levels. A universal rally to build up Rasta movements and raises awareness of the importance of people helping each other; working together to save one and ones from the perils of Babylon ideology. This forward Rastaman presents a compelling album that resets the mindset with manners and respect…

HOSNY BRONX’s universal and pertinent message music has been reaching all points in Creation since the late ’90s. Previous albums have included dynamic contributions from Aston “Familyman” Barrett, Benbow Creary, Keysi Sutherland (Gladiators), Wailers horn section and many more Foundation musicians. He’s performed at premier festivals and concerts from Europe to Africa. This Rootsman has his Natty credentials!! Hosny’s latest musical pillar is a reflection of his limitless talent – from musicianmanship to production. He plays all instruments with the exception of Blessed guitar licks from Ipy and Adama Conde (celebrated French Guinea guitarist) and Jordan Lee (heavy duty bass) on “Earth & Us” and “Dance As A Lion”. An international affair; the album was realized between Kingston, New York City, London and Paris. HOSNY directed, arranged and produced the album; giving mix and mastering duties to the premier engineers in the business. Talking about the legendary Errol Brown, Augustus “Gussie” Clarke (standing firm for decades at Anchor Studio, Kingston), Grammy nominated Daniel Boyle (London) and the masterful touch of Mario “Syantis” Laurenc. Hosny’s music has been featured on over 1000 Radio shows spanning 40 countries. He’s been profiled on such leading magazines as “Music Connection”, “Brash”, “24 Karat Reggae Magazine”, “Respect Magazine” and “Verb’z Up Magazine”. An international traveler and ambassador indeed. Hosny can be described as a universal citizen; a Knight Of Jah spreading true principles and important message vibrations to all people. His instantly engaging music shows no boundaries; he has the Rightful elements to take Reggae music to higher levels. Universal appeal, total appeal…

The album opens with “Strong Life”. An upstanding piece of JAH art with universal Earthtones. “Babylon make you suffer…”. HOSNY delivers heartically with an unapologetic observance of Babylon deceptions. Over a bubbling riddim force enforced with wailing guitar, taut bass and flowing percussion; he presents an upfront anthem for all people to stand firm despite all obstacles. Masterful arrangements and mix. “Earth & Us” is a rugged track of Marleyesque caliber. His vocalisms have that power and his musicianmanship complements on the levels. “We don’t want to live in your stress”. Progressive Roots music that offers hope to humanity. Superb layers of meditation and taut musicianmanship. HOSNY is a keen observer of runnings both good and bad and he presents that with Royal cohesion. The cap fits indeed.

“Free Child” is a standout selection with absolute appeal. Fast paced Rocking vibration embedded with truthful lyrics – “I am a child of the world, I am a child of hunger”. A song that beckons universal Love and Unity. Elevated with tasty licks and kicks, this is instant rewind message music with purpose and power. The vibes continue with “So Alone”. Over a hypnotic musical backbone, HOSNY wails with Heart and Soul. “Everyday we work for JAH”. His absolute commitment to Rastafari flows like a mighty river; music showering like rain. Handling all instruments with impeccable ability, this is a reflection of a forward Rastaman skilled verily so. “Lost In The Memories” continues with excellence. A Zion inspired anthem indeed. It’s no carbon copy situation how Hosny’s vocalisms are on Nesta Marley’s level; just the Blessed grace of The Most High. Over a lively riddim anchored with subtle percussion and vivid guitar, HOSNY chants “lost in the memories of our ancestors…”. A rally for one and ones to live free and recognize and embrace Roots tradition. Superb songwriting and musical arrangements.

The title track is a totally original Ites, Gold and Green print. With impeccable riddimwise from HOSNY and rocking guitar from the masterful Ipy, this is a hit to click! “We don’t want to live in your shadow”. This Rootsman presents message music to chant down Babylon, but instills true hope and inspiration in a cohesive manner that every man, woman and child can embrace. Masterclass ability with crisp and progressive mix. “Dance As A Lion” is straight from Zion region. A Soul stirring musical episode that incorporates African Blues guitar by Adama Conde and bass anchor by Jordan Lee with HOSNY filling out riddim so nice. HOSNY powerfully delivers a world cry for peace and Love; urgency for people to live and walk Rightfully. SOLID mix/master by Mario and Gussie Clarke at Anchor.

“We Are” is a tour-de-force! With a Dubby mix from acclaimed producer Daniel Boyle (Lee Perry/Max Romeo), the atmosphere is sky high. A deeply Rooted track with the Souljah singing with the verse of The Almighty. Thoughtful vibrations anchored by taut drum and bass. Press rewind. “Every People” is another Marley caliber piece. An easy skanking riddim with firm meditation – “I give you the Fire coming from God”. A flawless track that gives a voice for all people. The touch of the legendary Errol Brown is spectacular; he treats the stripped down riddim with perfection. “Come With Us” is another powerful rally against Babylon wickedness that offers “a new solution”. HOSNY rides the tuff riddim with grace and poise and the listener hears the word of the Rastaman with no apology. Boom! This album closes nice with two superb Dub offerings. “Free Child Dub” is more of a version; version galore! Grabs the listeners’ attention from the first note to the last drop. Engaging flow with taut bass flecked with tasty licks, kicks, bubbling and percussion. Big sound indeed! “Earth & Us Dub” is revolutionary Dub theory with progressive tones. Hosny’s vocals float gracefully above the well crafted Dub inflection. Raises interest of a complete Dub album of this brilliant project.

Conclusion HOSNY BRONX's "NEW MOMENT" is a true and powerful reflection of the definition of King's Music. Fires on all cylinders with universal message, awareness and flawless lyrics to riddim essence. Highest recommendation! Go deh!