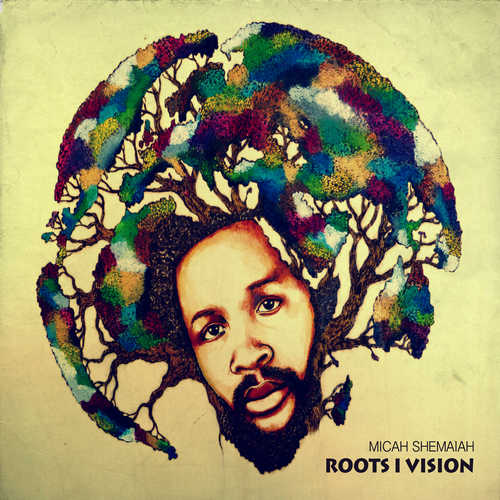 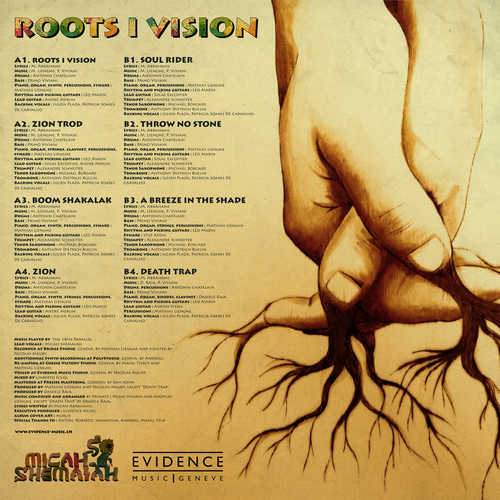 Micah Shemaiah: “Roots I Vision is based on my own experience and the way I see the world. Roots music is the cornerstone of our spirituality. Although marginalized, it remains faithful, conscious and authentic. This spirituality is for me a necessity for my music to live through the ages.”

In the past eight years or so, the ‘Reggae Revival’ movement in Jamaica has developed into a powerful cultural force. It’s actually an explosion of artistic expressions with music at the forefront, gradually influencing the mentality of the present generation towards positivity. Along with the ‘Reggae Revival’ movement, a new crop of artists has emerged including vocalists such as Protoje, Chronixx, Kabaka Pyramid, Jah9, Jesse Royal, Dre Island, Exile Di Brave and, the subject of this review, Micah Shemaiah, who all deliver music with messages rooted in Rastafarianism.

Micah Shemaiah – literally meaning ‘one who fears the Almighty’ and ‘one who loves the Almighty’ – was born into the Twelve Tribes of Israel, the main Rasta organisation, and grew up with the music of the great foundation artists. In 2009 he released his self-produced debut album “Rasta Meditation”, which stayed under the radar of the international reggae community. Four years later, the delightful “Dread At The Control” and the brilliant “Reggae Rockit” (both featured on the “Shalalak” compilation album) suddenly grabbed the attention of the European reggae lovers. These singles and a few others plus his sophomore album entitled “Original Dread” (in 2015 released by the UK based Descendant Music label) that followed made fully clear that Micah Shemaiah is an artist who, in every aspect, strives for quality and excellence in his work.

Micah Shemaiah’s “Roots I Vision” is a superb album, recorded with the use of various vintage live instruments, such as Simmons drums, synthesizer, and snare, with the intention to create a sound strongly reminiscent of the 1980s, one that builds a vibe familiar to that of the greats of that era like Sly & Robbie, Black Uhuru or Gregory Isaacs. Beautifully illustrated by Belgian artist Lise Serruys aka Murlie, the LP features 8 great tracks that highlight the extraordinary talent of the Jamaican roots reggae artist and the players of instruments involved in the making of “Roots I Vision”.

It’s the Black Uhuru-esque title track, the crucial roots anthem “Roots I Vision” with its dazzling vibe, that gets things started on Side A. A truly huge opener… BOOM!!! Next comes “Zion Trod”… “We’re going back to Zion, and that’s a fact. I stand with the Conquering Lion”. Strong roots vibes and a Steppers styled riddim with a throbbing bassline, quick-time drumming and big horns sounds. The tempo slows down for the instantly appealing “Boom Shakalak”, a pulsing tune driven by a heavy bassline and a really nice dubbed up part at the end. Heavy Sound System vibes!!! And then there’s already the last track from the A-Side of the vinyl disc. Although it’s obvious that “Zion” is another worthy roots song, it’s also one that needs repeated spins to grow on you. All in all these first four tracks of this LP are a real joy to listen to, no weak track around.

The other side of “Roots I Vision” starts off with the slow-paced “Soul Rider”, a solid offering with again those wonderful sounding horns. The latter also add a great touch to the brilliant “Throw The Stone”, a message song of sheer beauty that goes on repeat. And then there’s “A Breeze In The Shade”, a beautiful vibrant lovers piece with cleverly written lyrics. It has such a nice vibe that you just could keep on listening to this song. When the last tones of the mighty roots tune “Death Trap” come leaping off the speakers, you suddenly realize that good things come to an end too quickly. This says a lot of the quality of this Micah Shemaiah album. From beginning to end the sonic appeal of this album is simply great… a real treat for the listener’s ears!!!

Not included on the vinyl release are Echo Umberto’s dub mixes of “Zion Trod”, “Soul Rider” and “Death Trap”, which are the bonus tracks of the album in digital format. It’s a real pleasure to hear these songs in dub form with sporadically vocal interjections thrown in the mix. The three faultless tracks let you fully experience the strength of their vibrant  riddims as well as the high quality level that has been reached by the people involved in the production work.