Payoh SoulRebel – What A Vibe 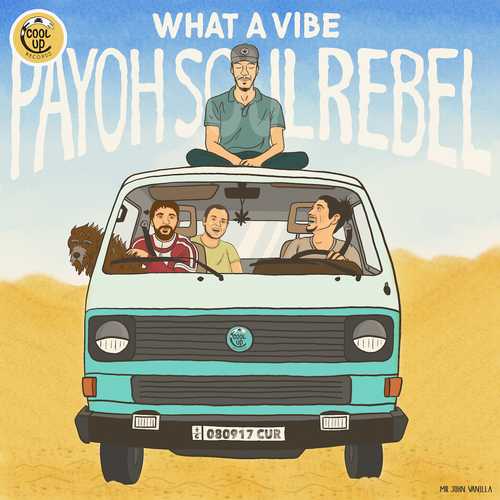 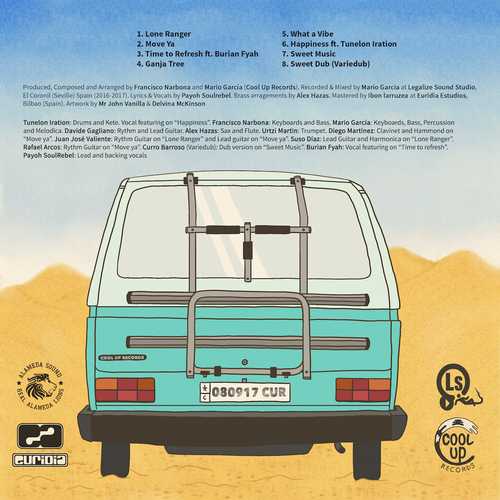 Payoh SoulRebel – What A Vibe

Everyone who’s a fan of expertly produced reggae music and appealing artists should definitely keep an eye on releases coming from Spain. Fronted by producers like the esteemed Roberto Sànchez and the very skillful Santi Mijarra aka Pupa Shan, it seems this country – sharing the Iberian Peninsula with Portugal – is more and more becoming the reggae hot spot of Europe. In recent years we’ve not only become familiar with names such as Benjammin, Emeterians, Shanti Yalah, Inés Pardo, Marcus I and Natty Nature, but also became fans of their music.

Another interesting Spanish artist who only a couple of months ago came to our attention is Payoh SoulRebel. It was his single “Sweet Music”, the forerunner of his first solo album, that introduced us to this versatile singer in September 2017. Three months later Sevillian record label Cool Up Records dropped the next teaser from that forthcoming album, the single & wonderful music video “Lone Ranger”.

Not that long after that second pre-release, the young record label from the Andalusian region in southern Spain unleashed Payoh SoulRebel’s album “What A Vibe”. The aptly titled album is about all the energy that it gives off, from the creation process to the final message that it transmits. The main style utilized for “What A Vibe”, an exclusive production of Cool Up Records, is roots reggae with rocksteady shapes and early digital from the 1980s.

Apart from the already known “Sweet Music”, a tune underpinned by a great sounding roots reggae riddim with Payoh SoulRebel displaying his sweetest voice as he sings about the sweetness of music and its healing power in our lives, this set of course also includes “Lone Ranger”. Different vocal style, but a tune truly worth hearing more than once. Love the sound of Suso Díaz’s harmonica play as it adds a nice bluesy vibe to the riddim.

Remain 5 previously unheard vocal cuts, which just like “Sweet Music” and “Lone Ranger” are underpinned by rich sounding, live played backdrops. All these tracks maintain a good quality level throughout and are simply well worth hearing. “Move Ya” is an infectious skank tune that makes you wanna move your dancing feet. The decent “Time To Refresh”, done in collaboration with Burian Fyah – an appealing artist in the Sevillian reggae scene – brings in the digital style of the 1980s. It’s followed by the thoroughly entertaining “Ganja Tree”, and the marvelous title track “What A Vibe” with its great sounding brass arrangements courtesy of Alex Hazas. Tunelon Iration joins Payoh SoulRebel in “Happiness”, one of the album’s highlights and – together with “Sweet Music” – a personal favourite.

The musical quality from the label’s hometown comes again to the fore with Variedub’s dub version of “Sweet Music” called “Sweet Dub”. The latter not only is an outstanding dubbed out offering, but it promotes a pretty high level of skills as well. An awesome ending of this Payoh SoulRebel collection.

Conclusion A well done collection of tunes, worth checking!