Various – From The Vaults Vol. 1 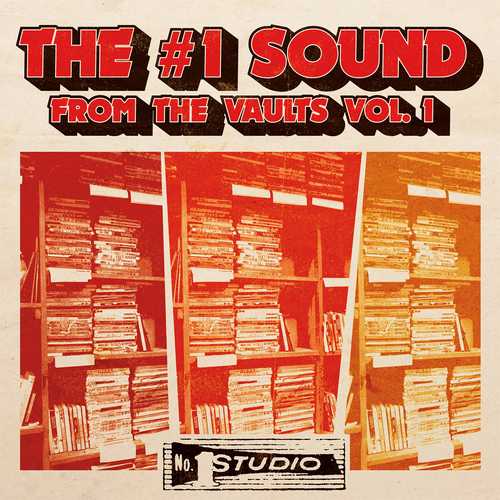 Various – From The Vaults Vol. 1

In 2016, Studio One started a partnership with US-based Yep Roc Music Group to reissue albums from legendary artists such as The Wailers and The Skatalites, as well as new compilations from Don Drummond, Dub Specialist, Freddie McKay and Freddie McGregor. Other releases include a reissue of the rare “Money Maker” compilation and two broadcasts of the Studio One Radio Show.

And now, in celebration of the Reggae Month 2018, Studio One comes up with an 18 track compilation entitled “From the Vaults Vol. 1” on CD and Digital. This collection of tunes was previously only available on vinyl dbl LP (Limited Edition) for Record Store Day Black Friday 2017. The gatefold dbl LP, which also included a standout bonus 45 single – featuring an unreleased track from Glen & Dave (“Is It Yes or Is It No”) plus a rarity from Nora Dean (“Mojo Girl”) – immediately sold out of all copies.

From The Vaults Vol. 1

Unlike most Studio One compilations, “From The Vaults Vol. 1” doesn’t gather the obvious from the mighty vaults of Coxsone Dodd’s Studio One. From some of the legendary label’s top hit makers such as Alton Ellis, Johnny Osbourne, Ken Boothe and the Gaylads to more obscure artists like Roy Tomlinson, the Soulites, and the Officials, the collection spans Studio One’s output from the late sixties to the early eighties. It’s a mighty collection of remastered Studio One recordings, which features more gems than you can shake a stick at. Most of the tracks gathered here is really rare material, which until now could only be found in the collections of long time Studio One aficionados. Also included is a previously unreleased extended version of a massive Roots tune from the somewhat obscure Judah Eskender Tafari. And then there’s the Eddie Constantine track called “Tenement Yard”. The latter is mislabelled ‘previously unreleased’ as this one came out on a 12″ single in 1986, with the Gladiators’ “Don’t Fool The Young Girls” on the B-side (although the label states it’s Ruben Alexander’s “Pressure Rock”).

The duo Glen (Brown) & Dave (Barker) gets the ball rollin’ with “Love Got Me”, an amazing Rocksteady tune from 1968, which on the original single was miscredited to Larry & Alvin. It’s followed by Black & George’s matching “Peanut Butter” from 1969 and Ken Boothe’s “Swinging King”, released on the Embassy label in 1968. The latter actually was a theme song for the commercials of Embassy Kings, hence it being released on the Embassy label – although it was also issued on the white Coxsone label. The Gaylads’ beautiful “Tears From My Eyes” from approx. 1966 is pure ear candy. Next comes “Good Enough” by mistery figure Clive Alphonso. This single followed up his song “Moving Together”, which was only featured on the compilation “Reggae In The Grass”, and actually appeared to be the end of the singer’s recording career. A great Rocksteady vibe comes from “Love”, a tune done by Rudolph Simmonds aka Bop, a popular dancer and the lead singer in the first constellation of The Beltones.

From the B-side of Zoot Simms single “African” comes Soul Agent & Soul Defenders’ “Popcorn Reggae”, a funky groovin’ instrumental with vocal snatches. Next drops Alton Ellis’ superb 1972 single “Knocking On My Door”, followed by Roy Tomlinson’s heavyweight treat “I Stand For I”, a delicious prime cut of rumbling Rocksteady. “Spirit Down Below Here”, recorded in 1969, is a solid tune from a vocal group called The Soulites aka The Destroyers consisting of Jaiq Sterling, Darvel Weir and Carlton Paterson (later producer of the Black & White label). Great horns and a bright, sinuous skank with a totally singable, deftly harmonized hook are the main pillars of the 1970 recorded great single “Press Along Nyah” by Larry (Marshall) & Alvin (Leslie). The blinding reggae instrumental “Guess What” sees Cedric ‘Im’ Brooks in combination with the Sound Dimension on a tuff early 1970s skank. And then there’s the early sufferer’s plaint, Trevor Clarke’s solid “Sufferation”, the flipside of Jackie Mittoo’s “Hi Jack”, followed by the Officials’ 1972 roots tune “Ten Years Ago”.

Fast forward to the early eighties with Johnny, Earl & Jennie aka Johnny Osbourne, Earl Sixteen & Jennifer Lara, who shine bright with killer vocal harmonies on “Dub Street” across one of Sound Dimension’s tuffest riddims, “Mojo Rocksteady”. The roots piece “Always Trying” on Alton Ellis’ “Still Trying” riddim track is one of six classic tunes Coxsone Dodd recorded with Judah Eskender Tafari. Eddie Constantine excels on another roots offering called “Tenement Yard”, which comes across a version of Keith & Tex’ “Tonight” riddim. And last but not least there’s Johnny Osbourne who delivers “Unity”, another cut on the “Heavenless” riddim after having done “Murderer”.