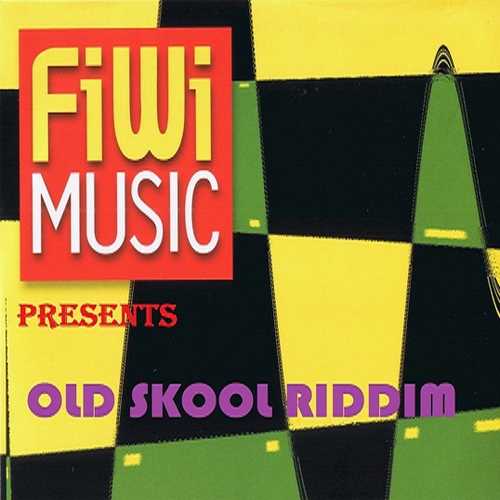 Early 2004 FiWi Music delivered two wicked reggae riddim projects on 7″ vinyl – “Stanpipe” and “Uptown Top Rankin'” (aka “I’m Still In Love With You”) – which followed up previous released riddims such as “Tuff”, “Jelly Water”, “Kata”, Natty Bay” and “Who Dat”. However, the riddim created by Fiwi Music’s production camp that was really successful and appealed the most to reggae fans world wide was the 2005 released “Old Skool”. Previously only released on 7″ vinyl (although a few later appeared on artist albums), the “Old Skool” riddim is now reissued in digital format with the addition of a brand new tune – Da’Ville’s “There You Go Baby”.

“Old Skool”, as the name of the riddim indicates, brings back the values of the good old days of reggae and lovers rock. Mr. Vegas is widely known as the dancehall singjay who achieved his international breakthrough with such dancehall boomshots as “Heads High”, “Nike Air” “Pull Up”, “Tamale” and “Hot Gal Today”. At the time only few knew that he’s equally at home with melodic reggae riddims as can be heard while listening to his moving lovers tune “Do You Know”, one of the best cuts voiced over the “Old Skool” riddim.

Furthermore the roster of artists who come up with their own piece on the riddim features well known hitmakers such as Ghost, Courtney John, Da’Ville, Lukie D and Lenn Hammond and also a few lesser known names like the two songstresses Rudy and Divine Brown. Rudy’s “Float Away”, Courtney John’s “What You Say”, Ghost’s “I Swear” and Lenn Hammond’s “Quality Time” maintain the quality of the Mr. Vegas tune and are truly worth hearing. With the other efforts being not far behind it’s obvious that this is a very enjoyable and entertaining bunch of tunes.