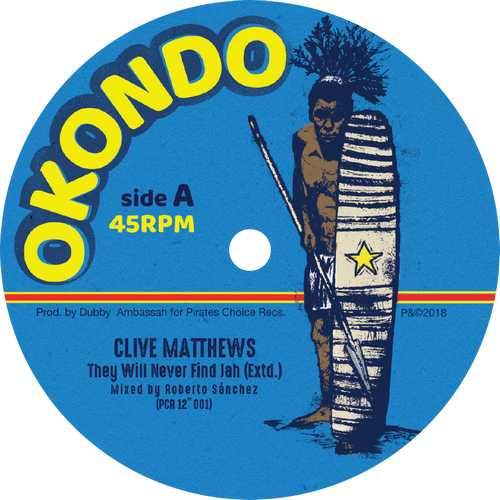 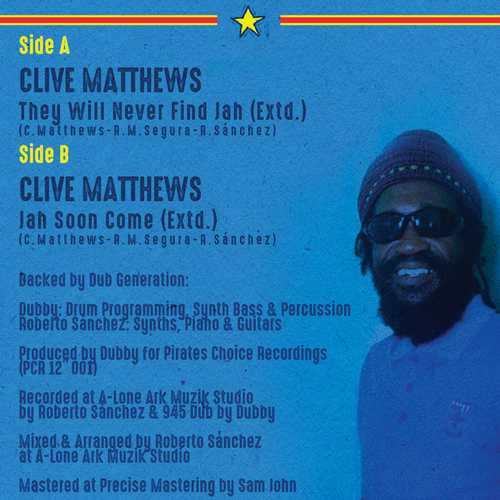 It looks like Spanish producers have a keen ear for underrated veteran artists from Jamaica. After having seen the November 2017 release of two 7″ vinyl singles, featuring the Clive Matthews tunes “Never Too Late” and “Jah Live”, produced by Roberto Sánchez and Roberto Sánchez & Santiago Villavarde respectively, it’s now Dubby Ambassah, who together with Roberto Sánchez has produced two songs by Clive Matthews for his own Okondo label. For those who have never heard of Clive Matthews here’s a brief introduction of this veteran singer from the golden era in reggae music.

Clive Matthews’ first recording was the nice and chunky single “My Girl Has Gone”, released in the mid ’70s on the Percival label, and recorded at Dynamic Sound with the Now Generation Band. Producers Norman “Fox Fire” Vassell and the late Clinton “Percival” Williams started to work with Clive Matthews in the late ’70s, which led to the recordings of a few real killer roots tunes. These included “Big Brown Eyes”, a tune with tough horns, which was so well received and popular that it was re-cut in the early ’80s in a more rub-a-dub style! And there also was “Apology”, “Am Going Home”, and “Jah Guide”. The latter is classic roots originally released only on a UK 12″ single on the Ethnic Fight label. “Ragamuffin Style”, a killer uptempo tune, was done in a digital style and was every bit as good as his classic ’70s output. Due to its limited pressings these tunes just never reached the ears of many avid reggae fans when they were first released. (Check Brooklyn’s DKR label for the reissues)

Clive Matthews’ 12″ vinyl single features two spiritual roots tunes of sheer beauty that will surely touch the heart and soul of any fan of vintage roots music. Recorded at A-Lone Ark Music Studio & 945 Dub by Roberto Sánchez and Dubby Ambassah and mixed by Roberto Sánchez, the veteran singer shines bright on both tunes, which come as extended cuts – it really makes your heart jump when you’re an avid fan of the so-called 12″ Discomixes, which were very popular in the 1980s. “They Will Never Find Jah” as well as “Jah Will Come” are anthemic offerings, which although produced in recent times, sound like they were originally recorded in te late ’70s/early ’80s in a Kingston studio.

Conclusion Expertly produced crisp sounding roots tunes, great to hear!!! So, vinyl addicts make sure you get your copy in time, 'cause when they're gone, they're gone.