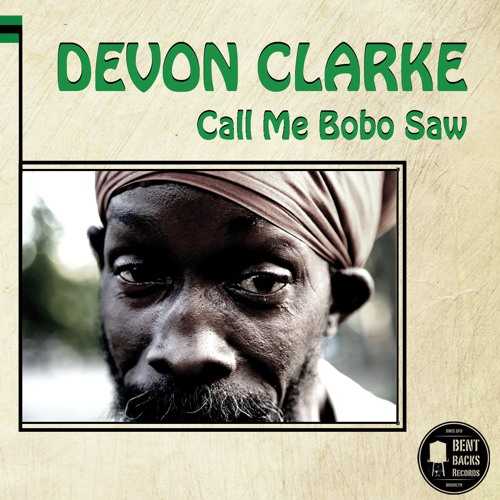 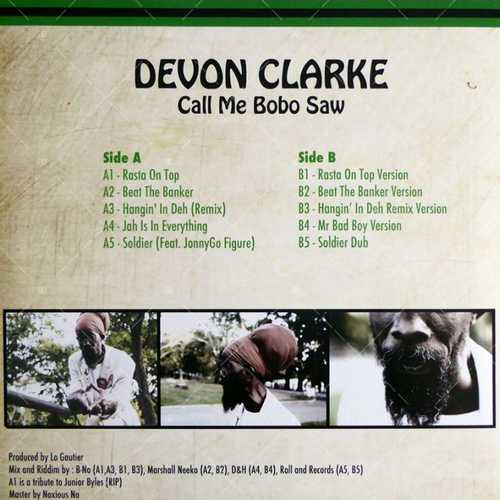 Three vocalists who shared a broadly similar style that seemed tailor-made for the early digital riddims in the mid-eighties were Nitty Gritty, King Kong and Tenor Saw. They all sang in the same oddly expressive flat wail that was a digital counterpart to the Waterhouse style established by artists such as Michael Rose and Junior Reid in the early eighties. The expressiveness was particularly apparent in case of Tenor Saw, the most gifted of the three as a songwriter.

Devon “Bobo Saw” Clarke, a contemporary of King Kong and Tenor Saw whose style is strongly reminiscent of the latter, also started recording in the mid-’80s but largely stayed under the radar. After having migrated to the US, Devon Clarke recorded for various record labels including Massive B, Don One, Kross Out and Digital English. However he wasn’t a very prolific artist. More than thirty years after the release of his debut 7″ single, Devon Clarke finally has his first studio album under his belt. Done in collaboration with Brooklyn-based Bent Backs Records, a label specialized in reggae, rub-a-dub, digital & early dancehall, the “Call Me Bobo Saw” album has the vocal cuts on one side and their versions on the other.

For some it might be a real surprise that the riddims for this album were built by French riddim makers, but it shouldn’t be that surprising as the early digital style is seemingly getting more popular in France thanks to people like the Lyon-based digital master Marshall Neeko. The latter contributes an awesome new version of the King Tubby produced “Tempo” riddim for the “Beat The Banker”, one of the album’s killer tunes. However it’s the digi roots piece called “Rasta On Top”, across a huge riddim done by B-No aka Beno from Paris-based Upfull Posse, that opens the vocal side in powerful style.

And then there’s “Hanging In Deh”, a song written in a studio of the smokey Kingston town in the early eighties that was never recorded. Now the song, across a recut of the riddim from Admiral Tibet’s 1986 tune “Musical Shot” expertly done by Daddy & Hypa aka D&H from Rennes, is given a new chance as its feelings of “hanging” in this world remains the same. Here “Hanging In Deh”, the first song ever recorded for Bent Backs Records in 2013, is treated with a proper remix by B-No. Daddy & Hypa aka D&H are also responsible for the riddim & mix of the spiritual “Jah Is In Everything”, lyrically not one of the best offerings, but all in all a decent one anyway. “Soldier”, the collaboration with JohnnyGo Figure, with riddim & mix by Rennes-based Roll&Record, is a real winner that somehow brings to mind Gussie Clarke’s successful ragga dancehall productions from the late eighties.

For ‘Version’ aficionados the flipside of this album is a must hear. However, when it comes to cause some excitement, it’s “Soldier (Dub)” that makes the difference.

Conclusion A must-have for all fans of mid-80s digital reggae!