Haspar feat. Fikir Amlak – Back Away 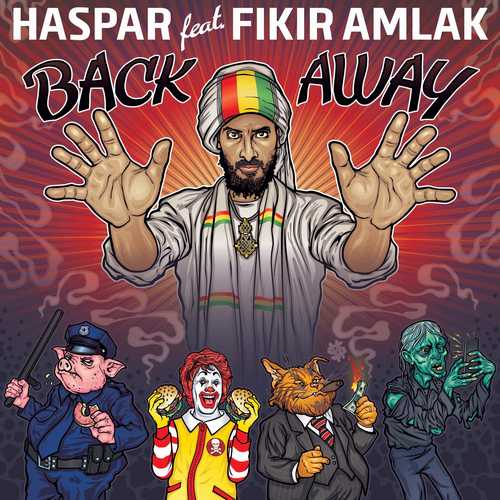 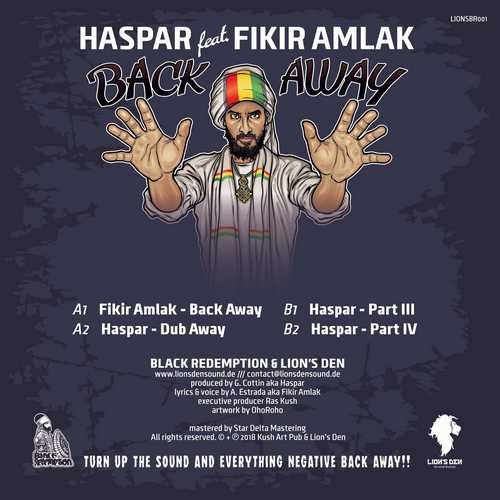 Haspar feat. Fikir Amlak – Back Away

Ras Lion of Lion’s Den, the label, sound system, studio, and production & promotion force situated in Berlin, Germany, is seemingly unstoppable as he follows up the recently unleashed 12″ single “Steamers Meditation” by Natural Tribulation feat. Black Omolo with the release of another noteworthy project. This time he collaborates with Brooklyn-based record label Black Redemption, which is headed by Ras Kush. Just like Lion’s Den, this US label focuses on producing and releasing roots & dub music.

This 12″ vinyl platter, combines the talent and skills of Haspar, a French dub maker from the Alp mountains around Grenoble, and Fikir Amlak from Los Angeles CA. While Haspar is mostly known for his homemade Digital/Steppers creations, of which some of them have been released on labels such as Cultural Warriors, Jah Tubbys, Archetype Records and Reality SoulJah, Fikir Amlak calls himself the Rastafari sonomancer and alchemist for Black Lion Sounds.

Fikir Amlak’s “Back Away” is a huge tune with the American singer effectively delivering his conscious lyrics (everything negative Back Away ey!!!) over Haspar’s overpowering Steppers riddim, which surely will blaze up any dance which is powered by a full Sound. The following track is Haspar’s dub version called “Dub Away”. This one, a heavy hitter with snippets of the vocal fading in and out the mix, letting the essence of the intoxicating riddim come to the fore. On the flipside two more Haspar cuts with “Back Away Part III” being a very catchy and melodic version, followed by the rawer, somewhat minimalist sounding “Back Away Part IV”.

The tracks of both sides were transferred to 1/2inch tape for extra analogue warmth, mastered with care and pressed on high quality 180g vinyl by Star Delta/Delta Disc in the UK. The artwork is this time again by none other than Ohoroho from Slovenia.