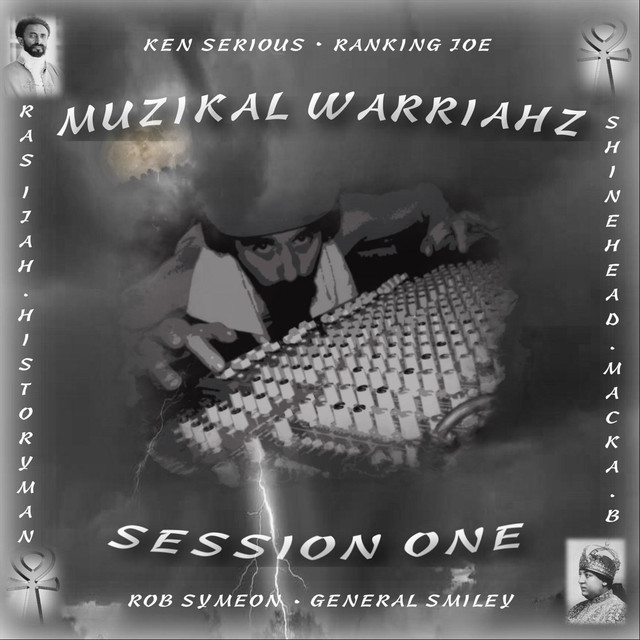 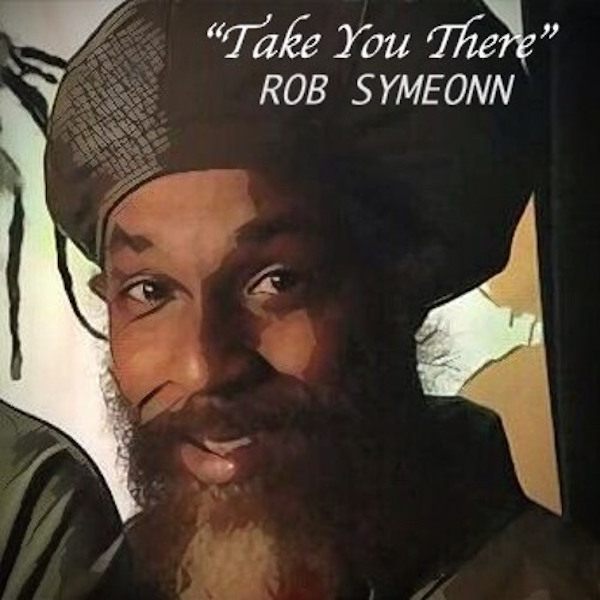 The true essence of King’s Music has spread to all points across Creation…North, East, West and South. The Southwest state of Arizona has been a Roots outpost in The United States for many years. Camp Verde based producer JAH B’s twenty years of unwavering experience is showcased Royally in his recently released “MUZIKAL WARRIAHZ”. An upfront Roots & Culture affair featuring a Fyah roster of true veterans riding purely engaging riddims. Musical reflections of a “dreadicated” independent producer taking no shortcuts and presenting Zionesque vocal and Dub cuts of mighty….

Jah B (Quentin Marsh) is a self taught producer/musician/promoter; an enduring Rootsman who make solid impact at age 13. On stage, he’s backed the likes of Ras Michael, Cornell Campbell, the late, great Frankie Paul, Michigan and Smiley, Sister Carol and Everton Blender (to name a few). Inspired by The Most High, he ventured into promotion and honed his engineering and production skills. After building his Dub Me Studio in 2005, his initial recordings linked him with H.R. (former frontman for Bad Brains) and V.I. Roots ambassador Batch. Jah B has plans to release these historic works.
Jah B has released a slew of crucial singles; including General Smiley’s “Sick & Tired” and “Call Jah Name” by Ras IJah (Eternal Fyah). The tracks are slated for album release in October. He’s currently working on Earl Zero’s new album and working on “Session Two”; featuring Ansel Cridland/Danny Clarke (Meditations), Black Uhuru’s Andrew Bees and many more. Having gained international respect from the Roots community, vocal/Dub cuts from “Session One” will be available on vinyl from U.K’s Roots Cooperation Label. A rising producer with a bright future…

Shinehead opens up the album with “Behold.” The veteran has been front and centre since the ’80’s with Tony Screw’s Downbeat The Ruler Sound System, ruling with a slew of major label albums and now running his successful Kingston 12 Sound System. On top of an pulsating riddim with ethereal keys, licks and kicks; Shinehead delivers a Heartical and Soul stirring observation of Babylon deception. Earthy mix that displays Jah B’s original touch and respect to the Foundation. Hot number! Historyman is a veteran JA Rootsman known for his superb tributes to the chronology of Roots music. Enduring messenjah whose been on the frontlines since the ’80’s. “Babylon System” is a standout selection. Jah B, Jimmy, Keller and hornsmen Bryan and Mike drop a detonating riddim that the singer chants on with intelligence and ZION flow. Serious works with no apology!

Royal vibes are guaranteed when Foundation statesman Ranking Joe contributes to a project. “Strong Survive” is one of his strongest tracks in recent times. The track marks the strong link with Jah B and Dougie Conscious. The riddim is flawless with Jah B’s drums/percussion, Dougie’s bass, I-Lock’s bubbling, Binghi Slew’s licks and horns from Bryan/Mark. The New York based chanter is in vintage style on the forward musical backbone. A positive anthem, Ranking Joe’s flow is pure fulljoyment. Salute to this chanter; whose triumphed decade after decade in the ever changing business. This is heavy stereo frequency! Rob “Spark Igniter” Symeon is one of the finest singers around. Ever since “Abso Root Ly Hot” and “The Chosen One” classic albums, he’s been enormously consistent and his live and studio works are of the Highest caliber. Great element to any album! “Take You There” is classic Roots material. Over the Niyabinghi driven riddim, he exalts a Lover’s piece with the power of Willi Williams. Jimmy’s melodica elevates this Roots symphony to the Highest regions. Beautiful lyrics to riddim!

General Smiley (of Michigan & Smiley) has been strictly Royal since Studio One sessions in the late ’70’s and has worked for a slew of producers with brilliant results. His collaboration with McPullish at Dub Cove comes to mind. The Los Angeles based veteran is strictly Roots Reality on “Times Change.” Over the ethereal and textured riddim, he’s lyrically and vocally potent with a seasoned edge. Truly original track that demands finger on repeat. The final vocal track features the brilliance of Ras IJah (Eternal Fyah). Hailing from Trinidad, his 2002 “Judgement Time” is regarded as a classic and led him to record and work with the best. He’s recorded for the late, great Phillip Smart and African Brothers founder Derrick Howard. He’s opened up for Israel Vibration, The Congos and Morgan Heritage (naming just a few). He blazes lyrical Fyah on “Hail Him.” An undiluted exaltation unto The Most High that brims with truth and originality. Rootsman galore.

“Session One” treats the listener to four potent Dub treatments that showcase Jah B’s mastery and vision at the mixing desk. “Behold Dub” is a whopping great excursion. The producer attains a fresh atmosphere but injects a seasoned edge on par with King Tubby alongside with Bush Chemist elements. No carbon copy, just tuff frequency. The instrumentation is stripped down and broadened up in the right levels. The quality of musicianmanship flows freely with sparse Shinehead vox floating just nice. Tasty! “Dub Warriahz” is Sounds of mighty! A forward thinking Dub anchored by Jah B’s drum, bass and textured keyboards. His Nyahbinghi pulse carries nicely. Just the right touch with minimal use of reverb and echo. This Rootsman is a master of his JAHcraft. “Strong Dub” steps nicely into Dub country. A truthful testament to King Tubby’s theory with original Ites, Gold and Green imprint. Bin shaking territory! “Hail Him In Dub” closes out this album in fine style. The galloping riddim is allowed to shine; Jah B doesn’t present confusing Dub-keeps the vibes alive without trying to outdo any boundaries. His respect to the origins of Dub are omnipresent.

Conclusion "MUZIKAL WARRIAHZ-SESSION ONE" is a totally satisfying vocal/Dub project that maintains originality and exudes Roots and Culture from start to finish. JAH B brings out the best in the high caliber of artistes with crucial manners and respect. Highest recommendation! Go deh!