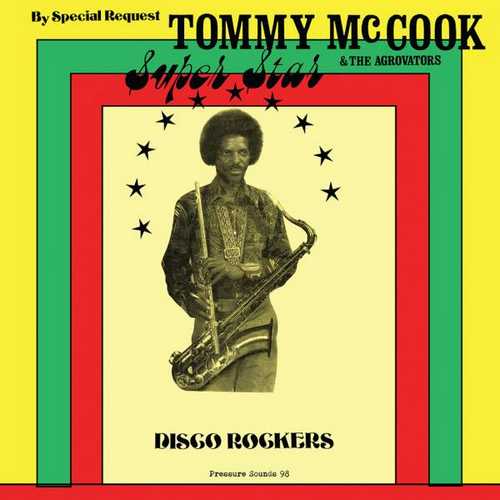 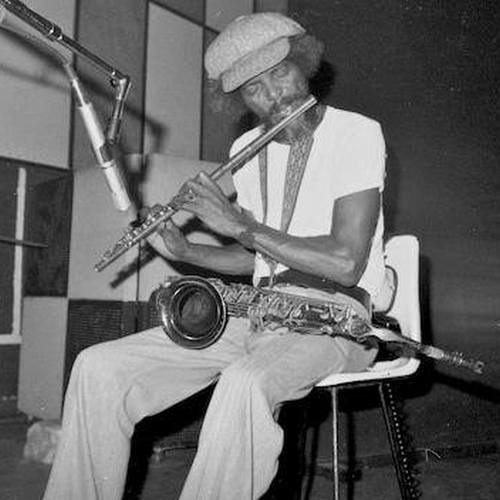 The late great Tommy McCook, a graduate of the renown Alpha Boys’ School, was one of the iconic instrumentalists, who played an important role in the history of Jamaican popular music. One look at the recordings and credits of this legendary musician tells it all. It unveils that he was heavily involved in almost every genre, jazz, ska, rocksteady, reggae, roots, rockers and dub. Probably his most cherished work was with The Skatalites and then with his band The Supersonics who provided all those timeless rocksteady and early reggae riddims for Duke Reid’s Treasure Isle.

Bunny ‘Striker’ Lee was among the first Jamaican producers to realize the potential of using the same riddim tracks time and time again. So it was no surpise that he produced numerous deejay cuts of he most popular Aggrovators riddims. And thus it was almost inevitable that riddims laid by the Aggrovators were further recycled on sundry instrumental albums, which were credited either to the Aggrovators or featured soloists such as Bobby Ellis, Augustus Pablo and, of course, Tommy McCook.

Tommy McCook’s “Super Star Disco Rockers”, originally released on Dynamic Sounds’ Weed Beat label in 1977 (the same year issued in the UK by Third World under the title “Hot Lava”), was overdubbed and mixed at King Tubby’s Studio by King Tubby and Prince Jammy. Although credited to Tommy McCook, this 10-track LP includes two tracks that actually feature alto sax player Lennox Brown alone. That however is no minus, as Lennox Brown is an excellent saxophonist as well. “Super Star Disco Rockers” is packed with great instrumentals, a real treat for the ears. One of the biggest offerings is “Lamb’s Bread Herb”, actually a reworked version of the killer instrumental “Death Trap” he recorded for Yabby You aka Vivian Jackson in 1976. On this one Tommy McCook plays the flute to full effect.

The first two tracks on Side 1, “The Night Rose Of Sherron” and “African Jumpers”, both cuts of Frankie Jones tunes, were popular cuts with Fatman’s sound system. In particular the great “African Jumpers” sounds very familiar and is an instantly appealing instrumental. Also worth hearing is “Rasta A The Master”, a wonderful version of the much covered “Skokiaan”, which is written by Zimbabwean jazzman August Msarurwa. And furthermore this LP obviously includes instrumental versions of Johnny Clarke and Cornell Campbell songs, two artists that were very successful under the wing of Bunny ‘Striker’ Lee. Personal favorites are “Herb & Honey”, “Roots Of Africa” and the album closer “The Bionic Horn”.

Tommy McCook’s “Super Star Disco Rockers” has 2 bonus tracks on CD and will be released together with the Bunny Lee & The Aggrovators album “Super Dub Disco Style” as a double CD.

Conclusion Great LP with instrumentals at its finest, delivered by world-class musicians.