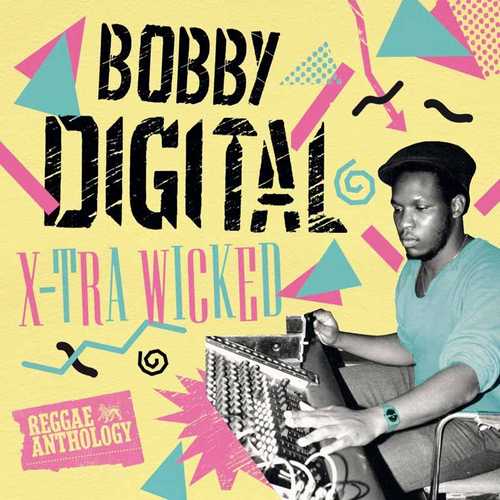 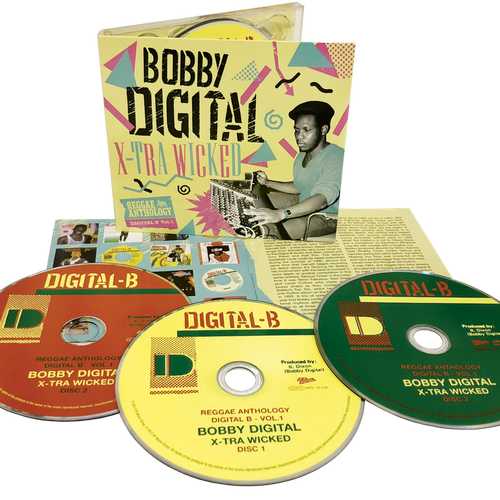 Robert Dixon, better known as Bobby ‘Digital’ Dixon, grew up in West Kingston, – a sprawl of ghetto neighbourhoods stretching out from Spanish Town Road to Washington Boulevard, and with Waterhouse at their epicentre. Attending the local dances in his neighbourhood he became fascinated with the sound and its technical aspects of the soundsystems. His brother studied electronics and Bobby read his books and learned a lot about the subject. He started repairing electrical stuff and was introduced to Prince Jammy where he rapidly learned dub-cutting, voicing and mixing under Jammy’s tuition. Bunny ‘Striker’ Lee named him ‘Digital’ after witnessing his ready grasp of the latest technology, used during the rise of Steelie and Clevie’s computerised riddim tracks in 1985. Very soon he was to play a pivotal role in the running of the studio and recorded extensively with artists like Sanchez, Cocoa Tea, Shabba Ranks, Chaka Demus, Admiral Bailey and many more.

Around 1988 he formed his own Heat Wave sound system, build his own studio and set up his Digital B label. Shabba Ranks, with whom he had recorded several hits at Jammy’s, was the first one to voice at Bobby’s own studio. Those initial sessions resulted in songs like “Just Reality” and “Wicked In Bed”, tunes that he would include in the 1990 album “Just Reality”. That album was a more raw dancehall orientated set of slackness tunes and rootical tunes. The stylistic origins of the genre reggaeton may partially be traced back to the song “Dem Bow”, from that particular album. That album paved the way for Shabba Ranks’ international career. He specialised in skilfully recreating classic riddims from the past inna digital style and released numerous one (or two) riddim albums.

The early nineties saw top notch releases from Sanchez, Dirtsman, Gregory Isaacs, Admiral Tibet and Pinchers to name but a few. Dancehall fever swept the island with tunes from Ninjaman, Cobra, Jigsy King, Daddy Screw, General Pecus, General Degree, Major Mackerel and Buju Banton. The latter would score with a heavily reconstructed lick of the ‘Pick Up The Pieces’ riddim called “Good Looking Gal”. Around 1992 Bobby teamed up with a deejay-turned-singer from Mandeville, Garnett Silk. He would inspire several deejays to make the transition from slackness and gun lyrics to roots. The album “It’s Growing” was Garnett’s impressive debut set. In 1993 he’d enjoyed dancehall chart success with tunes by Cobra, Terror Fabulous and Louie Culture. By 1994 reggae fans were already accustomed to buying anything on Digital B by sight. The Bobby Digital story continues on the second volume, “Reggae Anthology Bobby Digital Vol.2 – Serious Times”

The 40 songs on this collection are a truly stunning showcase of Bobby Digital qualities as a producer and mixing engineer. If you’re a reggae fan it’s impossible you won’t know and love these tunes. Disc One starts with three cuts pon the ‘Peanie Peanie’ riddim, best known track of course by Shabba Ranks, followed by two licks of the ‘Real Rock’ riddim -Pad Anthony’s “Shake Them Down”and the awesome “Love Me Truly” by the duo Shabba Ranks and Cocoa Tea. More riddim niceness with 3 tunes on the ‘Tune In’ riddim – “Bless Me” by Horace Andy, the hugely popular “Little Sound Boy” from Johnny Osbourne and Shabba’s aforementioned “Just Reality”. The mighty Sanchez recut John Holt’s “A Love I Can Feel” as “I Can’t Wait” with tremendous success. Admiral Tibet had voiced “Serious Time” at Jammy’s and once Bobby had added overdubs by Shabba Ranks & Ninjaman it became even a bigger chart smasher! Bobby’s reworking of the “Cherry Oh Baby’ riddim is featured here twice, Dirtsman with the glorious “Tek Him” and Tony Rebel’s “Sweet Jamaica”.

Disc Two takes off with Glen Rick’s lick pon Ken Boothe’s ‘Moving Away’, the riddim returns with Half Pint’s exceptional hit success “Substitute Lover”. Johnny Osbourne redoes his Studio One hit “Play Play Girl”, followed by Admiral Tibet’s “Keep On telling Me” across Treasure Isle’s ‘I’m In The Mood For Love’ riddim. Garnett Silk lays down some serious roots business with “Bless Me” while Sanchez comes up with the popular ‘Rougher Yet’ riddim as he performs the lovers tune “Missing You Now”. The badboy of reggae Leroy Smart voiced a satisfying tune “Victory Is Mine” across Bob Andy’s ‘Unchained’ riddim. Pinchers and Mad Cobra shine on Bobby’s digital reworking of the ‘Ba Ba Boom’ riddim. The Warlord Bounty Killer recorded the tough dancehall tune “Long Or Tall” using ‘Death In The Arena’ riddim. Jackie Mittoo’s stunning ‘Hot Milk’ is the backdrop for Cocoa Tea’s “No Threat” and Shabba’s “Respect”. Killer Tunes!

The third disc is a DVD (52 minutes). In his studio, sitting at his mixing board Bobby Digital tells the story of his career, assisted by several big names in the reggae business: King Jammy, Bunny ‘Striker’ Lee, Cocoa Tea, Dean Fraser, Mikey Bennett, Nadine Sutherland, Sizzla, Clifton ‘Specialist’ Dillon, Computer Paul, Sly Dunbar and many more. A very interesting story, though it’s sometimes hard to fully understand due to the fact that there are no subs for the Patois spoken parts.