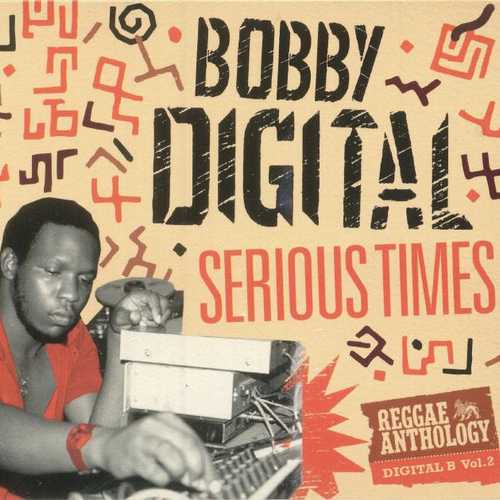 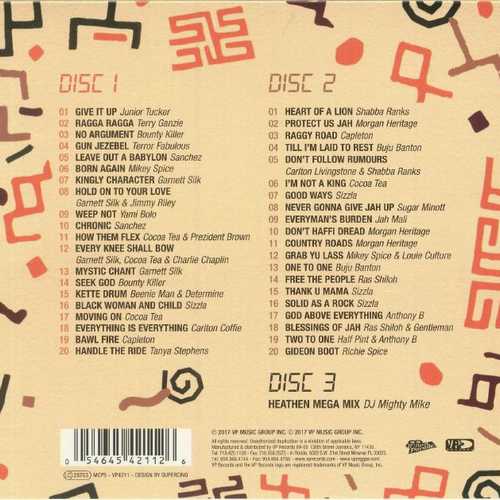 From computer to real music

In 1994 Bobby Digital’s output reached higher heights, but at the end of that year Garnet Silk died after attempting to rescue his mother from a burning house. The compilation set “Operation D. Vol.1” was a popular set and in 1995 Cocoa Tea’s debut set for Bobby Digital, “Love Me” aka “Come Love Me” was released. It included two lethal soundbwoy tunes: “We Do The Killing” and “No Threat”. Bobby Digital’s take on Bob Marley’s “The Heathen” was picked up by Irie FM’s Mighty Mike, who created the album “Heathen Chant Megamix”. Mighty Mike has been a fervent supporter of Bobby’s productions from the beginning. Several impressive songs were voiced pon the riddim, but Morgan Heritage’s “Protect Us Jah” pointed the way forward and heralded the arrival of this new reggae band from Brooklyn. The band’s debut set “Protect Us Jah” was released in 1997 by VP Records. It also marked Bobby’s switch from computerized music to real musicianship and live riddims.

That same year he released another landmark set. Sizzla, a lyricist of rare depth and originality, with an almost religious intensity, regarded as an integral part of the ’90s cultural revolution in reggae music, teamed up with Bobby for the anthemic “Black Woman & Child” album. The album was a new milestone in the unstoppable development of contemporary roots reggae music. Jamaica was in the grips of a cultural revolution, Bobby launched his Brick Wall label and enlisted Cali Bud (nephew Sheldon Stewart) and Arthur Simms for his Digital B team. Morgan Heritage’s 1999 “Don’t Haffi Dread” was one of Bobby’s best-ever albums. “The album is a piece of beautifully arranged music and sublime songwriting, an irresistible set of easy skanking riddims.” He released a second Garnet Silk set -“Give I Strength”-, containing unreleased and remixed material recorded between 1992-94. The album “Good Ways” by Sizzla used revitalized riddims as well as original riddims, all providing a good vehicle for this deeply spiritual talent. Whether it’s about subjects like social inequality, political corruption or destruction of the environment Sizzla uncompromisingly attacked them all.

New and talented vocalists like Jahmali, Nisha K, Ras Shiloh and Bushman voiced excellent cuts at Digital B. Sizzla’s “Da Real Thing” had everything a reggae fan, and Sizzla fan too, had been longing for. An inspired sounding artist, strong conscious lyrics, great harmonies, and impeccable riddims played by real musicians. The Trinidadian singer Jamelody was discovered by Bobby, and although his output has slowed down in more recent times he still puts out quality driven productions by artists like Richie Spice, Richie Stephens, Iba Mahr, Lymie Murray and Chezidek. Among his protégés is his son Craig Dixon aka Giark. He has been instrumental in creating music for artists worldwide including Chronixx, Kabaka Pyramid, Daniel Bambaata Marley, Fay-Ann Lyons and Raging Fyah among others.

Volume 2 of the Anthology is a superb digipack with three discs and a booklet by reggae historian John Masouri. Disc One starts with Junior Tucker’s lovers tune “Give It Up”, followed by two licks pon 1994’s popular “Bulldozer” riddim. Both Terry Ganzie and Bounty Killer deliver their deadly goods in fierce style! Terror Fabulous as well as Sanchez perform equally strong conscious tunes on the “Rope In” riddim. Ernest Wilson’s “Undying Love” forms the background of Mikey Spice’s “Born Again” and was the title track of his 1996 album for Bobby Digital. Bobby’s production of Garnet Silks’ “Kingly Character” was highly popular, while “Hold On To Your Love” features vocal assistance from Jimmy Riley. Garnet Silk’s “Mystic Chant”, containing nuff biblical references, sees him in religious chant style across Bob Marley’s “Natural Mystic” riddim. Horace Andy’s “Mr Bassie” originated at Studio One, here young Yami Bolo performs an awesome version! The combination Sanchez & Bobby Digital resulted in several excellent slices. “Chronic” is one of those classic tunes, it runs across the “Love Me Forever” riddim. Cocoa Tea & Prezident Brown with “How Them Flex” is roots reggae to the max and the same goes for Garnet Silk, Cocoa Tea & Charlie Chaplin with “Every Knee Shall Bow” pon the immortal “Stalag” riddim. The Nyahbinghi “Kette Drum” riddim was heard first on “Till I’m Laid To Rest” by Buju Banton, included on the second disc of this package. Three more cuts of the riddim are included in this package. First the awesome “Black Woman And Child” from Sizzla, Beenie Man & Determine with “Kette Drum” and Cocoa Tea’s “Moving On”. The mighty Capleton excels on “Bawl Fire” and Tanya Stephens closes the first disc with her take on the “Lecturer” riddim.

Arguably Shabba’s strongest roots track “Heart Of A Lion”, opens the second disc. Pon that same riddim-“The Heathen”- follows Morgan Heritage with “Protect Us Jah”. Capleton’s “Raggy Road”, is an authoritative lick across the “Satta” riddim. On his label Brick Wall, Bobby released several impressive one riddim sets. Derrick Harriot’s “Solomon” riddim was used for the riddim set “Digital Impact” and included “Don’t Follow Rumors” by Carlton Livingston and Shabba Ranks. Jah Mali with “Every Man’s Burden” was found on the “Boogie Down” riddim album, a take on the “Bend Down Low” riddim by Bob Marley. Further highlights include the massive hit “Don’t Haffi Dread” by Morgan Heritage, the combination Mikey Spice & Louie Culture with their version of “You Don’t Care” riddim, “Grab Yu Lass” and Sizzla’s “Thank U Mama”. Ras Shiloh’s tune “Free The People” uses the same riddim – “One To One”. Sizzla and Sugar Minott ride with pride and dignity the rocksteady riddim “Breaking Up Is Hard To Do”, both tunes (“Good Ways / “Never Give Jah Up”) have become classics and still sound fresh! The disc ends with a hit tune from 2006, Richie Spice with “Gideon Boot”, the Bobby Digital rendition of “Johnny Too Bad” from The Slickers.

Finally there’s disc three. It’s the “Heathen Chant Megamix” by Irie FM deejay Mighty Mike, a nonstop mix of versions of Bob Marley’s “The Heathen”. As said before, Might Mike was a longtime fan of Bobby’s music and his MegaMix is an excellent nonstop piece of work with no less than 22 vocal cuts. Irresistible!