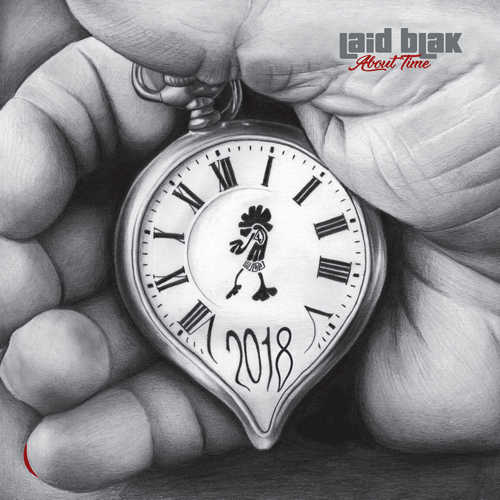 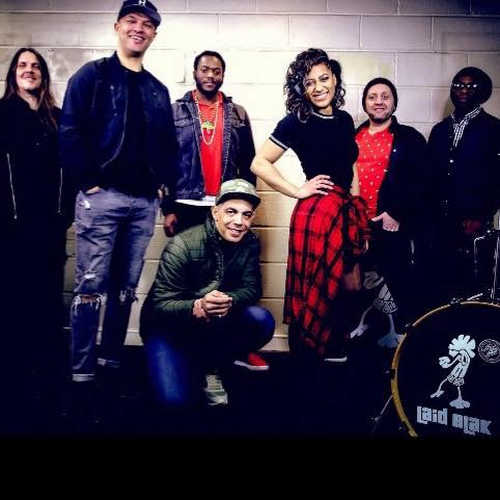 Reissue labels Bristol Archive Records and Reggae Archive Records, and their sister imprint Sugar Shack Records (focusing on releasing new British Reggae, Dub and Bass Culture music), have proven to be a very good source for discovering interesting UK-based artists/bands from past and present. When it comes to present times the 2012 formed four-piece band Royal Sounds struck a chord with their late 2017 released surprisingly good debut album “Burning Inspiration”. And now there’s another band that comes to the fore.

Bristol’s Laid Blak was brought together after producer DJ Bunjy joined forces with MC Joe Peng to conquer the 1990s jungle and rave scenes. The duo’s musical direction took a course that has led them to seek out some of Bristol’s finest: Lui the bass player, Stacy on drums, Scotty the guitarist, Sam on keys and Tita Lau the vocalist. What started as a studio project evolved into this acclaimed live act that rocked immense crowds at countless festivals since the release of their 2012 debut album “Red & Blak”, put out by Reel Me Records.

Almost six years after their first full length studio album saw the light of day, Laid Blak’s sophomore album -- aptly titled “About Time” -- is finally out on the streets. The 13-track album comfortably straddles styles that cover a range of bases in contemporary reggae music, and thus the listener is treated to a diverse and eclectic sound. There’s really something for everyone on this expertly produced album which from beginning to end has great sonic appeal.

The Jazz-tingled breezy album opener “Cool Dude”, a low-key offering that is filled with humour, whistling, street observed lyrics and scatter-fire vocals, gets things started. It’s daring to open with such kind of tune, but Laid Blak gets away with it as musically and vocally it’s done so well that it immediately appeals to the ears of the instantly head-nodding listener. Different vibes drop with “Mic Man”, a totally convincing old-skool styled dancehall tune that makes you wanna move your dancing feet. Guest vocalist Tanya Lacey shines bright on a wicked rendition of Tanya Stephens’ huge hit “It’s A Pity” from 2004. It’s followed by the fabulous up-tempo blaster “Hold On”, which musically is a very interesting and cleverly done intoxicating piece. A great tune to end a thoroughly entertaining and satisfying opening.

Rest of the album

Also the rest of “About Time” contains some great irresistible music from a band that brings -- as they call it -- a distinctive brand of street soul. One of the highlights is “Little Bit Of This”, a captivating song that celebrates life and comes with a cheeky, chatty Smiley Culture vibe. Besides that further worthwhile offerings are the compelling serious tune “No Way Out”, the collaboration with Tanya Lacey & MC Dee called “Serious”, and the massive roots piece “I Feel It” featuring Flex. Simply beautiful is the powerful anti-war song “War”… one that starts in a modest way but explodes towards the end. Then this refreshing collection of tunes is rounded off with the uplifting “Trying”, a tune with lyrics that keep you involved.

Conclusion A refreshing album with a diverse and eclectic sound.