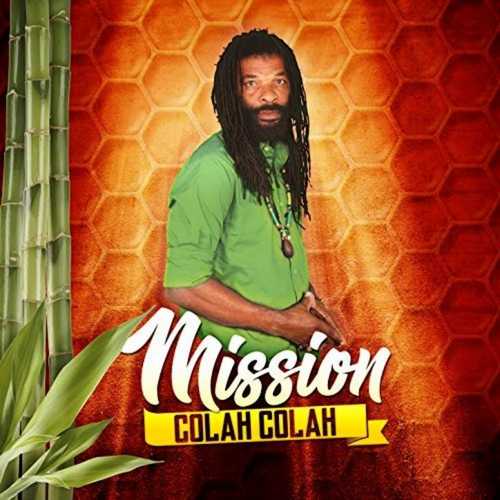 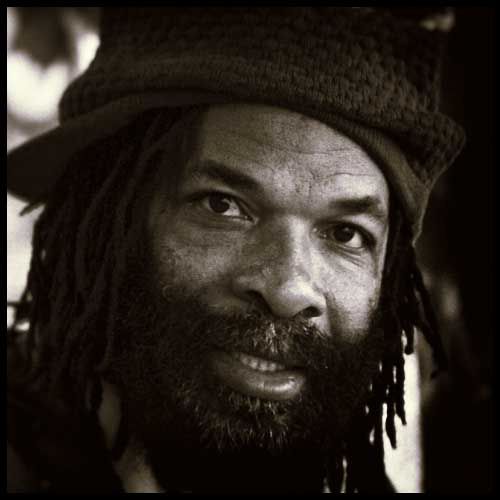 “One Love Unity Network.” The veteran and highly conscious chanter COLAH COLAH has spread this Heartical connectivity all points, North, East, West and South. This humble Rastaman has been delivering resonating albums on a consistent basis, raising the levels each and every time. His just released “MISSION” brims with JAH energy with Conscious and social commentary that shines like a blazing Fyah…

Stephan Bygrave hails from Jonestown (Kingston). As a youthman, he was captured by the Royal vibes and rallied around Penthouse and Music Works Studios. By 1994, his debut single, “I & Jah”, made solid impact. In 1999, he formed “Covenant Radicals”, sharpening his music industry knowledge. Colah Colah-“color” has been in forward locomotion ever since. His debut album, “Steady Meady” (2008) yielded a slew of hits. His latest album is his 9th album; an amazing amount of material that bears excellence throughout. Making mention of “Up & Running” (2010), “Networks” (2012), “Network & The Future” (2013 w/Turbulence), “One Love Unity Network” (2014), “Unstoppable” (2015), “Togetherness” (2016) and the recent “Bless Up The Farmers” (2018). Many of his albums feature crucial combinations with the likes of Luciano, Andrew Tosh, Mikey General, Patrick Andy and many more. Yes, the Roots network is strong. He’s performed extensively in the international arena; his historic set at 2015 Rebel Salute was a pivotal moment in his career indeed. Actively involved in the community, he’s an element of Jamaica’s Climate Change Project. All in all, a true ambassador and messenjah of King’s Music…

“Mission” is blessed by some of the best in the business. COLAH COLAH has linked with numerous JA/European musicians and producers with great success. This time around, he links with Austria’s House Of Riddim (one of Europe’s leading riddim sections and producers since 2004). Norway’s Ole Schweder (7 Worlds Label) was brought in also. Adena Myrie (Buju Banton’s sister) brings her sweet backing vox; a long standing link in Stephan’s network. Superb mix by Andron Haase (Kilimanjaro Studio, JA) and Hasani Williams (Mixing Lab, JA). The promotion skills by Jerome (Irie Ites/Musical Impact) have spread awareness of this engaging album proper. A committed ensemble that provides solid structure for Colah Colah’s pure energy and positivity…

“Network Movements” opens up in fine style. From the first note, the Heartical frequency goes sky high! An instant hook, liner and sinker; COLAH COLAH chants in fine style over a lush riddim peppered with Parvez Syed’s bubbling, Sam Gilly’s taut drums and Manfred Scheer’s lilting bass. House Of Riddim is a Rightful balance; having backed hundreds of artistes. Anthony B’s go to band for sure. “You Can’t Win” is a pure winner! The chanter has a great songwriting ability and arranges a universal anthem with serious something. “Hold your meditation and don’t give in.” Angelic harmony from Adina Myrie indeed. From lyrics to riddim, this is instant rewind with purpose and integrity. “Can’t Stop These Songs” is a whopping great excursion! An undiluted salute to King’s Music and it’s makers, this is raw energy that showcases his unmistakable flow and lyrical grasp. Serious backing from HOR! COLAH COLAH chants with confidence; there’s hints of country living vibes intertwined-Blue Mountain rich.

The levels continue with “Every Day.” An ode to The Most High, Stephan is front and centre on the microphone stand with Band in full effect. Parvez’s organ work and Herb Pirker’s licks are superb. This chanter’s approach grabs the listeners’ attention with pure truth and conviction. Boom! The title track is blazing Fyah. Deep Roots chanting within One Love Network that carries universally. Serious and detonating riddimwise, these tracks are all chart busting contenders. The networking between singer and players of instruments is Jah movement. Crisp and concise on the mix for sure. “This World” is a lively up affair! Delivering in a hypnotic chant jay style, he exalts the virtues of Creation with streaming positivity. Adina’s ethereal vox are ZIONesque all the while. COLAH COLAH creates engaging hooks throughout every song, beautifully done with Roots and branches embedding Heart and Soul.

Top Notch In All Aspects

“Elevation” is diversity all the way. This is 7 Worlds (Norway) Ole Schweder upfront on production and riddim. This is the first 6/8 time Reggae track. Stephan excels over the layered riddim with Fyah on the wire. Pure message of positivity that inspires one and ones to prosper despite any circumstance. Standout selection with no objection! “Why” is another superb offering; wood for the fire indeed. A keen observation of peoples’ wrongdoing delivered with lyrical and musical sugar and spice. There’s tinges of Anthony B and Perfect Giddimani in his original delivery. His influences include Robert Nesta Marley and Shabba Ranks; he’s honed his versatile vocalisms with manners and respect. Top notch in all aspects. “Ghetto (Pain & Sorrow)” is a powerful track. Some artistes touch on serious matter without true experience. Well, COLAH COLAH navigated his Youthman days in Jonestown; a musically rich part of Kingston where one has to be wise even to survive. A truthfully bound song embedded with personal experience and fueled by the limitless riddimatic range of House Of Riddim; these craftsmen can play!

“Jah Love” is a tour-de-force. A skillfully arranged message, this messenjah fires on all cylinders with tuffest riddim power and graceful backing from Adina. Finger on rewind again and again. “Children Of Jah” furthers the ZION frequency. A Righteous rally that displays his vocal range for true. This is Roots music, undiluted and undistilled. On top of a superb riddim flecked with Sam’s taut drums and Herb’s guitar tones, this is an anthem for all of Creation. “Jilly Wees” is a skanking great atmosphere. The title refers to “downpressors” and chants them down to the ground. Another totally catchy track laden with intelligent flow and Parvez’s crucial bubbling. Superb tracking! “On The Move” is mystically moving and uplifting! COLAH COLAH is changing dread with a seriously tuff frequency. This gem requires repeated listening to Fulljoy and absorb the absolute power within. The accordance between singer and musicians is impeccable. Great closing track to this album…

Conclusion COLAH COLAH's "MISSION" is his most engaging album to date. His catalogue brims with excellence and substance but his latest offering elevates to higher ground. The energy and Royal essence is omnipresent; a seamless cooperation from all involved in this album. 2018 has seen a lot of dynamic releases, "MISSION" has the Ital ingredients to be one of this year's best. Don't hesitate on this gem, guaranteed to please fans both old and new. Go deh!