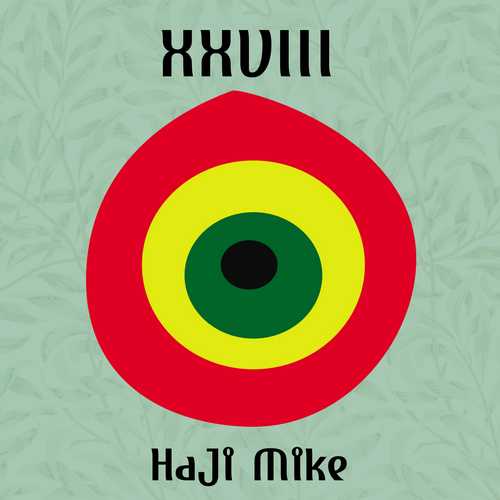 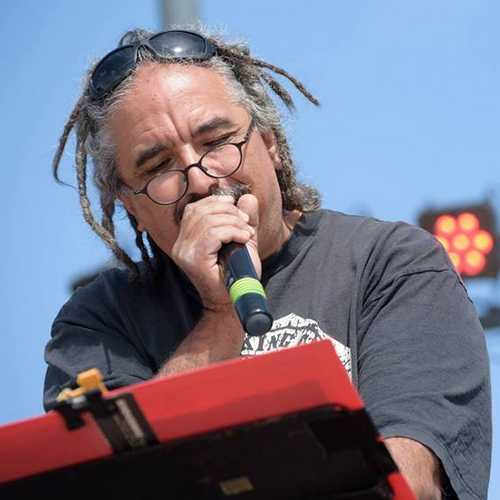 Dub Poetry has been rooted in Reggae music for decades now. The undiluted expressions sparked by Oku Onuora, Mutabaruka, Michael Smith, Linton Kwesi Johnson and carried forward by Mojiba Ase, Yasus Afari and many more is pure word, sound ‘ave power. For the last 28 years, Haji Mike has released Conscious works with a myriad of artists and producers. Works that have reached the four corners of Creation. His latest solo album, “XXVIII” translates numerically to “28” and is a whopping great observation of the people, places and true experiences this multi talent has come across over the years. ORIGINAL something….

Haji Mike’s contributions are as broad as his lyrical observations. A longstanding Dj(currently on Lockdown Radio); Professor at University of Nicosia and accomplished writer. His musical journey began in Green Lanes, London; versing on cultural riddims. His original style caught fire and cemented long standing bonds within the industry. He relocated to Cyprus and remains an enduring statesman within the region. He released his first single in 1990 and has never looked back. His catalogue is tremendous and consistent; his contributions have graced numerous Dub, Hip Hop and World Music projects. His full length albums are classics indeed. “Haji Mike On The Mike” (1994) created a solid stir. “Haji Mike & Dub Caravan-Virtual Oasis” (2010) is crucial work! In 2015, he teamed up with ace producer Al Breadwinner for the widely acclaimed “Midnight Stories @ 3.A.M”. Over the years, he’s performed from Greece to Japan, from South Africa to Jamaica and throughout Europe. One of the more enduring messenjahs in the business…

His new album is a collaboration with Cyprus based musician/producer Med Dred (who has created Deep Roots music for years now). Additional sessions took place at Grafton Studio (JA) featuring the late, great Nambo Robinson and the great Dean “Cannon” Fraser. The results are all the way strong….

“Friend” opens up strong; a revisit of a track Haji Mike created years ago. Over a pulsating riddim blending JA/Cypriot tones, he defiantly and poetically observes in a rich UK/JA style that’s completely original! He’s honed his limitless delivery razor sharp over the years. “CY2JA” is a crucial celebration of Cyprus/Jamaica connectivity. The skanking riddim is flecked with Greek guitar and the veteran raises the energy with an excitable approach. Instant rewind! “No Nazi” displays his versatility. Possibly a tribute to Greek musician Killah P, Haji delivers potently with a fire akin to LKJ’s pivotal moments. Med Dred’s musicianmanship and mixing skills complement this tour-de-force. Haji Mike gets to the Roots of the matter with “Only Jah Can Judge Me.” Med Dred’s one drop pulses are accentuated by Nambo/Dean’s superb hornsmanship. This is undiluted and DREAD truth about people’s wrongful judgements. A masterful excursion in all respects! “Pipe Of Peace” is a Rightful ode to poet Serge Gainsbourg. Haji Mike is deeply philosophical and relays that absolutely lyrical. This is a wordsmith that believes every intelligence he verses. Master of his craft. Med Dred offers a Dubby feel to this Royal slice. “Reggae (So Sweet)” is how it’s done. Backed by a crucial Dancehall riddim, he flows with pure engagement of Heart and Soul. A vibrant ode to King’s Music.

As mentioned earlier, this album reflects Haji Mike’s journey and experiences. The Soul stirring “Papa” and “Mama” are two Rightful tributes to his parents. Both tracks are driven by rich Stepper’s riddims and his poetic stride is in full effect throughout. Proper and clean mix on both tracks. “Capitalism Is Stark Raving Mad” has the power of the late, great Michael Smith’s “Mi Cyaan Believe It.” A purely undiluted and DREAD flow that accurately depicts the perils in Babylon. Serious thing! “The Ten Commandments Of Dub” is sheer brilliance! A purely original Ites, Gold and Green print in accordance with his experiences and The Most High. He mentions of not thieving one’s dubplate and Commandment Three: “let there be Dub seven days a week!” An engaging piece of JAHart. The listener is treated to three upstanding Dubs to close out this superb set. “Only Jah Can Dub Me” is crisp and clean and it’s pure Ites to hear Nambo and Dean Fraser in total effect. “Pipe Of Dub” is a majestic outing with melodica tones elevating proper. “Dubbing The Ten Commandments” steps further into Dub country, with wisps of Black Ark in the ital stew. Maximum respect to Med Dred; a master craftsman indeed.

Conclusion HAJI MIKE's "XXVIII" is absolutely essential. He's able to convey pure message with a variety of styles; all of them crucial. The ability to blend Mediterranean and Caribbean culture with his London upbringing is flawless. An album that grows on the listener with each and every listen. Highest recommendation! Go deh!