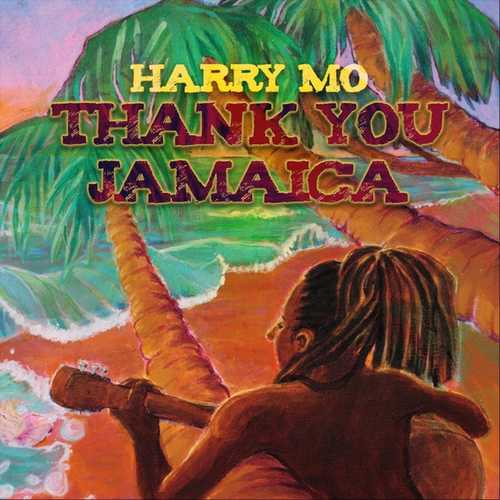 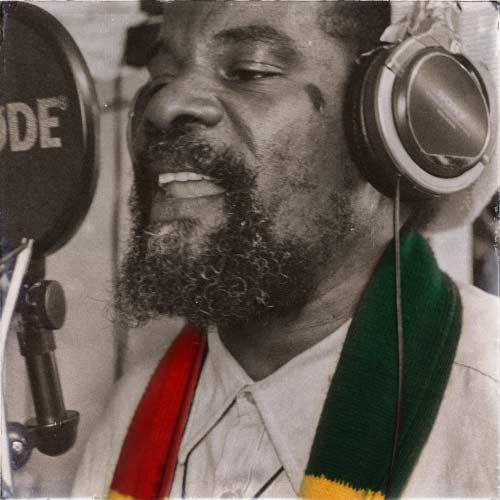 HARRY MO. Ras Matios. A humble Rastaman whose skill set has graced numerous albums; either as part of enduring Roots bands or unforgettable solo albums. The much travelled messenjah has just released his fifth solo album, “THANK YOU JAMAICA.” His catalogue exudes pure consciousness and skillfully arranged songs of purpose, his latest album bears Lion frequency to the Ites…

Harry Mo hails from Dominica, growing up in the same village as the late, great Ras Trevy Felix (Boom Shaka). He spent his Youthman days singing in his church choir and playing organ. He relocated to Virgin Islands (an absolute Royal outpost of Singers and Players of Instruments) and became a teacher in the late ’80’s. After service in U.S military, he touched down in Colorado Springs, Colorado when Roots Reggae was beginning to flourish in the lush region. He formed the widely successful Mountain Reggae Band, spreading awareness of King’s Music on the levels. He linked with his Lifestrong bredrin Trevy Felix as part of Boom Shaka; one of U.S most successful Roots bands. This unity lasted many years and international tours. In 2004, Harry Mo released his acclaimed solo debut, “Runaway Slave” (2004) w/help from Boom Shaka. Forwarding to Virgin Islands, the singer furthered with visionary projects. The follow up, “Back To Africa” (2008) is classic. The same year, Trevy and Harry contributed to Jacob Seed’s “Equal Rights & Justice.” He continued with “On My Way” (2012) and “Roots & Lovers” (2014). This forward Rastaman has spread his message across Creation and is a true ambassador with limitless positivity and talent.

Harry has linked up with stellar ensembles of musicians on prior albums and continues the unity. Veteran guitarist/vocalist and absolute ambassador TUFF LION is forward on guitars/organ and backing vox. He played on “Back To Africa” and the vibes continue. Farid Boukezzoula is tight on bass/backing vox and engineering. His brother Karim is taut on drums. Harry offers superb organ, bass and percussion levels. Gitsy Derek Johnson shows up hard on tracks 3, 11 and Jazz guitar on track 6. Marquita Askale is ethereal on backing vox on track 12. Sessions took place at Rootsmen Studio(Normandy, France) with mixing at Red Rock Studio and Harry’s Yellow Hill Music Studio(Colorado) by Dillon Johnson and Harry. Dillon mastered the project at Red Rock. Honourable mention to Brandi Ross for the Rootical graphics. A tight collective firing on all cylinders here!

The album opens with the title track. Fellow Dominican chanter Aima Moses is upfront alongside Harry’s earthy delivery. An undiluted ode to Reggae-“if Reggae was a competition, you would catch first prize. The riddim is classic with vivid licks from Tuff Lion, Harry’s “organizing” and Boukezzoula Bros in full effect. A live feel to this uplifting track. “Doing It Right Now” is top notch! Delivering with the same caliber of Trevy Felix, Harry reflects daily ises unto The Most High. “Not gonna wait for a rainy day..I’m doing it right now.” He is a skilled wordsmith; the track is heightened by hearty backing vox and a textured riddim that showcases flawless music theory. Boom! His prior albums have reflected Love songs; this album is strictly Roots with no apology.

“Dread All Around” is big all around! The easy skanking music backbone is flecked with Bluesy guitar and heavy duty bass lines. Harry’s poignant and observant lyrics are delivered with versatile poise and wisdom. His style reflects the essence of “country living” that captures full attention. Finger on rewind for sure. “African Unity” is JAH beauty. This acoustic affair is driven by Niyabinghi principle interwoven with Tuff’s limitless guitar vision. A truthful history lesson that evokes memories of Trevy Felix’s “African Roots” album. Pure brilliance here.

“When De Lion Roar” is a rocking vibration. Harry’s Dread delivery is elevated by vivid instrumentation and a Dubby mix. ZION levels all the way strong! This track has an engaging hook and superior arrangements. Standout selection. The Royal vibes continue with “Shashamane Land.” Perhaps inspired by his journey to Ethiopia with Boom Shaka; pure exaltations to JAH and The Promised Land. Rootsy harmonies coincide with the Jazzy guitar work and Zionic drum and bass connectivity.

Original something! “Ou Sommes Nous” (Where Are We) is delivered in French. One doesn’t need to overstand Le langue de Francais to absorb the powerful word, sound ‘ave power. This is a superb outing with resonating licks, kicks and Harry’s keyboard work. Tour-de-force! “Who Kill De Rastaman” is powerful on many levels. The track is an observation of Dominica’s “Dread Act” of the 1970’s and ’80’s. A Babylonian rule that made it illegal to grow dreadlocks and made it legal to shoot and kill Rastas on one’s property. It’s also an awareness into the senseless loss of Trevy Felix and Nelly Stharre. “Who shot the Rastaman way up in the hills..who shot the Rastawoman…” This song has the power of Bob Marley’s “Johnny Was.” An emotional track fueled by organic lyrics to riddim.

“Pirate” is a Roots anthem all the way. Harry flows over an urgent riddim bound by crisp mix and catchy arrangements that demand rewind. “No Trouble In The Dance” captures Harry in tight Dancehall style. A Heartical plea to stop worries in the dance, he displays nuff versatility over the crucial riddim. “The Road We Travel” is a full and rich sound. Harry’s songs are strictly original, but this echoes the great days of Boom Shaka sound. His rich plea to prosper despite circumstance is driven by Tuff’s Jazzy guitar and detonating drum and bass. The truly live feel is proper with killer backing vox. Tremendous tracking!

“I Know Jah” is Roots stride with Royal riddim ride. “Jah never leave us alone.” A Roots symphony with urgent and concise tones. Hope and inspiration ruling throughout. The album closes with “Zion Call.” This is Rootsman frequency with a blazing riddim. The chord and song arrangements are presented with veteran credential. This is King’s Music indeed…

Conclusion HARRY MO's "THANK YOU JAMAICA" continues his powerful contribution to Roots Reggae. This album brims with purpose, power and commitment to presenting Real Authentic Sound. Nothing watered down here; a Blessed album that the MASSIVE will Fulljoy. No hesitation on this piece of JAHart. Go deh!