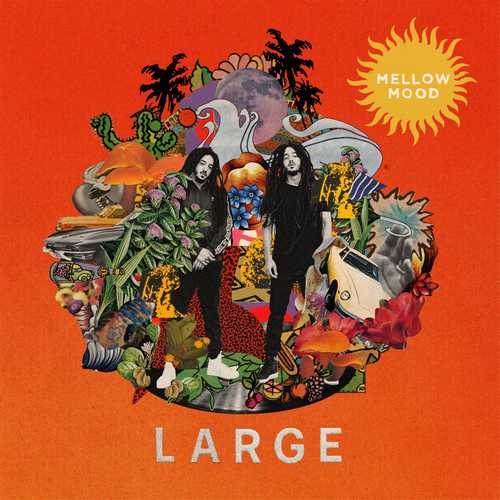 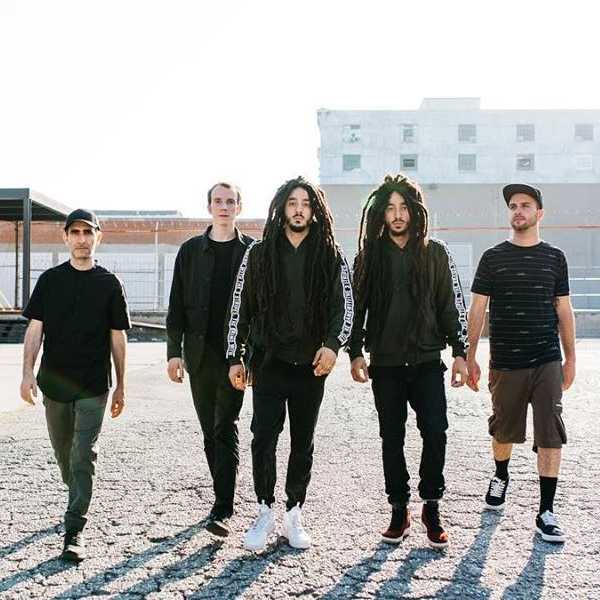 Hailing from Pordenone, Italian reggae band Mellow Mood have not only gained regnition in Italy, but also in other parts of the world. Soon after the band was formed in 2005 they started their partnership with producer Paolo Baldini, who was later to become their sound architect and dubmaster. In 2009 they released their official debut album “Move!”. After a line-up change, Mellow Mood went back into the studio with Baldini to record “Well Well Well”, and were signed by Italy’s most important independent label, La Tempesta, in 2012. Mellow Mood then released the albums “Twinz” and “2 The World” in 2014 and 2015 respectively. These albums were enriched by collaborations with Tanya Stephens, Jah9, Richie Campbell, Hempress Sativa, Sr. Wilson and Forelock among others. In late 2015 Mellow Mood also launched their own sub-label La Tempesta Dub, on which their fifth album entitled “Large” is now released.

With their rootsy new 12-track album the five-piece band, led by twins Jacopo and Lorenzo Garzia, comments on today’s global market economy, which is constantly pushing us to produce more, consume more and live “Large” rather than nurturing human relations, taking care of each other and appreciating what we already have. It’s a collection of tunes full of consciousness, and although some serious themes are touched, positiveness always shines through.

The album starts off with “Call Back The Love”, a one minute lasting intro song in which Mellow Mood states that they’re “afraid of nobody”. It definitely sets the tone for the lyrical content of the rest of the tunes featured on this album. The powerful “Tuff Rocky Road” is a real bonafide winner. Although we all face inevitable difficulties in life, we should open our hearts and embrace life with a positive attitude. A next highlight and a personal favorite is “Ms. Mary”, which tells about a particularly rude landlord scorning reggae music and levity. The third full length track, the solid “Sound Of A War”, deals with misinformation, fake news and delusional politics. And then there’s the title track “Large”, a head nodding song in which Mellow Mood expresses that materialism isn’t everything. Halfway the album we get the lover’s lament “Heart To No One”. It’s a song about a painful breakup, which includes some nice singjaying parts.

The second part of the album gets going with the solid “It Can’t Work”. After ““Sound Of A War”, this is another tune that deals with spreading fake news. Next drops the gorgeous “Another Day”, which carries the same kind of message as “Tuff Rocky Road”… Don’t lose time with negative talk, follow your heart and let positive things lead you in life. With the touching “Daddy”, the twin brothers show love and grattitude for their father. Totally different vibes and a clearly different mood compared with the previous tracks settle in with the infectious “String Up A Sound”. Anyone familiar with the music of Sierra Leone’s Refugee All Stars will recognise the inclusion of the intro of their “Mother In Law”. The uptempo “Eye Waata”, a song about the temptation to dwell in self-pity when the system tries to hold you down, is a highlight and standout tune. Album closer “Place Called Home” is an appealing uplifting tune, which rounds off this really, really good album.

Conclusion A compelling rootsy album from beginning to end!