Skarra Mucci – The One Love Family 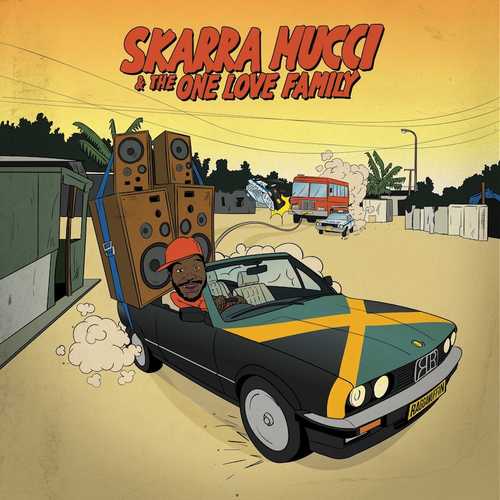 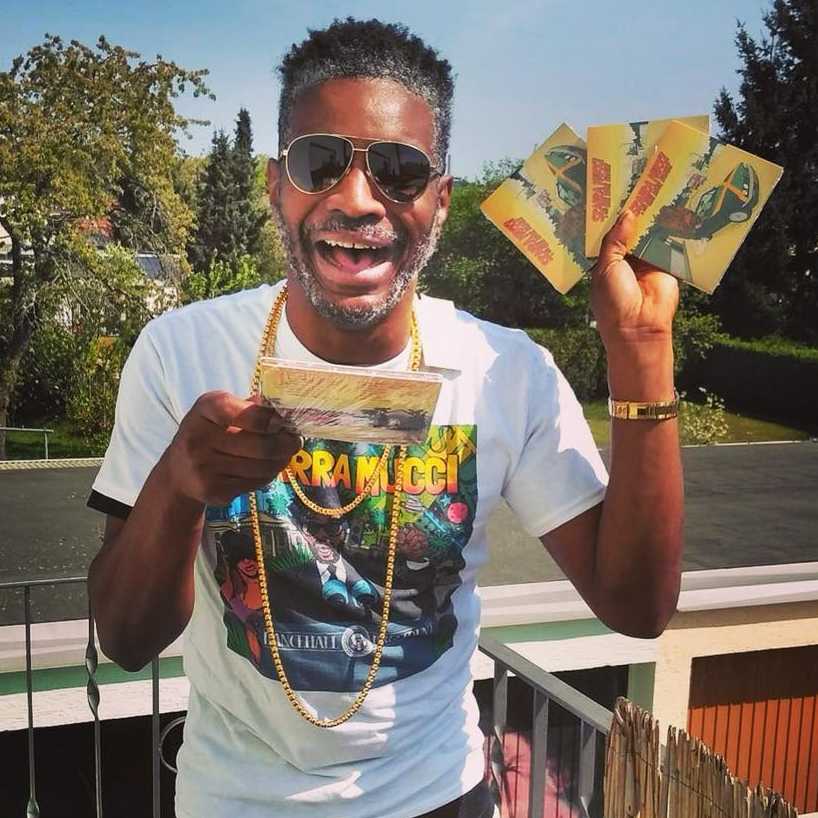 Skarra Mucci – The One Love Family

There was a time, in particular the early ’90s, that collaboration tunes aka combinations were very popular (think: Beenie Man & Luciano’s “Crazy Baldheads”, Beenie Man & Barrington Levy’s “Under Me Sensi (Remix)” and “Pirates Anthem” by Home T, Cocoa Tea & Shabba Ranks). The beauty of the collaboration lies in the fact that there’s usually more energy to a song and the excitement is heightened, especially when singers team up with deejays.

Now there’s an entire album of songs Skarra Mucci has done in collaboration with artists from different countries. All of them, perhaps with the exception of “Telephone Love” which couldn’t be traced down as a previously released song and “Old Time Guerilla”, have already appeared on singles, albums and compilation sets before. Skarra Mucci’s 7th album brings all these combinations, produced by various producers such as Moritz “DaBaron” v. Korff of Oneness Records, Soul Force, Dreadsquad, Weedy G, House Of Riddim, Irie Ites, Jah Sazzah and of course Undisputed Records, together in one place.

The first track “Telephone Love” sees Skarra Mucci teaming up with Teacha Dee. It’s an entertaining lover’s lament performed over an appealing relicked version of the “Ting A Ling” riddim from The Heptones’ Studio One hit from 1967. The song talks about someone’s girlfriend who cheats on him by using the technology of her phone. All in all a real nice opener. What then follows are solid combinations across worth hearing riddims such as Weedy G’s “Gate 7” (“True Gyalist” feat. Phantom IMC), “Get Up” from Sazzah Studio Records (“Warning! Warning!” feat. Navigator), Irie Ites’ “African Princess” (“Wicked & Wild” feat. Echo Minott), Germany’s Fizzle Records’ “Tonight” (“Gimme The Luv” feat. Keith & Tex), Dub Inc’s “”They Want” (“They Want” feat. Dub Inc), House Of Riddim’s “Still Bones” from 2015 (“Can’t Stand It” feat. Hawkeye), and Oneness Records’ “Better Days” (“Love You Like 123” feat. Treesha).

When it comes to pointing out the highlights, the 2011 released Soundbwoy tune “When We Kill aka Duppy”, which features veteran Ken Boothe coming up with an adaptation of his amazing original “When I Fall In Love”, surely should be mentioned. And then there’s also the collaboration with one of rocksteady greatest duos Keith & Tex called “Gimme The Luv”, done over Fizzle Records’ great remixed version of the always enjoyable classic “Tonight” riddim. Also the most interesting pairing of Skarra Mucci and Yaniss Odua from out of Madinina for “Raggamuffin School” (over the 2016 released “Maad Sick Reggaeville Riddim”) deserves to be mentioned here. This track actually also appeared on Skarra Mucci’s previous album entitled “Dancehall President”. And this also goes for another standout “It’s For Real”, which features the distinctive vocal of Horace Andy. To round off the highlights, “Fire In Paradise” by Skarra Mucci, Moana & The Tribe, an infectious reggae single released for New Zealand Music month 2016, rounds off the list of highlights. The tune is a total remake of “Whaura”, a song Moana wrote in Maori as a tribute to the people of Timor-Leste. While the lyrics still refer to the Pacific, their meaning is more pronounced now given the rise of global conflicts.

Conclusion If you dig collaborations, this one is for you!