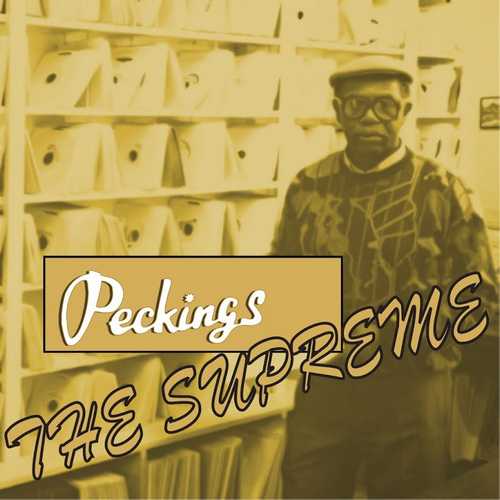 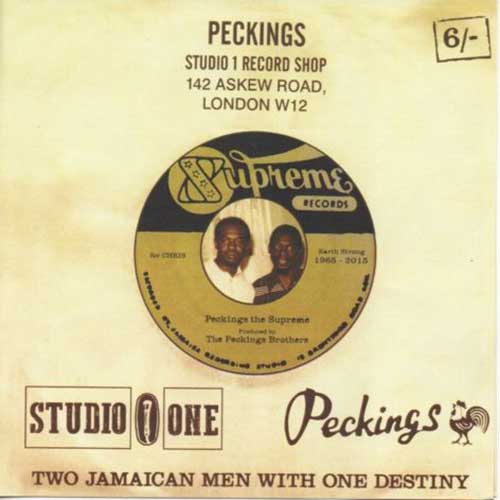 Peckings Records from London was founded by George ‘Peckings’ Price in the ’60s. He was the first person in the UK to be selling records from Jamaica. He was a member of the Coxsone Downbeat soundsystem and childhood friends with Clement ‘Coxsone’ Dodd, Duke Reid, Lee Perry and Prince Buster. When he left Jamaica to come to the UK, Coxsone asked him to distribute Studio One music which he sold to all the music collectors and sound systems from his house until he opened the shop.

It is now operated by Christopher and his brothers Dub Duke and Trevor. The Peckings label started in 2003 and they have enjoyed a number of hits by artists such as Bitty McLean, Lady Lex, Gappy Ranks, Courtney John and Tarrus Riley. At the end of 2015 they released an 18 track album in celebration of younger Peckings brother Chris’s 50th birthday called “Peckings The Supreme”. Now they’ve finally put out the digital version of this wonderful set.

The crème de la crème of UK’s reggae artists, but also some lesser known UK artists, have lined up for voicing a flawless set of classic and obscure original vintage JA riddims. The first three songs are on an addictive classic riddim we can’t trace back. Anyway, both vocal cuts by Peter Hunnigale and Peter Spence are awesome efforts, with Peter Hunnigale’s tune being a sweet and appealing lovers tune and Peter Spence’s tune praising and honouring his parents. The instrumental cut of the riddim “Chris Peckings Special” by Patrick & The Soul Agents features seasoned musician Patrick Anthony Tenyue, who together with his brother Henry ‘Buttons’ has worked with UB40, Aswad, The Rolling Stones, Annie Lennox, The Wailers and many more.

Next come two sure shots on the “Hold On” riddim, courtesy of Toots & The Maytals; Tarrus Riley with the vocal lovers cut and the vivid deejay cut by Baby Boom. Reggae balladeer George Nooks takes on the “Since I Found You” riddim followed by the Jamaican-born, UK-based artist Randy Valentine with the heartfelt lovers tune “I Can Love You Better”.

The Midlands wordsmith Macka B flows in fine style across Bob & Marcia’s “Always Together” riddim with his tune “Eternal Love”, a tune that is also featured on his current Peckings set “Never Played A 45”. Chris Ellis, the youngest son to the late Alton Ellis, who is blessed by a natural, smooth vocal stylings, takes good care of a second version pon the riddim.

Marcia Griffiths’ hit tune “Feel Like Jumping” undergoes a suited and soulful version by Caroline Thompson. Two more cuts on that riddim, the steady skanking instrumental by Patrick & The Soul Agents and Ras Ranger’s superb dancehall fueled lick called “Give Me A Vibe”.

The next three tunes bring back nice rocksteady memories. The Heptones’ “Party Time” riddim is voiced in sweet style by UK reggae icon Nereus Joseph, but the talented singer from London NW, Layla Rose, brings it even sweeter than sugar with her tune “Forever”. A very promising artist! Ras Demo then does a romantic deejay version across Layla Rose’s tune. After Jah Maya’s roots tune “Prayer To Jah”, a solid take on The Heptones’ “I’ve Got The Handle” riddim, comes Bitty McLean, who closes the album with a stunning remix of “Cruising”, a tune from his 2004 released hit album “On Bond Street With The Supersonics”.