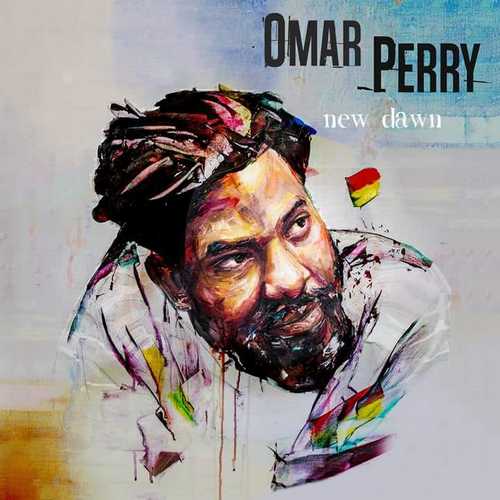 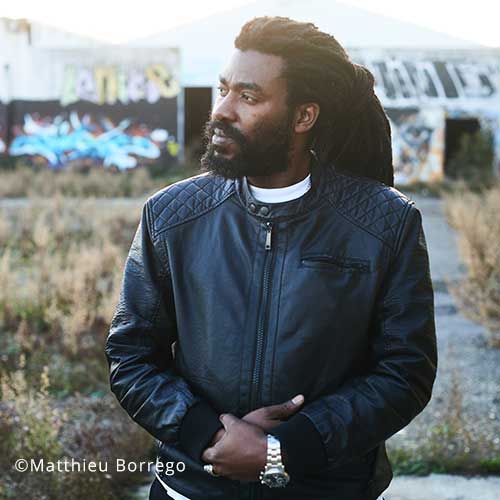 Omar Perry – yes indeed, the son of… – has never taken the easy road in pursuing a career in music business. Of course, he could have chosen to use his father’s legendary status for his own benefit, but he didn’t. Instead he chose to go his own way and to be an artist who wants to be judged on his own skills, talents and abilities. Born in Jamaica, he left the island in 1996 to live in London and then Gambia (Africa). Since 2000 he lives in Europe, blazing the reggae fire to the fullest!

Although Omar Perry had been around for several years, it wasn’t until 2007 that sufficient material was recorded to release an entire album, the Guillaume “Stepper” Briard produced debut set called “Man Free”. Then, in 2009, the now defunct Makafresh label put out the sophomore “Can’t Stop Us Now”, while his third full length album entitled “The Journey” came out on Bonfire PR in November 2011. And at the beginning of the year 2015, he released “Be Cool”, a 7 track album produced by Guillaume Bougard, Robbie Shakespeare and Jay “Double Tiger” Spaker.

The year 2018 marks the ‘return’ of Omar Perry with a fresh new set aptly titled ‘New Dawn’. For this album he worked intensively with young French composer/drummer Jonas ‘Koffi’ Gouraud. He’s the drummer of the Soulnation Band and he composed all titles of this album. The Soulnation band provided the adequate backing: phat bass, massive horns and catchy riddims! Just like on Ziggy Marley’s ‘Rebellion Rises’ set, the dominance of roots themes is evident: Unity, respect, oppression, violence and individualism to name but a few.

treat for ears and mind

The top notch opening track has a spoken intro and snippets from commentary of Haile Selassie’s visit (to Jamaica?), very efficacious! Socially relevant is ‘Freedom’ and on ‘Educated Fool’ he gets joined by bobo dread Jah Mason. The commanding upbeat tunes with dominant horns is a treat for your ears and mind! There are more combination tunes on the album. Congos member Cedric Myton delivers his forces on ‘Check For Me’, a ‘Congonesque’ track about the digital pitfalls of our time. ‘Sound The Trumpet’ with Dub Inc, an highly popular reggae band from Saint-Étienne, France, combining a range of styles, is an uptempo, powerful tune and sees Omar and Dub Inc lyrically in fine rootical shape & fashion. Then there’s ‘Sweet Love’ with its lightweight summer vibes. An acoustic version is included as well. With ‘Can’t Escape (Global Warning)’ he expresses his worries about our environment. The orchestrated ballad ‘When One Door Close’ is about hope in our darkest times. Definitely destined for repeated spinning are the tunes ‘Rebel In Our Town’ and ‘See Dem Running’.