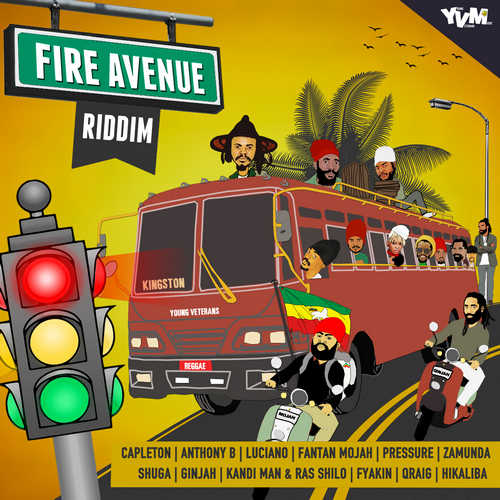 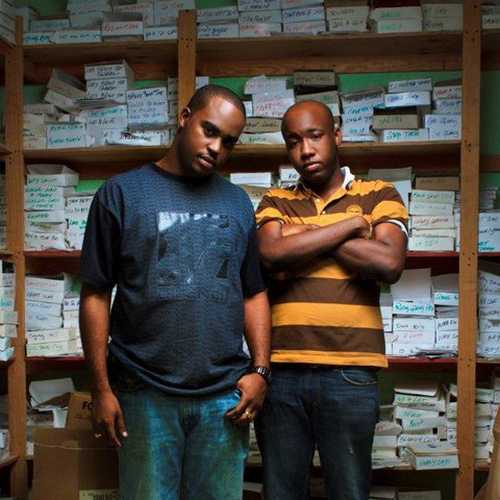 Jamaican producers Sheldon Pennicott and Sekou Davis have been producing from their Kingston based recording studio since 2006 and have released several noteworthy projects on their independent record label Young Veterans Music including the semi-mix cd series “Rhatid” and juggling sets such as “Jah Protect”, “Climaxx”, “Tun Up Loud”, “Substance”, “Kalashnikov” and “Sojourn”.

Now the Young Veterans producers come up with a brand new juggling set called “Fire Avenue Riddim”. First of all, it should definitely be said that this riddim is gorgeous! It’s a very modern vibed roots reggae riddim and Sheldon Pennicott and Sekou Davis have treated it as such by voicing popular artists such as Capleton, Anthony B, Luciano and Pressure Busspipe and others like Fyakin, Zamunda and Hikaliba, who are lesser known names. No fillers here, only vocal pieces that do justice to the strenght of the pristinely produced riddim.

Standout offerings are Capleton’s “Rasta Run This” (in which the veteran chanter does some name dropping), Luciano’s stellar “How Can I”, “Nah Stop” by the wicked chanter from out of the Virgin Islands, Pressure Busspipe, and Anthony B’s fantastic “Jamaica Land”. Tracks such as Fantan Mojah’s “No Time For Them”, Ginjah’s “Many Mountains”, the collaboration tune “Babylon Yard” by Kandi & Ras Shiloh, Zamunda’s “Africa We Deh Yah” and Hikaliba’s delightful cultural piece “Rastafari Yes” are simply lovely tracks that fully deserve repeated plays. And last but not least, Young Veterans’ dub version of the “Fire Avenue Riddim” is a very nice way to end things.

Conclusion A collection of tunes on the same riddim that scores very high in quality.