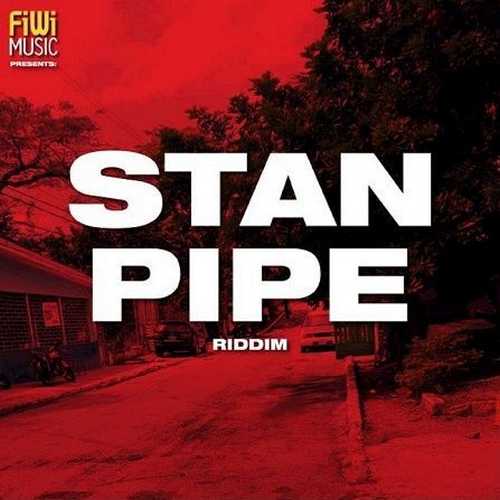 Originally put out on 7″ vinyl in 2003, “FiWi Music” has re-released the cuts for their “Stanpipe” riddim on digital platforms. Produced by Courtney John, this infectious mid-tempo “one drop” riddim with its driving beat, pumping bassline, and wicked organ parts is truly worthwhile hearing.

Singer, songwriter, and producer Courtney John is the leader of the pack with his outstanding conscious tune “Living”. The lovers tune “Put It On”, delivered by Courtney John’s cousin Lenn Hammond, is a matching cut for the riddim and the same goes for “Bonafide” from the very talented singer Brah Yhan (born Bryan Grant). The latter, former guitarist of the Firehouse Crew and then leader/guitarist of Bushman’s Grass Roots Band, shows that he’s a richly voiced singer who keeps in the tradition of crooners who came before him, those who have inspired him, including the likes of the late Dennis Brown, Al Green, Beres Hammond and Toots Hibbert to name a few.

The other tunes are credited to artists whose names are not very familiair to a wide audience. Nevertheless these artists and tunes shouldn’t be overlooked. First of all we can recommend checking out Gordon Scott, a very gifted singer who comes up with a notable effort. “Big Dem Up” makes a serious impression and belongs to one of our favourite tunes on the riddim. Kris Kelli (real name Kristen Kelli-Ann McGregor), is another artist worth checking. This humble Jamaican songstress draws inspiration from other female artists including the late Aaliyah and Nelly Furtado, but definitely has a style of her own. Her tune “Flip Up” is a solid piece worth of hearing. And furthermore there’s dancehall deejay Ma’Shall, whose “Show Some Love” is decent effort. The straight instrumenal version of the “Stanpipe” riddim tops this juggling off.