Andy Bassford – The Harder They Strum 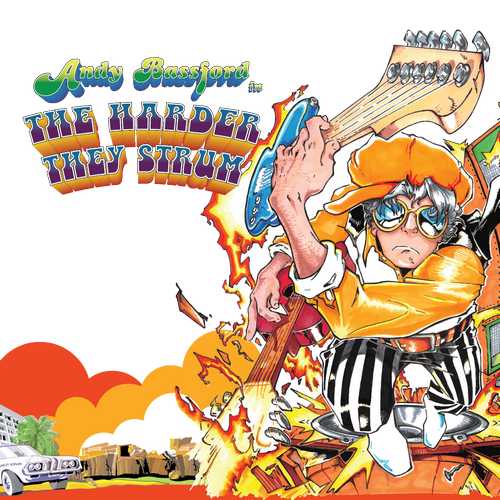 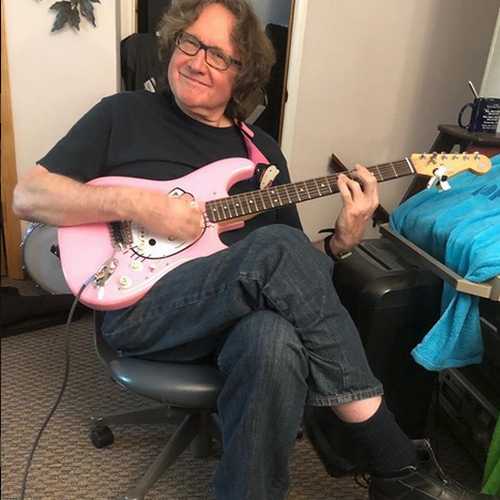 Andy Bassford – The Harder They Strum

Andy Bassford, born in Hartford, Connecticut, first started studying the violin while later he switched to guitar. After initially playing several years in rock, reggae, latin jazz, and country bands, he then was discovered by Horace Andy, which led to his recording debut on the classic album ‘In The Light’ in 1977. In 1980 he went to Jamaica and began playing with sessions with the Roots Radics. Later he joined Lloyd Parks and We The People. Because of being a member of We The People, he performed or recorded with nearly every reggae artist of the era, most notably the legendary Dennis Brown. Back in the US in late 80’s he joined Toots and the Maytals, furthermore performed with several reggae artists and he was also house guitarist for the seminal Studio One label.

Currently, Andy performs internationally with the great Jamaican pianist Monty Alexander’s Harlem-Kingston Express reggae-jazz fusion project, with whom he has also recorded two albums. In 2003, he was honored by the Jamaica Federation of Musicians for Outstanding Contributions to the Jamaican Music Industry, one of the only-non Jamaicans to receive this award.

Many Rivers To Strum

April 20th 2018 saw the release of his first solo album “The Harder They Strum”. (To strum is a way of playing guitar) It’s a song by song remake of the famous soundtrack to the movie “The Harder They Come”. The movie & the album inspired Andy to explore the world of reggae music. Of the original ten vocal tracks 6 are turned into guitar instrumentals, and the rest come with some vocal parts. Andy explains his reasons for recording the album: “My idea was to pay homage the original versions while allowing me to improvise and elaborate on them… I wanted it to reflect my personal and musical values all the way through, from start to finish… I also wanted to document the musical relationships and friendships I’ve developed over my career.” The result is a very personal and diverse interpretation of the classic songs, showing his qualities as an arranger and musician.

Jimmy Cliff’s hit song “You Can Get It If You Really Want” stays pretty close to the original tune, with a strong guitar presence and the horns section ‘replacing’ the vocal parts. Derrick Harriot’s deejay production of Keith & Tex’s “Stop That Train” was voiced by Scotty, with its famous intro: “Forward and payaaka, manhangle and den go saaka”. The refrain is sung by NY based reggae band New Kingston. The jazzy piano and pick guitar parts add a stylish jazzy flavour. Andy’s recut of “Rivers Of Babylon” consists of two complete live performances recorded at different times and edited together during mixing. The result, totally different from the original, is an amazing acoustic 12 string guitar track and the outro by a brass band! Andy turns “Many Rivers To Cross” into a bluesy tune, check out the guitar workout across the melancholic organ lines.

“Sweet And Dandy” features the vocal qualities of Soul Sisters Six. The song is a gospelesque interpretation of Toots’ song, with a prominent guitar riff. The title song features a group of musicians called “The Blue People”, they deliver a non-vocal recut of the song that smoothly resembles the original tune. “Johnny Too Bad” is a 100% Jamaican classic. New Kingston comes in with effective vocal support and the guitar playing by George Naha is solid and leading. Ska tune “007 (Shanty Town)” is the only song with guitar overdubs. It’s Andy’s tribute to his mentor Lynn Taitt, who played on the original recording. On “Pressure Drop” Soul Sisters Six are a more than decent replacement for Toots & The Maytals! Andy’s integer jazzy remake of Jimmy Cliff’s wonderful “Sitting In Limbo” features melodica playing by reggae legend Monty Alexander.

Buy @ Amazon Store near you!
TAGS: andy bassford | reggae | the harder they strum

Conclusion If you expect 100% reggae, you will be disappointed. Andy 'simply' delivers a wonderful package of music with touching nuff musical styles to please any music fan.