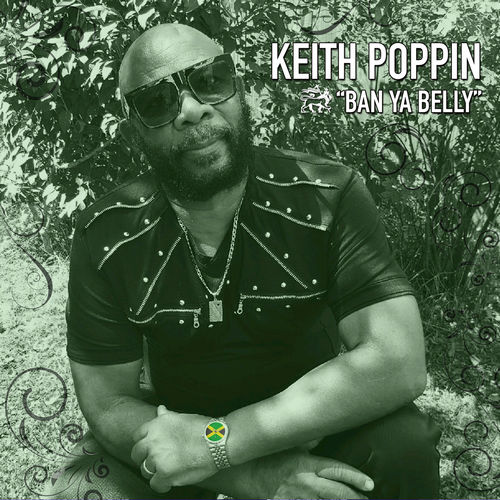 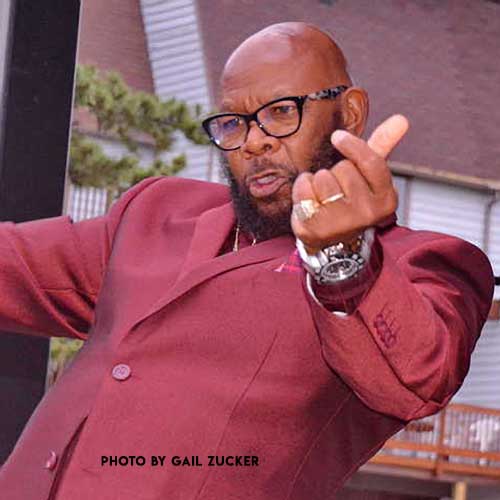 How refreshing and pleasant it is to sight a Foundation statesman keeping in full locomotion; both in studio and on stage. Mr. Keith Poppin presence has been consistent over the course of his five decades in the music industry. “Mr. Energetic” is releasing his new single, “BAN YA BELLY” on August 3. An instantly engaging anthem that’s a Blessed collaboration with Norris Cole; a.k.a. Sidney Crooks (The Pioneers). Glory to the Sound….
Keith Poppin’s previous release was “The Good Old Days” (2015); a crucial collection of rare and unreleased tracks. He has been staying on the Rightful track with a flow of self produced releases since the dawn of the millennium. Talking about “Journeys” (2002), “Get Together” (2007), “Speak Out” (2011) and “Live & Direct w/The Jamrock Reggae Band” (video from the same year).

The veteran has been active on the live circuit with memorable performances. He’s ignited the world renowned Chesapeake Bay Reggae Festival (Hampton, Virginia) in 2015 and 2017. Late last year, he mesmerized Brazil massive with a slew of concerts alongside Norris Cole. With international vision, Keith will return to U.K at the end of August; a trod that marks the first time he’s performed there since 1975. The historic occasion commences with a headlining performance with the internationally embraced One Love Festival. This reviewer will be traveling with him to chronicle the performances that will prevail. Keith has endured the rigors of the Reggae music business; his vision and energy has not diminished; broadened by the score.

“BAN YA BELLY” is a result of Keith’s month long excursion in Brazil. A wise choice to link with longtime friend Norris. The Foundation artiste has been living in the region for over 15 years, singing, recording and producing with absolute quality. Recording took place at Norris Cole Studio (San Luis) with backing vox and production by Norris. Mr. Cole utilized a riddim recalling the Golden Age of the 1970’s. Honorable mention to Kevin Purnell and Jamie McGurk for their mastery on the graphics. Both ambassadors have longtime supporters of Keith and the awareness of his Blessed music. The results are remarkable..

This single showcases the timeless songwriting ability of Keith Poppin; his massive catalogue touches on the spectrum of Life and exudes hope and solution. The new single continues the stamp of excellence. The lively and organ fueled riddim is perfect for Keith’s soaring and soulful vocals that are given deep texture by Norris’ hearty baritone backing vox. “Everyday is a gunshot and another one get drop”. A reality observation indeed! The song is engaging from the get go with the chorus -“Ban ya belly, Mama, ban ya belly, Papa”. Keith’s Heart and Soul imprint is embedded in every lyric, triumphant in nature. Yes, this is a serious matter song; the virtue of being wise to survive is presented as a solution. Keith and Norris have always relied on their talent and not gimmicks throughout their careers. This is a crisp production that allows the lyrics to riddim flow naturally. Boom!

Conclusion KEITH POPPIN's "BAN YA BELLY" is a lively track that's refreshing all the way and recalls glorious moments in Jamaican music history. Another reason to embrace those who paved the way. Go deh!