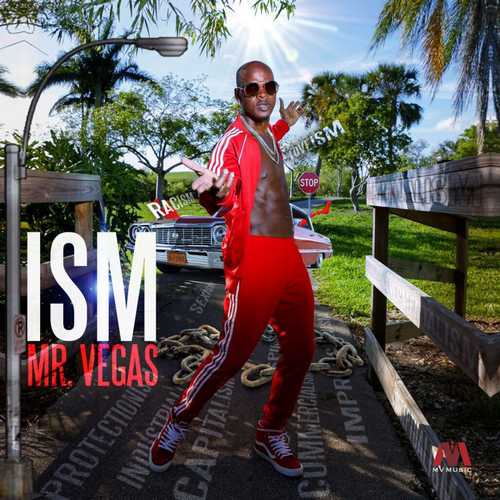 Few artists in the Jamaican music fraternity can rival the consistent track record of hits that Mr. Vegas has laid down ever since he first exploded onto the dancehall scene in the latter half of the ’90s. From early releases like “Nike Air” and “Hot Gal Today” (featuring a young Sean Paul) to the classic 1998 debut album “Heads High” all the way through the international smash “Pull Up” and the sexy “Bruk It Down” the man born Clifford Smith has proven himself to be a singular artist with a proven ability to create records that capture worldwide airplay and keep the dance floor moving.

Although he made his name within the dancehall reggae genre, like any true artist he has matured over the years. No matter what style of music, Mr. Vegas is quite simply a master hitmaker with a rare gift for crafting compelling melodies that stick in the brain year after year. Longtime fans will remember his exploration into the roots of Jamaican music on the project “Sweet Jamaica” and his experimentation with a variety of different sounds and styles on “Reggae Euphoria”. Just last year Mr. Vegas released his gospel album “Soul Therapy”, that followed up the secular “This Is Dancehall”.

The title of his brand new album “Ism” subtly refers to Peter Tosh’s lyric from the Wailers classic “Get Up Stand Up”, on which the late great Stepping Razor proclaims “We’re sick and tired of your ism schism game. Die and go to heaven in Jesus name…”. When you listen to the album, you’ll hear that the artist has largely found new inspiration by returning to the foundations of roots rock reggae as well as the spiritual teachings of Rastafari contained in the works of Bob Marley, Burning Spear, and Dennis Brown as well as a new generation of singers who are part of the so-called ‘reggae revival movement’.

Getting things started here is a tune he recorded for esteemed producer Frenchie called “Black Princess”. Over a sweet rub a dub backdrop (the recently released “Twilight” riddim), Mr. Vegas sings for the African queens: “Black woman don’t surrender. Your beauty no buy from no vendor.” “Kemet”, which comes across a fresh cut of Anthony Johnson’s classic “Everyday Is A Gunshot”, dispels the mystery of history. The song is titled after the ancient Egyptian name for the black kingdom from which much science and culture was plundered by the west. “I know a nuff a dem a say we confuse. Give them the truth and them refuse. It’s time to win a long time we a lose. Dash weh all them guns and them poisonous foods.” A beautiful riddim with an appealing Spanish guitar sound underpins the militant piece “Wake Up”, a truly great offering in which Mr. Vegas pleads black people to open their eyes to the realities that surround them and free up themselves. Mr. Vegas professes his Afrocentric pride in “Mama Africa”. “Me know which part me come from. Way down a Mama Africa Land.”

The vibrantly immortal “Heavenless” riddim plays backdrop for “Give I Strength”. Here Mr. Vegas speaks to the perils of natural disasters and asks for help to survive against all odds. Also the next tune, the excellent “Moral Decayed Society”, is underpinned by another great classic Studio One riddim. Singing over Studio One’s “Jah Shakey” aka “Far East” riddim, Mr. Vegas bemoans the decline of human decency in popular culture and encourages fellow musicians not to lose their way. The third do-over of a classic backdrop in a row is the “Two Year Old” riddim, probably best known from Freddie McGregor’s 1987 hit for george Phang called “Don’t Hurt My Feelings”. The solid “Bring Back Reggae” is about the heartache the singer feels over reggae’s music in Jamaica. He pleads in a bid for reggae to get as much respect in its birthplace as it does overseas. “It feed the poor like peas and rice,” Mr. Vegas points out. “So maximize and stop minimize. And stop sell out your work fe french fries!” The next track “Colorism”, is one of the album’s most poignant tracks, with Mr. Vegas burning a fire on hypocrites who “Woulda sell you out for one slice of pizza.” He also takes aim at organized religion “Some of them no care for the ancestors. They sit inna church and praise the God of their oppressors” as well as the self-loathing mindset that has made skin-lightening drugs and potions so popular in Jamaica and many African and Caribbean nations. On the gorgeous acoustic ballad he gives all his praise to the Almighty, while announcing his spiritual evolution without any apology. “When we pray,” he sings, “to Jah Jah alone we pray. Let Jah be praised.”

Bill Preston’s “The Way God Planned It” is the only cover included here. As more or less expected, Mr. Vegas delivers a rousing rendition of this classic tune with a touch of reggae flavor to spice up the song’s uplifting message. In keeping with the previous song’s vibe, he follows up with a call to praise the Lord in his own way. “Me trust inna God, me no trust human… Love me a deal with and not religion. Nuff pastor a liar, God people them a con.” The certified hit “Wakanda Jam” — inspired by the African kingdom portrayed in the hit movie Black Panther — takes the listener back to the good dancehall days of 1988 with a fresh version of the infectious “Duck Dance” riddim. This final track of the album shows that Mr. Vegas doesn’t stray away from pure undiluted dancehall… and that’s a good thing!

Conclusion Mr. Vegas simply continues to turn out some very big material, which makes him one of the genre's most dependable stars.