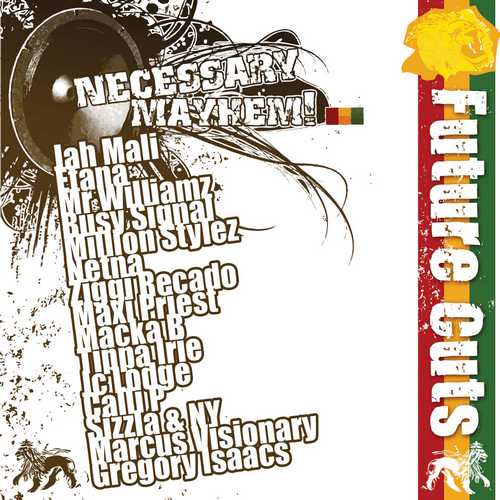 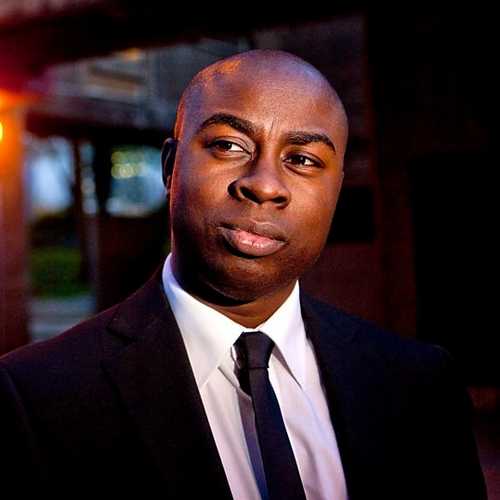 In the past decade or so, London based producer Curtis Lynch Jnr and his Necessary Mayhem imprint have become familiar as well as respected names among reggae fans worldwide. Whether it’s lovers rock, modern roots or dancehall, the quality of the music is always very high. This is once more shown on the label’s third compilation album entitled “Future Cuts”, which after its original 2012 release on a 9-track vinyl LP, now has been reissued in digital format.

The sound Curtis Lynch Jnr has created is strongly influenced by the sound of the production works coming from Jamaican producer Augustus “Gussie” Clarke’s Music Works studio in the second half of the ’80s. Gussie Clarke became a very successful producer when he started blending old skool roots reggae to the newly embarked digital dancehall riddims, showcased on albums such as Mighty Diamonds’ “Get Ready” and Gregory Isaacs’ “Red Rose For Gregory”. The same kind of hard hitting, bass heavy driven electro-dancehall riddims known from “Gussie” Clarke productions, can be heard on most tracks of the “Future Cuts” album, delivered by an array of well-known and lesser known international artists.

The under-recorded Jah Mali excels on album opener “Blood Thirsty”, which comes across a wicked revitalized version of I Roy’s “Red, Gold and Green”, the “Gussie” Clarke produced answer version of Ken Boothe’s “Black, Gold and Green”, done for Lloyd Charmers in 1972. Killer roots! The sorely missed superstar Gregory Isaacs is featured here with a remixed version of “Report To Me”, another great “Gussie” Clarke production from 1989. Big tune! More niceness comes with the previously unreleased dancehall mix of “As Mi Forward”, a solid combination tune done by Swedish reggae star Million Stylez, French female deejay Netna, and Jamaican stars Busy Signal and Etana. “Dance”, a decent tune from reggae songbird Etana, is one of the five tunes Curtis Lynch Jnr has produced for her second album “Free Expressions”.

Maxi Priest deals with matters of the heart in “Easy Now” on the popular “Ooh Baby” riddim, a tune that reminds of the heydays of British Lovers Rock. NY, a rising RnB star from the UK, delivers “Are You For Real” in combination with Sizzla. This nice tune, in the exact middle ground between reggae and RnB, has been remixed by Drum & Bass/ Dubstep/ Dub producers Killa Mosquito. Dutch reggae star Ziggi expertly rides a fresh sounding digital roots riddim, thus making a decent impression with “Rumours”. J.C. Lodge had a string of hits throughout her musical career, but she’s probably best remembered from her huge international hit “Telephone Love”, which was also the title of a full-length album for producer “Gussie” Clarke. That album featured a track called “Where Dreams Are Made”, which has been remixed by Curtis Lynch Jnr and re-titled “Way Up”. Underpinned by a hard-edge roots-style riddim, J.C. Lodge tells us just how her partner makes her feel.

The additional tracks for this digital release are a real nice tune by ever conscious UK singjay Macka B called “Our Music” and a Jungle/Drum & Bass effort from Marcus Visionary feat. Tippa Irie. Unfortunately left off is Mr Williamz’s “Ganja Smokin” across a remake of the classic “Shank I Sheck” riddim.