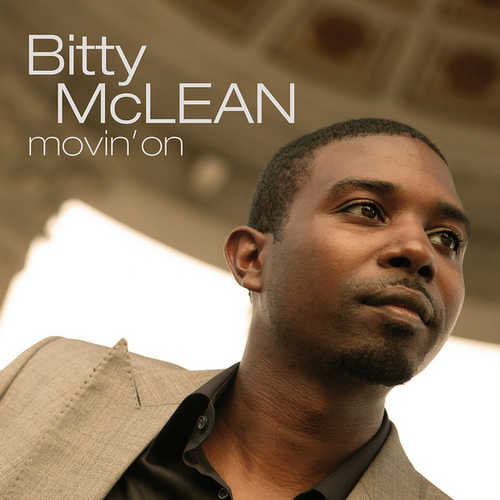 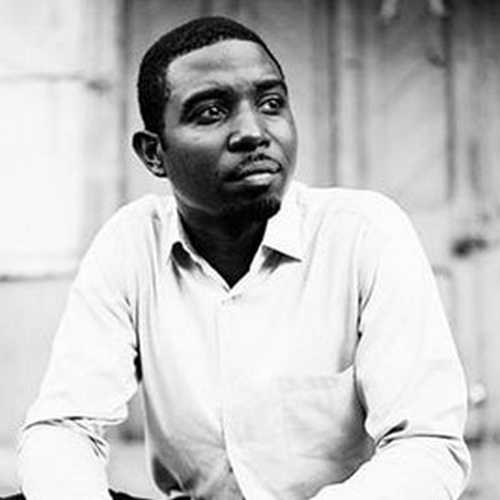 Bitty McLean with Sly & Robbie’s Taxi Gang on tour in August 2018 and the forthcoming release of a new album on the Taxi label called “Love Restart” in the same month is a good occasion to bring to mind his first collaboration with the legendary riddim twins.

Delroy Easton McLean in Chelmsley Wood, Birmingham was born in 1972. He’s a much loved UK reggae talent with an astonishing voice and unnerving ability to pen a sure-shot smash.

The youngest of six children and so called because of his small stature at birth, Bitty’s earliest memories were punctuated with the music he would hear courtesy of his father’s sound system. Tutored by the greats from The Clovers, Nat King Cole, Jackie Edwards, John Holt, Johnny Clarke, Bob Marley, Burning Spear and Justin Hinds, it wasn’t long before the young McLean was beginning to emulate his heroes by singing over Jamaican Dub and Instrumental riddim tracks accompanied by his brother. It would still be a couple of years before he graduated beyond the microphone and family stereo set-up. By the early 80s and inspired by the new dancehall sounds of Little John, Barrington Levy, Sugar Minnott, Black Uhuru and Michael Prophet, the teenage McLean soon began to gain notoriety performing on some of Birmingham’s top sound systems.

By the time it came to leaving school McLean had his heart set on following his dream of pursuing a career in music. Enrolling on a sound engineering course at a local college, he was taught by lecturer Alan Caves who had worked with local reggae band UB40. Caves saw Bitty’s potential and subsequently put Bitty forward for a job as tape operator at UB40’s DEP International Studio and by the start of the 1990s McLean had not only co-produced but played and sang on UB40’s internationally successful album “Promises And Lies”, which had world sales in excess of 8 million.

From the start and during quiet times in the studio Bitty would find time to record his own material and it was one of these late night sessions “Dedicated To the One I Love”, “Here I Stand”, “True True True” and “It Keeps Raining” were all recorded. With an advance of 500 pounds courtesy of Ali Campbell, Bitty pressed up 500 white labels, one of which he sent to radio promotions exec Neil Ferris who instantly saw its potential. Setting up the Brilliant Recording Company as an outlet for McLean, Ferris set to work introducing the UK to this unknown vocal talent. By the end of 1994 McLean had notched up 3 top ten singles with “It Keeps Raining” (number 2), “Here I Stand” (number 10) and “Dedicated To The One I Love” (number 6) with similar success around the world. The subsequent years saw Bitty accrue a fearsome catalogue of top 30 singles, as well as playing three UK arena tours with the likes of UB40, Wet Wet Wet and Simply Red. Fulfilling his personal ambition Bitty McLean set up his own 48BIT Recording Studio in the late 1990s, combining his production and songwriting skills began producing for a variety of other artists.

Released in 2004, the album “Bitty Mclean & The Supersonics on Bond Street, Kgn, Ja” saw phenomenal worldwide success and was full circle as he returned to the original influence of the music he listened to as a child. Duke Reid’s Treasure Isle riddims formed the basis of the album with cool Rocksteady tempos and beautiful arrangements courtesy of the (late) legendary saxophonist Tommy McCook. In 2007 he unleashed the album “Made In Jamaica (Peckings Presents: Soul Vendors, Supersonics & The Sound Dimensions)”.

In the meantime Bitty collaborated with the world’s greatest riddim section… Sly Dunbar and Robbie Shakespeare. The trio started recording tracks for a brand new studio album alongside some of Jamaica’s finest musicians. The release date was set for April 2007, but it took more than two years before the album finally hit the streets.

The 16 track album sees Bitty McLean moving in a different direction. No revamped versions of classic Treasure Isle riddims, but a well balanced selection of lovers tunes, an occasional roots tune and re-mastered original Taxi riddims. Sly and Robbie together with veteran musicians such as Robbie Lyn, Ansel Collins, Sticky, Dean Fraser, Dalton Browne, Willie Lindo, Mikey Chung, Nambo Robinson and Keith Sterling are responsible for the excellent backing music. Overlooking the album it’s only fair to say that Bitty has done a great job. ‘Movin On’ is a mature album, skilfully produced and superbly mixed by Bitty himself. The sound quality is crisp, clear and yet warm and tender.

When “The Real Thing” surfaced as a single — a double AA side “The Real Thing/All That I Have” — it swiftly rose to the top of the reggae charts . It’s a fine recut of Dennis Brown’s “Hold On To What You Got”, almost as strong as Dennis’ original tune! The follow up single “Lately” was one of many 2007 cuts on the classic “Taxi” riddim, Buju Banton’s “Driver A” being the major cut on that riddim. Bitty McLean’s cut is a wonderful sensitive cover of Stevie Wonder’s hit in a soundbwoy style. More classic niceness comes when spinning the last track “Let Them Talk”, tackling Jimmy Riley’s “Merry Go Round” riddim in a good manner. It’s lyrically strong as well as musically touching!

We all know that Gregory Isaacs is known as The Original Cool Ruler, who released a considerable amount of hit singles in the 1970s and 1980s. One of his best efforts is called “Oh, What A Feelin´” and was produced by Sly & Robbie. Here Bitty licks the riddim in a sweet and gentle way with “One Of A Kind”. It’s one of those rare love tunes only Bitty McLean can sing! The same goes for the uptempo, organ driven “Got To Let Go” and “Games”.

Among the many standout tunes there’s “Jahovia”, not only because it’s a combination tune with dancehall/reggae veteran Johnny Osbourne, but the cooperation between ‘old skool’ and ‘new skool’ dancehall works out very nice. The riddim track comes from Ini Kamoze’s “Trouble You A Trouble Me”. The cultural tune “Plead My Cause (No Love)” is across Black Uhuru’s “Guess Who’s Coming To Dinner” riddim, and is an excellent tune.

Although blessed with enough soulful vibes, tunes like “Daddy’s Home” and “Try A Little Tenderness” are definitely not my cup of tea, although musically recut in a superb manner. Jamaican artists love to version classic love tunes, but we would have chosen two other classics. More or less the same goes for the Bobby Womack classic “You’re Welcome, Stop On By”. The original song is really nice, but I don’t like the way it’s reworked.

Conclusion "Movin' On" is a mature album with excellent songs, sung by one of reggae's most impressive vocalists.