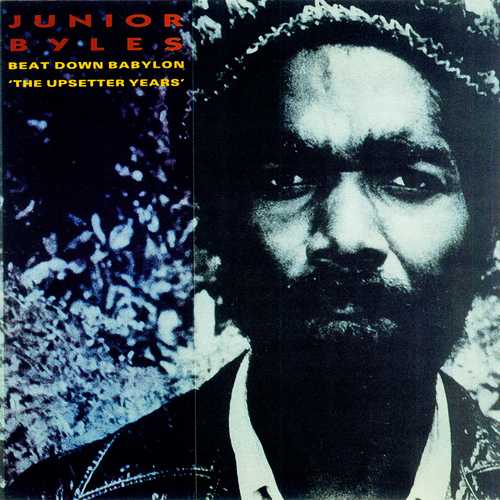 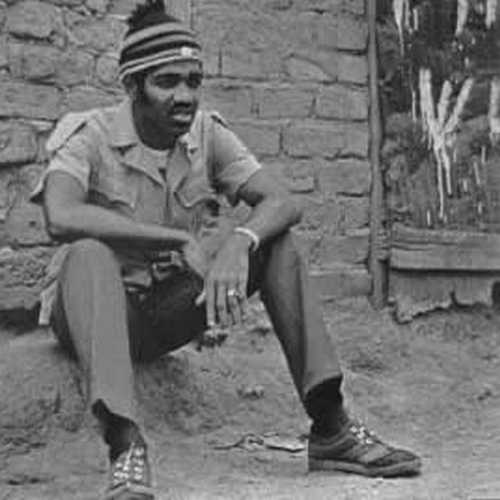 After Ray Hurford’s tribute to Penny Reel featured on our site, David Rodigan also paid tribute to one of the most elusive and important reggae music writers in the UK. In his show on BBC 1Xtra, Rodigan pointed out that the late Penny Reel was known and highly respected by all of the top Jamaican and UK recording artists in those early years (the 1970s) and that he learned a lot of him. In memory of Penny Reel, he then played “The Long Way” of one of his favourite singers, Junior Byles. That song is featured on Junior Byles’ “Beat Down Babylon: The Upsetter Years”, which was reviewed on our site back in 1997.

Junior Byles, once frontman of the Versatiles (other members were Louis Davis and Earl Dudley), has made a string of high quality recordings in the seventies for Lee “Scratch” Perry. After he left the group to launch his solo career he started working with Lee Perry. His first release was “Demonstration”. The relationship with Lee Perry proved successful for him and in 1973 he cut an album with Lee Perry entitled “Beat Down Babylon”. In that year he won the Jamaican Song Festival competition with “(Festival) Da Da”. Byles continued working with Scratch, recording both militant roots material and intense love songs, nearly scraping into the UK charts with “Curly Locks” in 1975. He also cut an album (his second) “Jordan” for producer Pete Weston, a year after he had scored big with the Channel One production “Fade Away”.

In 1976 he entered Bellevue hospital, retiring from music until 1978, when he recorded two excellent sides for producer Joe Gibbs – “Heart and Soul” and “Dreadlocks Time”. He started recording for Blacka Morwell in 1982, and the result of these sessions was the album “Rasta no Pickpocket”, released in 1986. Since then his output has been sporadic.

“The Upsetters Years” includes the 1972 released “Beat Down Babylon” LP in its entirety, along with 13 other Lee Perry productions. All songs of this compilation were recorded during the period 1970-75 and include some real obscure titles. His biggest hit “Curly Locks” is followed by a “vampire” version by Lee Perry, the evergreen “Fever” is twisted and “perrylised” and is one of the most outstanding tracks on this compilation set. The 1972 election songs (supporting Michael Manley’s PNP party) “Pharoah Hiding”, “Joshua’s Desire”, and “King of Babylon” cast Michael Manley as Joshua, the prophet.

About a half year before Trojan Records has released this collection, US record label HeartBeat also released a noteworthy compilation set called “Curly Locks: Best Of Junior Byles & The Upsetters 1970-1978”.

With these retrospectives of his early work he hopefully gets the awareness and appreciation of his true talents not only from reggae connoisseurs but also from a wider audience.