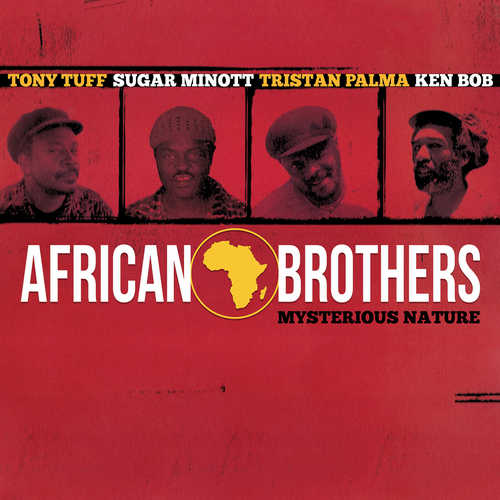 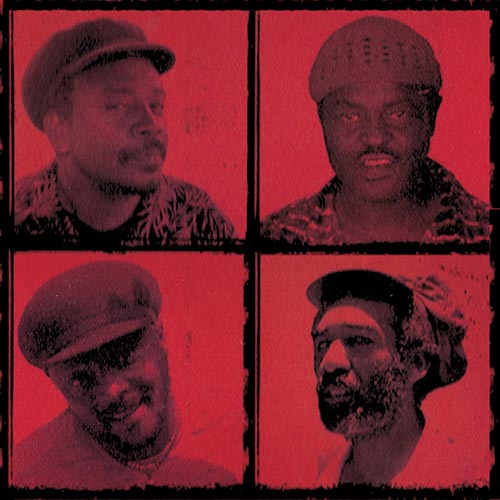 Baco Records reissues African Brothers’ “Mysterious Nature” that has  disappeared from the record stores. Originally released in 2004, French label Zenah Music had gathered founding members Sugar Minott and Tony Tuff of the vocal group, bolstered by Tristan Palma and Ken Bob, for the first time in 28 years. It led to the release of a CD with 12 vocal cuts and 4 dub versions, now made available again in Vinyl and Digital Download format.

Lincoln Barrington Minott – born in Kingston, Jamaica, on May 25, 1956 – began his career in the sound systems while still a child, working as a selector for the Sound of Silence Keystone outfit, before launching his own Gathering of Youth sound system just as he hit his teens. There, too, he carried on merely as the selector. However, in 1969, Minott decided to take the mic himself, not as a deejay, but as a singer, one third of the African Brothers roots trio, alongside Winston “Tony Tuff” Morris and Derrick “Bubbles” Howard. The name of the group revealed a relationship that went beyond friendship and claimed their African roots. The group initially made their way around the amateur talent show circuit, but eventually linked up with the Micron label. African Brothers released a number of singles over the next few years, including “Party Night”, “Gimme Gimme African Love”, and “A Di System” cut with producer Jah Bunny.

The trio also began self-producing, their first attempt was “Torturing”, and then launched their own Ital label. By this time, the trio’s Abyssinian influence was becoming prominent, as can be heard on “Righteous Kingdom”, “Youths of Today”, and “Lead Us Father”. In 1970, African Brothers cut “Mysterious Nature” with producer Rupie Edwards, which brought them to the attention of Studio One. Their debut song for that label, “No Cup No Broke”, was also their last, and the trio split to pursue solo careers.

35 years after they emerged, the African Brothers were re-formed for the occasion, although not in the original line-up as founding members Sugar Minott and Tony Tuff are joined by Tristan Palma (who gained fame with his Jah Thomas produced dancehall anthem “Entertainment”) and Ken Bob (not a household name in reggae, but nevertheless known for a few notable tunes like for example his enduring, evocative classic “In Danger”).

With “Mysterious Nature”, the African Brothers have created a solid album that will certainly please fans of ’70s roots harmony. Featured are brand new tunes (except for a wicked remake of “Mysterious Nature”), with Tony Tuff singing lead on the majority of the tracks, just like he did when he was part of the initial line-up of the African Brothers. Sugar Minott does the lead vocal on two tracks, Triston Palma takes lead on one, while all three have one together. It’s Ken Bob who provides additional back up vocals. Strong harmonies and melodies carry “If There’s A Will”, “Weep And Mourn”, “Hey Girl”, “It Shouldn’t Be Like That”, “Couldn’t Make It”, and the aforementioned “Mysterious Nature”, while the rest, though not spectacular, is solid throughout.

Besides the fact that the harmony between Sugar Minott, Triston Palma and Ken Bob is truly wicked, one simply has to credit the players of instruments, including Manjul, Hugh Valot, Nicolas Barot, Romeo Gray, Tony Greene, because they have done a real good job.

Conclusion A very welcome reissue of an album that showcases the strength of the vocalists involved.