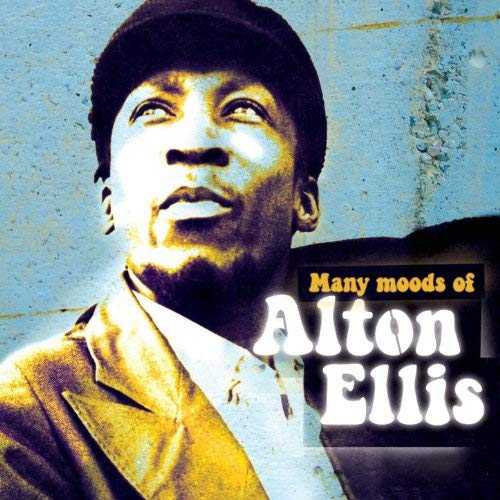 Today, September 1st 2018, Alton Ellis O.D. would have been 80 years old. The Jamaican singer/songwriter was one of the innovators of Rocksteady and thus was deemed the ‘Godfather of Rocksteady.’ Here we pay tribute to the man who’s gone, but not forgotten.

Almost fifty years ago one of Jamaica’s most soulful singers, Alton Ellis O.D., recorded his first massive hit — the moving prison ballad “Muriel” — at Federal Studio as part of a duo with Eddie Perkins (Alton & Eddie). Tunes such as “Willow Tree”, “Breaking Up”, I’m Just A Guy”, “Girl I’ve Got A Date” and “I’m Still In Love With You”, recorded for then ruling producers Coxsone Dodd and Duke Reid, were some of his biggest hits during the Rocksteady era in the mid-sixties. Later on he recorded a few powerful reggae sides too.

In many ways Alton Ellis epitomizes the story of so many Jamaican reggae vocalists: a start in the business at a very early age, massive popularity for a limited period, and a gradual decline in prominence while continuing to make excellent records.

Now the highly esteemed French label Makasound has reissued the 1980 (on Tele Tech) released album “Many Moods Of Alton Ellis”, supplemented by seven bonus tracks — however leaving out “Ride Version” and “No Man Version”, which were included on the initial LP release.

The album — a fine mixture of lovers tunes and roots offerings — opens very strong with the excellent cultural song “Black On Black”, a tune also done by Hugh Mundell for producer/musician Augustus Pablo but then called “Blackman’s Foundation”.

From there the listener is taken on a worthwhile musical trip with quite a few beautiful moments to enjoy. Amongst them “Black My Experience”, the exceptional “Rise And Fall” on a ‘rockers style’ riddim, “No Man Is Perfect” with its nice organ parts, the moving lovers piece “Pure Sorrow”, and the excellent “The Humble Will Stumble”. All these tunes feature the wonderful backing vocals from The Heptones.

Another highlight is “The Children Are Crying”, a wicked reality tune which carries that typical Lee Perry / Black Ark sound. The 12″ cut of “If I Could Rule The World” is a stunning do-over of the tune he recorded for Duke Reid’s Treasure Isle imprint. Two different versions of “Stronger” round off this recommended collection of tunes in truly fine style.

As usual this Makasound release is accompanied by a full-color booklet which includes a short interview with Alton Ellis, photos and the lyrics of nine tracks.

Conclusion A worthwhile collection from a great vocalist!