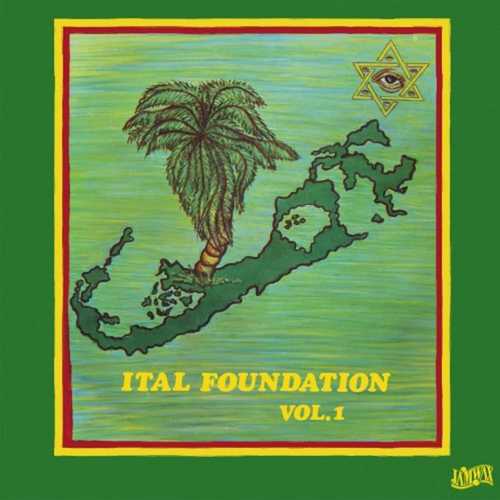 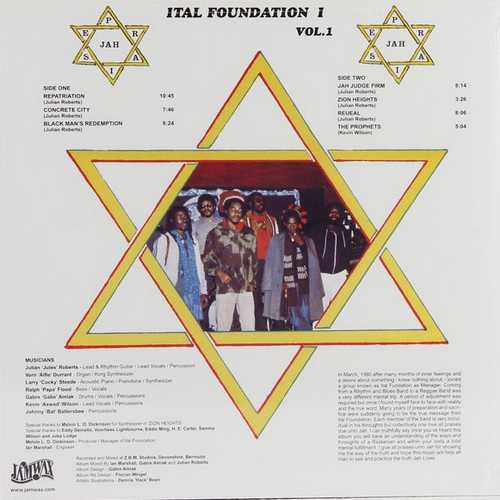 Three years after their first gathering this band from the island of Bermuda released their first and only LP simply titled “Ital Foundation Vol. 1” on Edmar Records. The 7 tracks featured on their vinyl platter is deep roots music tackling global issues of colonialism, poverty, prophecy and redemption. A tumultous history rought with trial and tribulation resulted in Ital Foundation being an underground musical movement that saw record sales all over the world while the band languished in obscurity. Almost four decades after its original release, Paris-based Jamwax Records has dug up this obscure heavy non-Jamaican reggae album and made this amazing collection of tunes available again.

This album, which treats the listener to pure and heavy old-skool roots reggae music from beginning to end, takes no prisoners. Each and every tune is stamped with class all over and is simply a joy to listen to. The first track, the almost 11 minutes lasting “Repatriation”, is a sterling roots piece that creates huge vibes and is very emblematic of what is to come. The next tune, “Concrete City”, is a very powerful and gorgeous offering, which is extended with its very fine dubbed out straight instrumental version. Side A comes to an end with the stunning “Black Man’s Redemption”, a song of sheer beauty. Fast forward to Side B of this vinyl platter and its opener, the ridiculously fascinating “Jah Judge Firm”, which ends with a bit of spoken word before it gives way to the dub version. Next comes the solid and fully enjoyable “Zion Heights”, featuring Melvin L.O. Dickinson – the band’s manager and producer back then – on synthesizer. The awesome “Reveal” is the kind of song that can really strike a chord with the listener. The album then closes with yet another high note with “The Prophets”, a beautiful tune worth hearing over and over again.

Conclusion The music on this album is outstanding!