Justin Hinds & The Dominoes – From Jamaica With Reggae 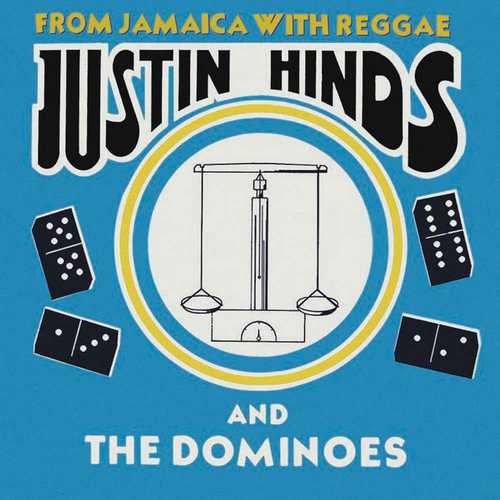 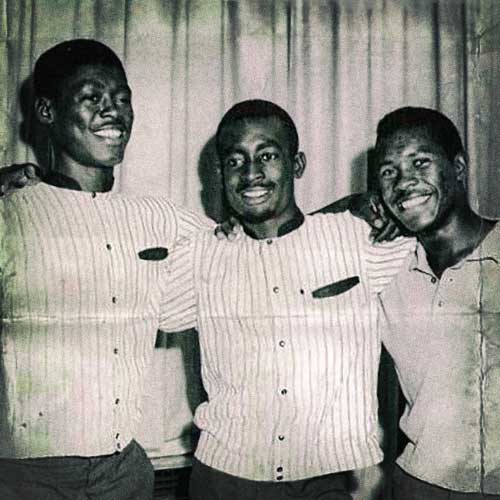 Justin Hinds & The Dominoes – From Jamaica With Reggae

Justin Hinds: “My music is a spiritual communication which carries a beat and a message which means peace and love to all nations through creation. Whether you’re white, or you’re black, whether you’re red or you’re pink, One Love, One Heart, One Destiny.”
These words by Justin Hinds perfectly summarize his outlook on his music and life. Lyrically Justin Hinds is masterful, utilizing the rich Jamaican tradition of proverb and parable to reflect the wide range of issues thrown up by the Jamaican society. Through the years Justin Hinds easily adapted to the musical changes in style and tempo, which kept his popularity undiminished, although he rarely deviated from the pattern of his typical expressive country/gospel tenor lead vocals with empathetic support from the two Dominoes Dennis Sinclair and Junior Dixon.

Justin Hinds started working in late 1963 for producer Duke Reid and recorded in the period 1964-66 over 60 singles. He stayed with Duke Reid until 1972 and kept recording for a variety of producers. He then cut two albums for sound system owner Jack Ruby, and he also recorded a handful of singles for female producer Sonia Pottinger. In 1976 she released the album “From Jamaica With Reggae” which was only available in Jamaica. In 1984 Justin Hinds cut the excellent “Travel With Love” for the Nighthawk Records label. After that he preferred the rural lifestyle to the ‘rat race’ of Kingston, and unfrequently recorded a few tunes and toured the US once. He died of lung cancer in March 2005, at the age of 62.

From Jamaica With Reggae

The Doctor Bird label, a division of Cherry Red Records, reissued the 1976 album “From Jamaica With Reggae” at the beginning of 2018. They added no less than 14 bonus tracks, which makes this a very collectable set. The bulk of the recordings are Duke Reid productions from the period 1964 to 1973. Most of these tracks cover the ska, rocksteady and the early reggae period. Five tunes are produced by Sonia Pottinger and were recorded in 1977/78 at Channel One and backed by The Revolutionaries.

This collection shows that Justin Hinds was one of the first artists expressing Rasta themes in his music, and on the other hand regularly drawing more directly on the Old Testament as a source of parable. The well known hits like the magnificent “Save A Bread”, the rocksteady version of “Carry Go Bring Come”, the aggressive “Rub Up Push Up”, and “Wipe Your Weeping Eyes”. To be honest, it’s hard to point out weak tunes as each tune displays his songwriting skills (all tunes are original. self penned gems) to the fullest. These are the songs that established him as an artist who favors sincerity and originality over trendiness and gimmickry.