Phyllis Dillon – One Life To Live 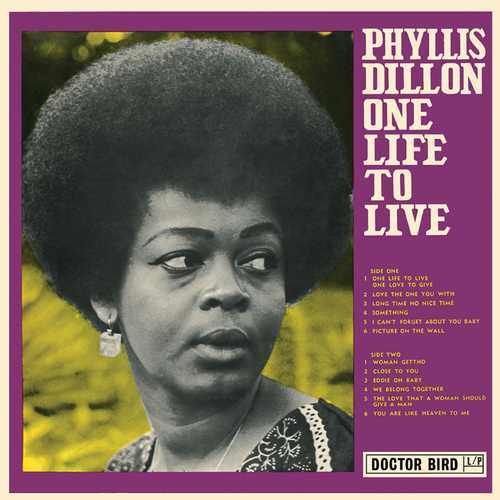 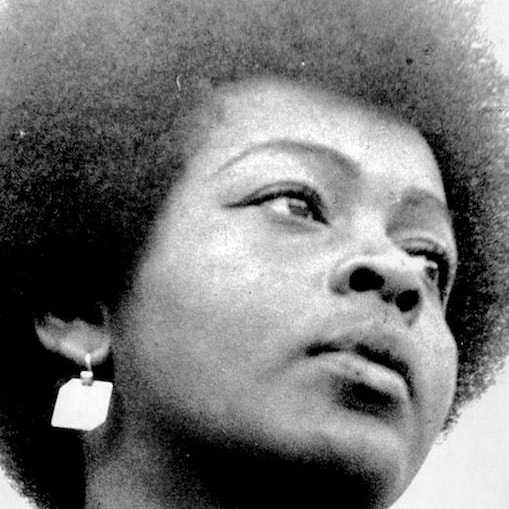 Phyllis Dillon – One Life To Live

Somewhere at the end of 1996 guitarist Lyn Taitt heard Phyllis Dillon singing with the group The Vulcans. He was impressed of her vocal qualities and invited her to come over for an audition at 33, Bond Street, the famous Treasure Isle Recording studio run by Duke Reid. Very soon she recorded her first record for Duke Reid, “Don’t Stay Away”, in late 1966, a recording that has been described as “perhaps the finest female performance in Jamaican music”. The self penned song featured Tommy McCook and the Supersonics as the backing band. It became a huge rocksteady hit for her and from 1966 to 1972 she cut a large amount of singles for Treasure Isle. At the end of 1967, she moved to New York. The following five years, she spent living a double life. She had a family and career in banking in the US, flying frequently back to Jamaica to continue recording for Duke Reid. In 1972 Duke Reid issued the album , it would be her one and only album.

Soon after the release she quit her recording career. In the ’90s she toured the UK, Germany and Japan and in 1998 Phyllis Dillon returned to the recording studio with Lynn Taitt. She remained active until illness took hold and died on 15 April 2004 in Long Island, New York, after a two-year battle with cancer, at the age of 59. She was posthumously awarded the Order of Distinction in 2009 by the Jamaican government.

One Life To Live

The reissue of the album is augmented by Dillon’s most popular rock steady and reggae recordings for Reid’s Treasure Isle Records. The original 12 track album “One Life To Live” mainly contains covers of pop, soul and reggae tunes. There’s Stephen Still’s “Love The One You’re With”, followed by Bob Marley’s “Long Time” aka “Nice Time”. The latter is transformed into a jumpy soca-a-like tune. The cover of George Harrison’s ballad “Something” is a slow-paced ‘classy’ pop tune. Jerry Butler (Impressions) wrote “I Can’t Forget About You Baby” and Phyllis puts out a really nice rocksteady interpretation. “Picture On The Wall” was a Studio One hit for Freddy McKay and Phyllis’s her do-over is just as good. The standout selection on the album must be the ghetto anthem “Woman Of The Ghetto”, originally done by Marlene Shaw. “Eddie Oh Baby” is an answer version to Eric Donaldson’s “Cherry Oh Baby”. Also noteworthy is her reinterpretation of “The Love That A Woman Should Give To A Man”.

The rest of the cd is a collection of tunes she recorded for Duke Reid. There’s the monster hit “Perfidia”, an American standard which has been recorded by lots of artists since its 1941 debut. Also known for its chart success is “Love Is All I Had”, an original Phyllis Dillon tune. “Don’t Touch Me Tomato” is a risqué rocksteady skanker! There are some interesting duets included here. The duets with rocksteady icon Alton Ellis include “Remember That Sunday” and “Why Did You Leave Me”, the latter being a recut of “Why Did You Leave Me” from The Heptones. Hopeton Lewis joins her on “Get On The Right Track”, a well known single from 1969. “It’s Rocking Time” is a celebration to the craze of that time, rocksteady. Great tune! A sweet soul rocker comes from her collab with Boris Gardiner, “Tulips (And Heather)”.