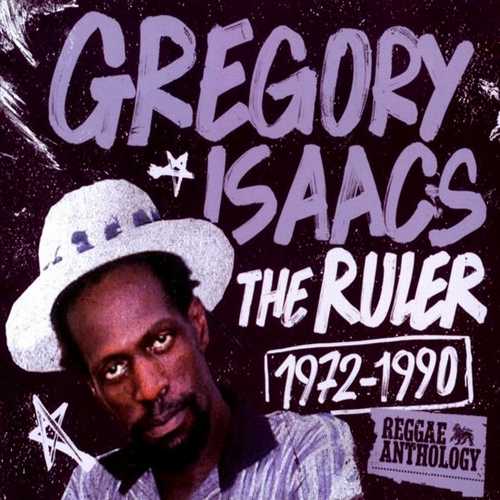 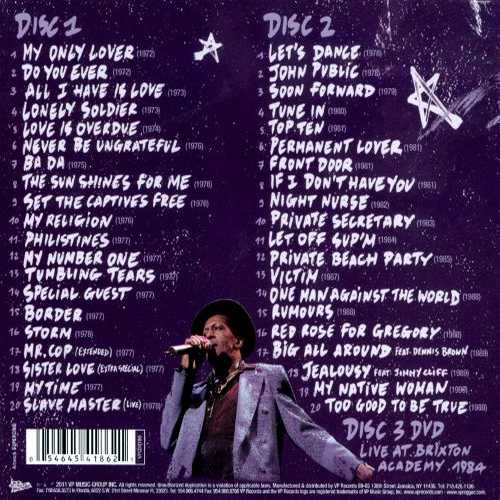 Today, October 25th, it’s eight years ago that reggae icon, and one of Jamaica’s most beloved vocalists, Gregory Isaacs passed away. A good reason to bring back to mind the 2011 released package from 17 North Parade, a rightful tribute to the man who gave us so many fine reggae songs.

Toot, Lonely Lover or simply Cool Ruler are just some of the nick names given to Gregory Isaacs, who was regarded the ‘rude boy’ of reggae mainly due to rumours about his rude boy lifestyle – he once claimed he had to be tough to maintain his position within Kingston’s notorious musical industry. He was born in Kingston JA on the 15th July 1950 and passed away 25th October 2010, after a battle with lung cancer. In the ‘Reggae Anthology’ series VP Records releases a superb overview of the man’s career, highlighting his most fruitful period of his career. The release comes with a booklet that features in-depth liner notes from Steve ‘Serpiente’ Stromberg. The addition of the DVD ‘Live At Brixton Academy 1984’ makes this set an interesting must-have item for all reggae lovers.

With a career spanning some 40 plus years and an estimated 500 (!) albums to his credit, his discography is a confusing labyrinth of various producers, musicians, record labels, studios and compilations. Strange enough he’s one of the few leading JA artists who didn’t record for Coxsone’s Studio One! In 1969 he did a brief stint with The Concords, cutting two singles for producer Rupie Edwards. His career actually started with his first hit, “My Only Lover”, a tune produced by Gregory and Errol Dunkley in 1972. The first part of the ’70s saw Gregory scoring hit after hit. “Love Is Overdue” became his first international hit in 1974. Alvin Ranglin produced it in the Treasure Isle studio. Gregory was a superb songwriter, but he also did some fine covers throughout his career. In 1976 he versioned Bob Andy’s “The Sun Shines For Me”. In 1979 the extended version appeared on the album “Gregory Isaacs meets Ronnie Davis”. From the same writer he did “My Time” that became an all-time public favourite.

Recognized internationally for his significant lovers rock catalog, he also penned several excellent roots tunes. The self produced “My Religion’, “Philistines” and “Border” were excellent roots tunes he recorded in the second half of the ’70s. He teamed up with Lee ‘Scratch’ Perry for the impressive “Mr. Cop”, here offered in an extended mix. In 1978 he cut the awesome “Set The Captives Free” for producer Ossie Hibbert.

Disc Two starts with Gregory’s rendition of the John Holt classic “Let’s Dance’, followed by “John Public”, a tune that illustrates his frustrations over intrusions into his personal affairs. At the start of the ’80s he was at the height of his career, riding the charts with the albums “More Gregory”, “Showcase” aka “Sly & Robbie Present Gregory Isaacs” and “Lonely Lover”. “Soon Forward” ranks among his finest works. Sly & Robbie first issued the track in 1979 as a single on their Taxi label and included it on the “Showcase” album a year later. Brilliant tunes such as “Tune In”, “Top Ten” and “Front Door” kept his status as superstar alive.

In 1982 he and Flabba Holt unleashed the album that made him famous worldwide, helped by the distribution of renown Island Records. “Night Nurse” is the ultimate Gregory Isaacs lovers album, with an awesome lovers rock selection. “Out Deh” was his second Island album. The title track is included here. In the second half of the ’80s he did good business with producer Gussie Clarke, cutting the albums “Private Beach Party”, “Red Rose For Gregory” and “I.O.U.” The latter included a 12″ mix of his biggest ‘digital’ hit “Rumours”. His most underrated album is the one he did with the late King Tubby at the end of the ’80’s. The album “Warning” sees Gregory in a sober mood, voicing over sparse digital riddims. The compilation closes with “Too Good To Be True” from the “I.O.U.” album.

The package includes the 1984 “Live At Brixton Academy”. This DVD contains material that was transferred from analog sources (VHS) and is below nowadays standards. But it’s a fantastic show, backed by the Roots Radics complete with a horn section.

Conclusion Though it's impossible to capture Gregory's career on two discs, the package is a rightful tribute to the man who gave us so many fine reggae songs.