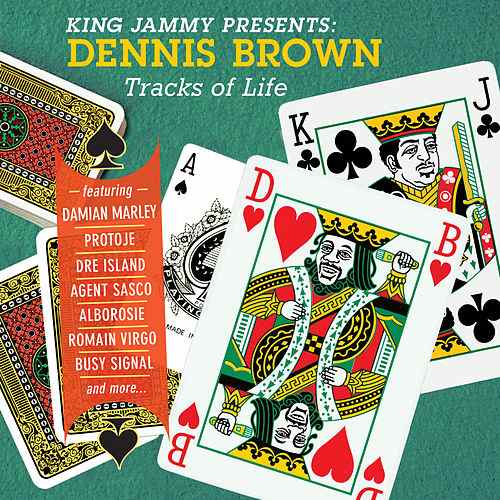 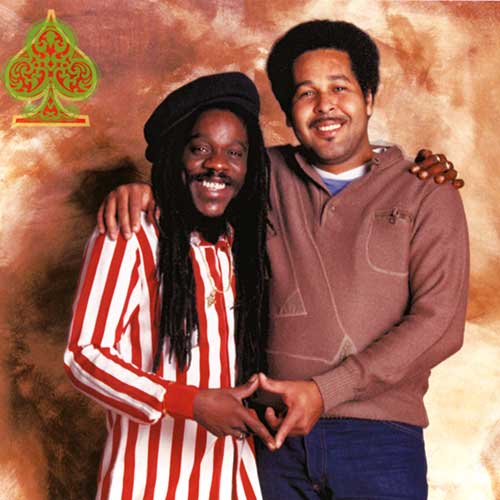 Dennis Brown has to be considered one of the most prolific and popular reggae artists ever. He was born in 1956 and started recording for producer Coxsone Dodd, while still in his childhood. Several singles and the two albums “No Man Is An Island” and “If I Follow My Heart” were the result. In the ’70s and early ’80s he established himself as a major force in reggae music with numerous roots and lovers cuts for several leading producers. Throughout his three decades spanning career he has delivered about 80 albums, compilation sets included – he has always continued to win new fans and please old ones with his music.

So, it’s no wonder Dennis Brown has been called one of the most dependable performers in reggae. In fact, the late great Bob Marley referred to him as his favorite singer, which is quite a compliment. In the nineties he remained a name always worth watching out for. He passed away on July 1st, 1999. A whole generation of Jamaicans and reggae fans literally grew up with his music. A devout Rastafarian and a member of the Twelve Tribes of Israel Organization, Dennis Brown was a musical genius who’s still dearly missed. No doubt Dennis Brown (also known as the Crown Prince of Reggae Music) was one of Jamaica’s sweet-voiced singers, who has never limited himself to one style. Whether it is lovers rock, roots & culture or dancehall music, he truly could handle it all.

At the end of 2016 VP Records released an exquisite tribute double album, produced by Clive Hunt, with 30 Dennis Brown tracks covered by an impressive array of artists, including a few veterans and several contemporary and up-and-coming youngsters. Two years later the company puts out another ‘tribute’ set, now under the production guidance of Lloyd James aka Prince Jammy aka King Jammy. Jammy produced three Dennis Brown albums. “Unforgettable” in the ’90s, the digital set “History” aka “The Exit” and “Slow Down”. Jammy remembers: “Slow Down was the first Dennis Brown album I did… I record that album in London, and it was strictly live music… to me, Dennis Brown sounded better when we did live riddims.” The album “Slow Down” was released in 1985 by Greensleeves which was the major reggae label in the mid ’80s. Hit tunes from the album were “Joy In The Morning”, “It’s Magic” and “Slow Down”.

For “King Jammy Presents Dennis Brown – Tracks Of Life”, Jammy returned to the master tapes of the albums “Slow Down” and “Unforgettable” and other productions. He refreshed them to the sound of now, but without damaging the authentic sound. Several popular artists were invited to voice (and write additional lyrics) for this project. The list is impressive: Damian “Jr.Gong” Marley, Alborosie, Busy Signal, Protoje, Romain Virgo, Agent Sasco, Dre Island, Jesse Royal and more. The album also includes an unreleased & remastered Dennis Brown song, “You Satisfy My Soul”.

The result is a flawless collection of combination songs that will please any Dennis Brown and reggae fan. Strong and powerful opening with Damian “Jr.Gong” Marley supporting Dennis, followed by Protoje who turns the lovers tune “Joy In The Morning” into a herb anthem as he sings about ‘High Grade Morning’. Excellent! Dre Island rewrites “Icy Road” with lyrics relating to gun violence in “Gun Town”. “Wash Dem Away” with Agent Sasco relicks Nitty Gritty’s version in fine style, and Italian reggae phenomenon Alborosie, who did a combination tune with Dennis earlier, adds enough power to “Live And Love”. Certainly worthwhile mentioning is his take on Jammy’s “Cat Paw” riddim called “Run The Track”. Here he is joined by the immensely popular Romain Virgo.

Then there are Lovers vibes with Projexx on “Give Love A Try”, a do-over of the 1992 song “Give Me Sweet Loving” on the “Truly” riddim. The original tune “Now And Forever” is retitled “Real Love”. It sees Aza Lineage’s soulful vocal delivery matching with Dennis’ lines. The popular lovers track “It’s Magic” features Jesse Royal inna toasting fashion! Josey Wales steps up on “How Long”, the upgraded version of the roots tune “They Fight I”. The soft dancehall style of Baby G is a fitting addition to “Let’s Build Our Dreams”. Over to “The Genie Rub A Dub”. Busy Signal fires up the party with his shouts and interjections across the tune “Genie Lady” and reworks it to a rub-a-dub killer! The closing track licks Dawn Penn’s “No No No” riddim with the help of Bounty Killer.

Conclusion A more than satifying project from 2 icons of reggae!