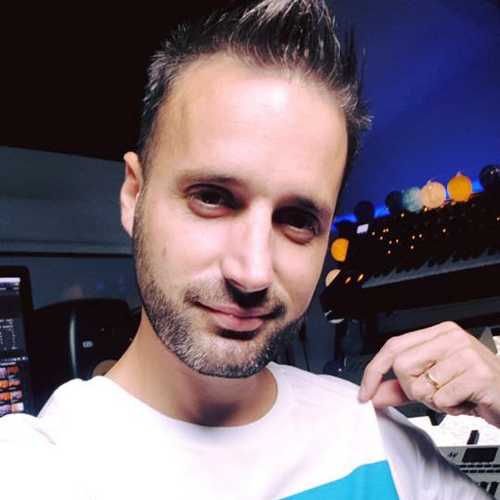 Only six month after the release of the acclaimed “Digital Kingston Session” album, unstoppable French riddim maker, bass player and producer Manudigital already treats his growing fanbase to a brand new studio album entitled “Bass Attack”. For the latter Manudigital stuck to the tried and trusted formula he utilized for his earlier this year released album as he produced an explosive collection of tunes in collaboration with a variety of artists.

Manudigital’s signature Digital Reggae sound the listener knows from “Digital Kingston Session” is, of course, also represented here, but besides that “Bass Attack” shows that he isn’t reluctant when it comes to explore new styles as long as its bass driven. And thus this set also features styles such a Electro Reggae/Dub, Drum & Bass, and Dubstep.

Veteran singjay General Degree, present here with two tunes of which the uptempo “Bad” is the slightly better one, gets things going with a remixed version of “Ruff It Up”. First highlight comes with “Bye Bye Boom Boom” by Brooklyn-based Jamaican artist Red Fox, whose tune is a wicked rub-a-dub piece. Mesh M18, a Reggae Dancehall artist from Paris nicely rounds off the opening lot of “Bass Attack” with the message tune “Nah Fight”.

“Rock This World” from the seemingly omnipresent Skarra Mucci turns out to be a club banger, one that brings in real fun vibes. Sumati Bhardwaj, better known as Soom T, has a voice you either love or hate to listen to. On “Dem Poison” her vocal works well with the riddim provided by Manudigital. Totally different style and vibe comes next with the decent “Rub A Dub” by the one they call the Lyrical Fya – Cali P. An Arabic flavoured riddim underpins another club banger, Junior Cat’s infectious “Shoot & Collect”. The two veterans, Derrick Parker & Lt. Stitchie, deliver a nice Soundbwoy tune, before MC Taiwan comes up with the ganja tune “Reach The Sky”. The latter, another highlight here, utilizes Pabblo Gad’s lyrics “When I was a youth I used to burn cali weed in a rizla / Now I am a man I jus’ a burn collie weed in a chalwa”. And then it’s French artist Dapatch who borrows some lyrics of Brigadier Jerry’s “Strictly Rub-A-Dub” for his entertaining “Strictly That Style”. Always good to hear Devon Morgan aka Little Devon collaborate with Manudigital as it leads to stuff that excites and “Time Bomb”, with its nice Drum & Bass parts, is no exception.