The Mighty Three’s – Africa Shall Stretch Forth Her Hand 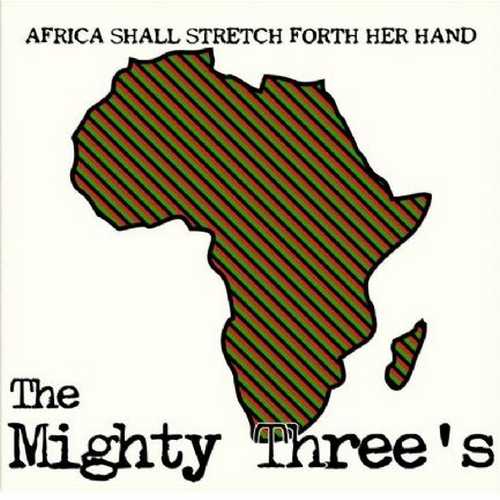 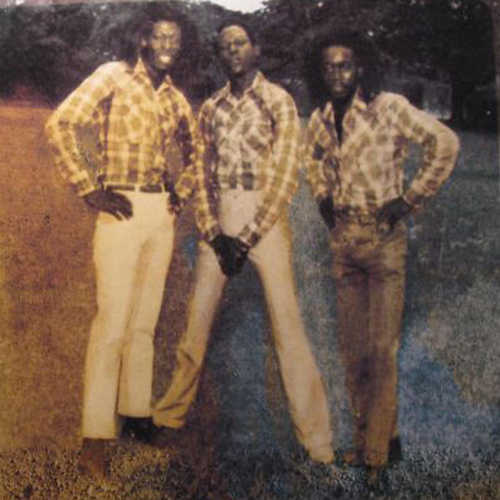 The Mighty Three’s – Africa Shall Stretch Forth Her Hand

In 2004 reissued on cd by the defunct Makasound label outta France, it’s now the UK based Jah Fingers music imprint that comes up with a dbl vinyl LP of the Mighty Three’s, a release that combines the vocal album “Africa Shall Stretch Forth Her Hands” with it’s equally heavy companion dub album.

The roots vocal trio called The Mighty Three’s was formed in the mid-’70s and consisted of Carlton Gregory, Bernard Brown, and Noel “Bunny” Brown. The latter is probably the best known name as he was the founder of the Chosen Few, before he co-founded The Mighty Three’s. However, it was Bernard Brown who launched the group, using The Kingstonians or The Mighty Diamonds as a model. Although the vocal trio scored some hits in Jamaica – with “Backyard Movement” being their biggest – they split up after a few years because of lack of funds. The Mighty Three’s left their mark with only one album, “Africa Shall Stretch Forth Her Hands”, and the dub set of the same name, both originally released on April Records in 1978.

Added to the original sets is “One Black People”, The Mighty Three’s first song that only came out as a single at the time, as well as its dub version. All tracks included here are produced by Noel and Bernard Brown in 1979 and recorded at the little known Concert Studio in Kingston, Jamaica. Musicians that laid the riddims (all fresh originals and no remakes of familiar backdrops) are the totally unknown Bernard Snow, George Subraite, Merick Dyer, Clinton Rowe and the now well known singer/drummer Glen Washington.

The ‘rockers’ style riddims are great and the ‘dread’-sounding vocal harmonies of the three singers superb. Vocally and lyrically the Mighty Three’s are strongly reminscent of renowned roots group such as The Meditations, Israel Vibration and The Royals, to name a few from the heydays of roots reggae. Each tune featured here has its own merit and is a gem in its own right, so we don’t want to talk about standout tracks, but simply mention our personal favourites which are the killer “Rasta Business”, “Sata”, “Sinking In The Mist”, “Backyard Movement”, “Nearer To Africa” and “One Black People”. It sounds like the dubs are taken from vinyl, but that doesn’t matter at all as they are awesome workouts, truly a worthwhile addition to the vocal tracks.

Conclusion This is a must-have release for any reggae devotee... a great re-issue!