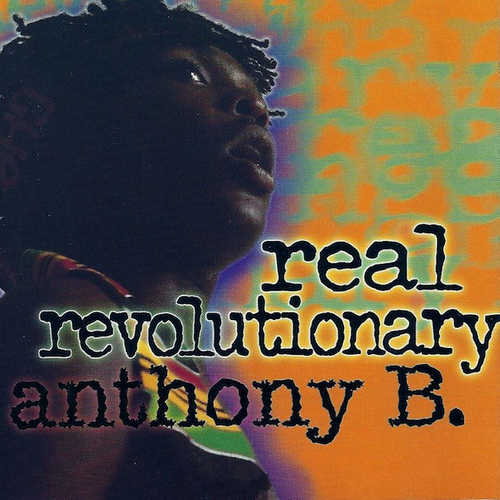 Jamaican record producer and label-owner Richard “Bello” Bell launched the Star Trail label in around 1989 along with Garnet Dalley. He began by producing artists such as Beres Hammond and Hugh Griffith, but encountered his first great successes in 1992 with Garnet Silk’s “Hello Africa”, Yami Bolo’s “Non-stop Loving”, and other successful singles by Leroy Smart and General Degree.

During his youth, Anthony B’s favourite singers were reggae legends Bob Marley and Peter Tosh, artists who strongly influenced his own style. Peter Tosh’s influence can definitely be heard in Anthony B’s vocal delivery and revolutionary stance. When he joined Richard Bell’s Star Trail posse they created quite a few hit singles, all of them featured on this debut album called “Real Revolutionary” (released by VP Records as “So Many Things”). Without any doubt this blistering set establishes Anthony B at the forefront of the new generation of cultural performers.

Most of the times Anthony B chants in a deep growl utilizing the melody, certainly putting in a powerful punch on tunes like “Raid Di Barn”, “Prophecy Reveal” and “Ghetto Youth”. Furthermore included on this album are the huge “Bun Down Sodom” on the “Baltimore” riddim, the banned songs “Fire Pon Rome” and “Swarm Me”, and the 1995 single “One Thing”. The accompanying new tracks are all in the same league, none more so than his interpretation of Tracy Chapman’s “Cold Feet”, the anti-gun message which he makes his own. Also worth hearing is “World In Trouble”, the combination with the late Garnet Silk on the “Guiding Star” riddim. In all his songs Anthony B keeps to total culture and that’s really a great thing to witness.

Anthony B’s “Real Revolutionary” is an impressive debut album full of big tunes that should have a prominent place in any Reggae head’s collection.

Anthony B – Real Revolutionary aka So Many Things