Anthony B – Rise Up 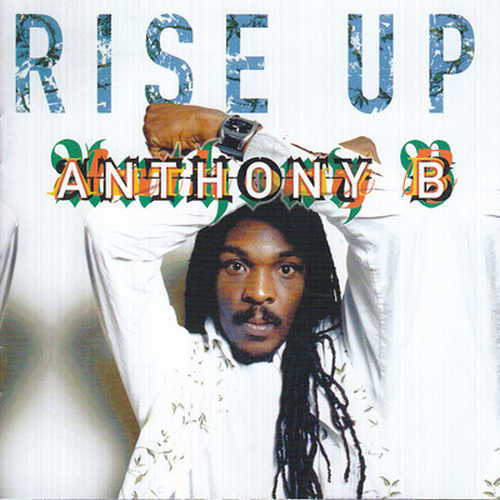 ANTHONY B – RISE UP

At the beginning of his career in the mid-’90s Bobo artist Anthony B and producer Richard “Bello” Bell of Star Trail fame formed a very strong combination which led to the release of strong albums like “Real Revolutionary” (aka “So Many Things”), “Universal Struggle”, and “Seven Seals”. In the early years of the new millennium the militant chanter left the Star Trail camp, due to a dispute with Richard Bell about not receiving the revenue from the music he recorded for him. In an interview with Jah Rebel he stated : “I was with Star Trail for over ten years and I never received a publishing check until I joined the Music Publishing Society in 2003!” and “The only thing I asked for was 50%, but Bello didn’t want to hear nothing, so although I respect him still, that really disappointed me.”

After leaving Star Trail he linked up with various producers and besides recording the usual roots pieces, he also started voicing far more hardcore dancehall riddims which also employed bashment stars like Beenie Man, Zebra and Mega Banton. During that period his album releases (and also his 7″ singles) were of varying quality to say the least, and it was obvious that his star was in danger of slipping. That changed when he started to collaborate with Maximum Sound’s producer Frenchie with whom he recorded the 2004 released solid album “Powers Of Creation”. The latter gave a good glimpse of what both artist and producer were capable of in terms of bringing quality reggae music to the masses. Under the watchful guidance of Frenchie, Anthony B then definitely returned to form with “Black Star” (2005), which was followed by the matching “Higher Meditation” set (2007).

And now there’s the fourth full length album release of this winning team entitled “Rise Up”. Without doubt this collection of tunes outmatches the previous albums he did for Frenchie, and that’s no sinecure as they maintained a good quality level throughout. In fact this is one of Anthony B’s best albums in years, one that in terms of quality can be ranked behind the excellent “Real Revolutionary”, but probably on equal footing with “Universal Struggle” and “Seven Seals”.

“Rise Up” maintains a roots vibe throughout and features three combination tunes worth of hearing including the real good “Better Hafi Come” with Chezidek, the excellent “Enter The Kingdom Of Zion” across an updated version of Black Uhuru’s “Darkness” riddim featuring the legendary Studio veteran Horace Andy, and the solid “Be Wise” with Lukie D. But also Anthony B’s solo efforts contain quite a few great tunes including the truly wonderful “Iley, Iley, Iley, Iley Selassie I”, the nyahbinghi tune “Where Is The Black Man Rights?” complete with female backing vocals in the verses, “On Spot Herb Shop” over the “Drum Song” riddim, “Give Thanks For Life” on Black Uhuru’s rejuvenated “Youth Of Eglington” riddim, and the Colin “Bulby” York & Lynford “Fatta” Marshall produced herb tune “Nothing But The Highest” on a relick of Black Uhuru’s “General Penitentiary” riddim. “Weeping Willow”, a nicely done cover of Alton Ellis’ classic rocksteady tune, rounds off an Anthony B album that will certainly please those who spotted him as a major talent in the mid-’90s as well as current reggae fans who are looking for well-produced modern roots reggae.

Conclusion Another worthwhile release coming from the collaboration between Anthony B and Frenchie.