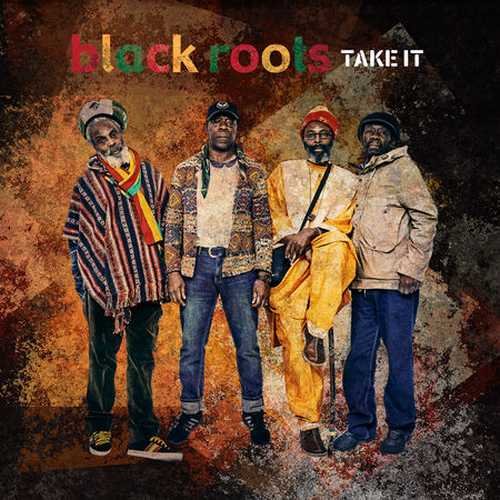 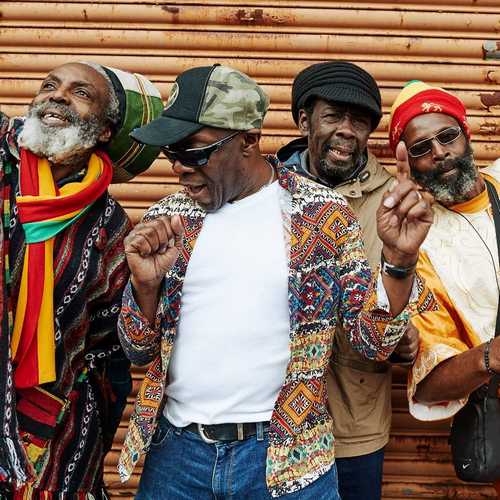 Black Roots are an eight piece Roots unit who mezmorised us with their “militant-pacifism” roots sound for over 30 years. Formed in 1979, Black Roots exploded onto the Roots Reggae scene in 1981 when John Peel, the legendary DJ on BBC Radio 1, showcased their debut EP on his show, hailing them as one of the best new reggae bands in the UK. Their unique brand of roots reggae drew in people seeking to find a voice that spoke out against the injustices and alienation caused by the pace of political reform introduced in Thatcherite Britain. Black Roots’ uncompromising lyrical content was that voice throughout the 80’s.

From these beginnings, the band toured the United Kingdom extensively playing clubs, colleges, venues and universities, and made regular appearances at Glastonbury, WOMAD, Elephant Fayre and other major festivals. They broke into the European circuit following a support slot in 1984 on UB40’s European tour; made several radio and television appearances and released several albums in this period (‘Black Roots’, ‘The Frontline’, ‘In Session’, ‘All Day All Night’, ‘Natural Reaction’ and others). But it all went quiet for the band in the early 1990s. The band seem to slide off the ends of the earth and nothing happens for over 10 years.

However, their loyal fans continue to search out their music and it is this loyalty that leads to their re-emergence, engineered by Makasound (France) after they approached the band, licensed and reissued some of their back catalogue ‘On the Frontline’ in 2004 and ‘In Session’ in 2007. This was followed by 2 more reissues in 2011 on Bristol Archive Records (UK) a compilation of their singles ‘The Reggae Singles Anthology’ and a reissue on CD of ‘All Day All Night’ with bonus tracks.

But most importantly the band started to record new original material and in 2012 they released ‘On the Ground’ on Sugar Shack Records (UK). It is their first original studio album in over 20 years and is followed up by 2 more releases of original material on Soulbeats Records (France) ‘Ghetto Feel’ 2014 and ‘Son of Man’ 2016. These recordings have struck a chord highlighting once again the alienation and injustices that are emerging in Europe today as it swings inexorably to the right and people’s rights are being eroded away.

The band continues to produce more original music and went back into the studio in December 2017 to record and produce 22 songs at Portishead’s J&J Studio in Bristol employing the mixing talents of Louis Beckett. The first album from this session, ‘Take It’ is released on 2nd November 2018 on the band’s own label Nubian Records in collaboration with French independent label Khanti Records.

“All our songs are inspired by the over sight of how the youth dem lost their way in the jungle of capitalism, slaying dem brothers and sisters without any hesitation. That brutality comes from the mindset of our so-called leaders.” This quote from the band speaks for itself and makes clear that the band are not about the change direction! The music is strictly roots reggae, live instruments with a superb horn section, thumping basslines, building steady one drop riddims all the way.

The opening tune, the title track, sets the album on fire and hits hard. Over a skanking riddim the message is clear! “Forgive Them” reminds us of Errol Dunkley’s “A Little Way Different”. Here Black Roots asks the mighty Jah to forgive all the wrong doers and false leaders. “Be” is a powerful tune with a great arrangement and delivery! There are several references to children and how they must be protected as they are our future, check “Children Of The World”! The same goes for “Digital” with its uptempo riddim that incorporates ‘rockers style’ influences.

“What A Crisis” delivers its sombre message across a flawless riddim with triumphant horns. There’s the classic Black Roots style on “How Long” with its “Africa Free” theme, while the compelling song “Ah Who Say” calls out to “stand up and fight down Babylon”. We agree! “Reincarnation” is powerful roots song that’s presented tastefully with a superb horns solo. The album closes with a lyrical and musical attack on the Tories (UK political party), accusing them of being false prophets whose gift is repression and false imprisonment.