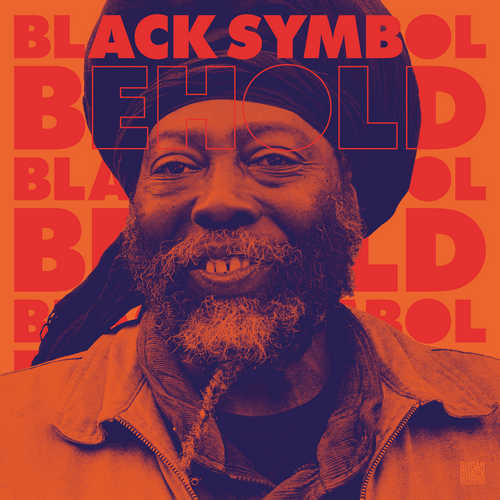 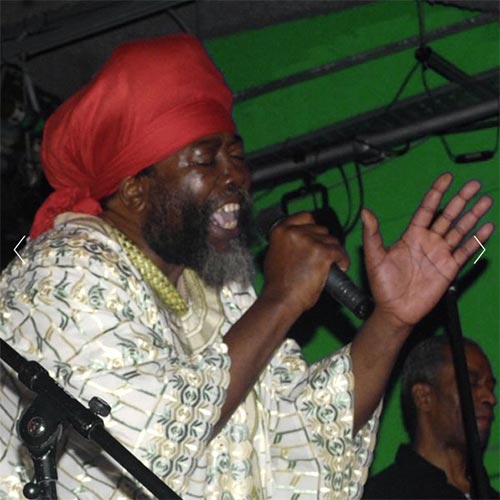 About four years after the release of “Journey”, Black Symbol’s first new album in thirty years, prominent Handsworth, Birmingham reggae figure Fatman has returned to the studio to record a follow-up album entitled “Behold”. During the late 1970s and early 1980s, Fatman and Black Symbol helped to put Birmingham’s Handsworth area firmly on the reggae map with a series of singles and three albums done in conjunction with other local artists, including the two legendary volumes of “Handsworth Explosion”, both reissued on the Reggae Archives Records label in 2014/2015.

As always Fatman, lead vocalist and founder of Black Symbol, has self-produced the music on this new album for which he collaborated with other Birmingham musicians and singers including Fingers, Compendulum and Steel Pulse’s Selwyn Brown on keyboards, Paul Bedford on bass, Trevor on guitar, and backing vocalists Empress Bev, Porsha, Bernadette and Jahmush. The recordings were engineered by Angus Jones and Birmingham reggae legend Wooligan, while the final mix was handed over to the experienced and regular Sugar Shack collaborator Chris Potter aka Compendulum, who himself has a reggae career stretching back nearly as far as Black Symbol’s.

Black Symbol’s new album “Behold” features an appealing mix of roots, social commentary, spiritual music and even a love song. Besides that there are also renditions of some classics of the reggae genre. The anthemic “Mother Of Creation”, with Fatman having a throaty approach similar to Burning Spear or Clinton Fearon, is a very strong opener and one of the album’s standouts. Although it’s a modern track, the song has a classic ’70s feel with its repetitive message to teach the current generation a true message of love, a message that is unfortunately lost on so many of today’s youths. The next track, “Collie Bud”, comes over a cleverly done version of Bob Marley’s “Natural Mystic” riddim. This tune reflects on Black Symbol’s childhood in rural Jamaica, a childhood of bountiful small farms where there was always enough food for one’s family as well as feeding the hungry. It also celebrates growing ones’ own collie “for the healing of the nation”.

Then it’s time for Black Symbol’s interpretation of two reggae classics. “Mama Say” is a superb rendition of the Heptones classic from 1975, whilst “Behold” is a unique acapella take on Culture’s “Behold” with a choral backing for the chorus taking on the mantle of a gospel spiritual. And there’s also “Throw Down Your Arms”, which draws upon and adapts the Burning Spear song of the same name. Black Symbol’s beautiful version has a light upbeat backing that contrasts with its deadly serious message. In between “Behold” and “Throw Down Your Arms”, listeners can fulljoy “Vampire”, a more standard roots fare with its message to be aware of ‘vampires’ who try and keep you down whilst finding inspiration in Jah will lead to redemption. It’s followed by “Solidarity”, a decent song that calls for unity in a world full of division. “Really Have To Pray” encourages listeners to pray to Jah and once again warns about ‘vampires’ and ‘vultures’ that will be kept at bay by a pure heart. “My Empress” is a nice heartfelt love song, whilst the final track “Brutal” returns to images of rural Jamaica and farming and the constant regimen of work needed just to survive as a small farmer.

(Note: Besides the CD and digital versions of the album there’s also an 8-track limited edition Vinyl available.)

Conclusion "Behold" will definitely please the many fans of Black Symbol, old and new.