The Silvertones Meet The West Kensingtons – Push The Fire 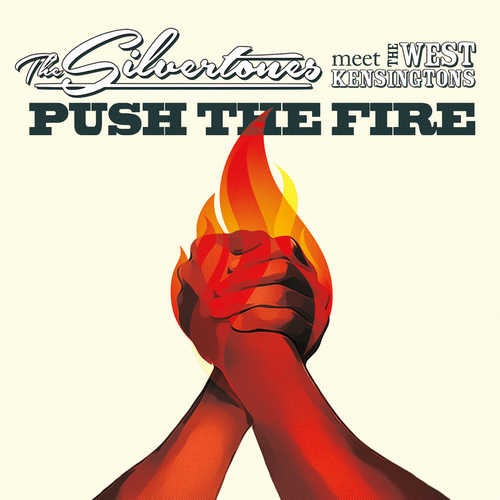 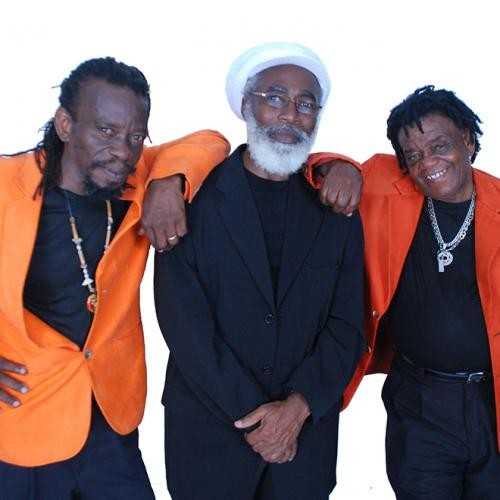 THE SILVERTONES MEET THE WEST KENSINGTONS – PUSH THE FIRE

Kingston and Philadelphia are both abundantly rich in musical tradition; laying the Foundation for some of the most powerful sounds ever made. Connect these two historic outposts for an album and truly amazing results are bound to happen. Absolutely the case with “PUSH THE FIRE”. A seamless collaboration between Kingston statesmen THE SILVERTONES and Philadelphia’s resounding THE WEST KENSINGTONS. The latter emerged some 50 years after the iconic Silvertones emerged but the lyrics to riddim is right on time…

Volumes may be written about The Silvertones and their firm imprint on Jamaican music history. Keith Coley, Delroy Denton and Gilmore Grant formed The Silvertones in 1964 on Wildman and Beeston Streets (Kingston). Their first hit, “True Confession”, ensued in ‘65 for Duke Reid. This harmony group has massive hits from Ska, Rocksteady and Reggae. “True Confession” was a smash hit in Rocksteady days. They continued the stride with Mr. Reid, Sonia Pottinger, Clancy Eccles and Clement Dodd (a link that would ultimately last decades). By the late ‘60s-early ‘70s, they had numerous hits, sometimes singing as The Valentines (“Guns Fever”) and as The Admirals. Working with Lee Perry, they voiced their timeless debut album, “Silver Bullets”, in one night at King Tubby’s. This was the first album from Perry’s Black Arc(not called Ark yet)in 1973 and was released on Trojan Records the following year. A historic album recently reissued for Trojan’s 50th Anniversary. The group held solid ground with Studio One from the mid ‘70’s until Sir Dodd’s passing. The link yielded such hits as “Smile” and “I Want To Be There”.

The line-up changed with Denton’s departure and the addition of current member Joel”Kush”Brown in following years. After some inactivity, they elevated Leonard Dillon’s final album “The Ethiopian” (2012) and released two great albums, “Keep On Rolling” (2013) and “Things Gonna Change” (2015). Gilmore passed on in 2016 and veteran Anthony Feurtado rounds out the current lineup. The Silvertones have graced Reggae Geel, Rototom and Reggae Jam festivals in recent years. Still thriving…

This project commenced in 2016 and both collectives didn’t let any stumbling blocks stop progress. Recordings took place at Compound Studios (Philadelphia) and SoundWave (Kingston). Mr. McKinney’s vast experience as producer/engineer stands firm here. Additional engineering by Ricky Wave and Sean Hur. Mix and mastering by Esteban Descalzo at Kingston Factory (Buenos Aires). An international affair indeed. “Them A Grumble” kicks off the album so right! A bouncing Rocksteady number – “who push the fire… must be a warrior”. A socially potent track with Keith’s Heartical tones elevated by earthy harmonies. West Kensingtons evoke an authentic sound on par with that beautiful Rocksteady era. “Soffling Green (Only Me)” is a Ska soaked gem. Mr. Coley’s ethereal vox carry like a smooth breeze with Foundation harmonies and spot on riddim (big up hornsmen!!). The ability to bring forth these two historic eras of JA musical history with fresh urgency is amazing! “Walk” is a skanking instrumental that showcases an excitable mesh of early Reggae and Soul. These guys can play!!

The Silvertones have revisited many classics over the decades to enormous success (“True Confession” “Midnight Hour”…). They explore Sam Cooke’s “Love Without Devotion” with Ites ability. The beautiful riddim is perfect for Silvertones’ sound. Keith, Joel and Anthony vocally caress this gem with clarity and purpose. Absolute rewinder that touches Heart and Soul. “Give Love A Try” is a standout selection! This anthem is a Soul stirring and levels raising vibration! The tale of two cities is presented as one. “Love will strengthen your days and nights”. Keith and crew carry this musical chariot with those decades of experience and exemplify his songwriting ability. The Silvertones catalogue is brimming with original hit songs. Salute to West Kensingtons for bringing such an engaging riddim.

The genius of Sam Cooke is spotlighted on “Heaven To Me”. Singers and players of instruments are in one perfect accordance. Sweetest sounds that require repeated listening – gets better and better! How good and pleasant to listen to The Silvertones sounding so great in 2018. “Don’t Break My Heart” is a pulsing gem! Quincy’s bass anchors the flawless riddim that Keith and Joel/Anthony (in falsetto brilliance) ride to the Highest region. This song structure recalls the finest moments of both musical cities with absolute vision. The Silvertones have penned a great amount of Roots material over the years. “Earth A Run Red” is a flowing Roots anthem that has an early ‘70s Kingston vibration. Heart and Soul brimming throughout. “One” is a Ska instrumental that again shows the mastery of West Kensingtons. Their grasp of music theory is boundless. This album closes with “Brighter”. A stirring acapella that truly rises up the positivity in Life. These three voices shine so bright… silver. The essence of the Foundation can be found right here.

THE SILVERTONES MEET THE WEST KENSINGTONS-PUSH THE FIRE is simply amazing! All involved had one vision-to incorporate two sounds into one flow. That was accomplished and so much more. One of the finest albums of the year and another example of what is possible when people come together and see it through. Go deh!

TAGS: The Silvertones | The West Kensingtons

Conclusion The Silvertones Meet The West Kensingtons' "Push The Fire" is simply amazing! One of the finest albums of the year!