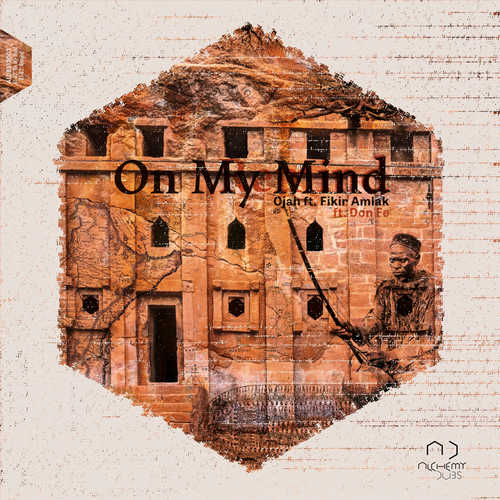 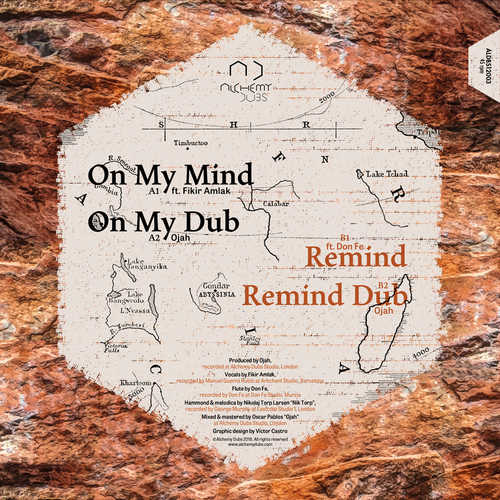 After the release of two tracks on 7” vinyl format as part of a special collaboration between Ojah and Nikolaj Torp Larsen aka Nik Torp, keyboard player from The Specials, Alchemy Dubs has now released a 12″ single featuring 4 new tracks for Ojah’s “Mind” riddim project.

Again there’s that gorgeous intoxicating sound of the Hammond and melodica, courtesy of Nik Torp, that gives the dark, slow paced “Mind” riddim a special something. It’s a backdrop that slowly creeps into the listener’s mind and gets him/her mesmerized. The first vocal version across the riddim comes from talented California based rootsman Fikir Amlak. The latter’s beautiful vocals and harmonies by Fikir Amlak paired with inspiring and emotional lyrics shows that this singer/toaster has perfectly captured the mood and vibe of the riddim. The second cut on the A side is a vocal dub version, expertly mixed by Ojah. The other side of this platter opens with the instrumental “Remind”, the wonderful flute version by Don Fe. The UK born musician and producer based in Spain for over 20 years, has done a good job as his flute play takes the riddim to a different dimension with its deep and meditational melodies. The second cut on this side is a haunted flute dub version, which has – just like the dub on Side A – been mixed live by Ojah in classic fashion.

This is a limited edition release of 600 copies of 180g heavyweight vinyl, hand-numbered, served in a thick custom sleeve with artwork by Victor Castro.