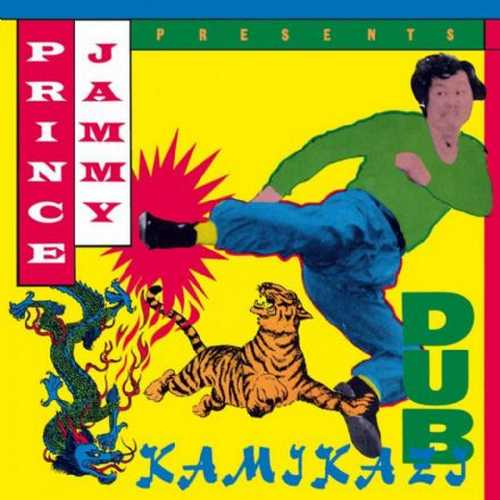 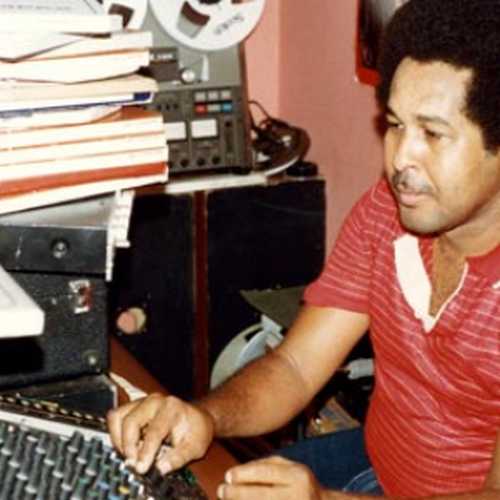 By the end of 1976 the initial trickle of dub albums had become a flood, which actually came to full expression when, in the summer of 1977, the UK music weekly Black Echoes published a three-part article on the genre that included a chart of 125! recommended dub albums. In 1979, a couple of years before the Dub craze was over and reggae’s subgenre became a largely underground phenomenon, Trojan Records released a dub album from Prince Jammy entitled “Kamikaze Dub”, which was inspired by Bruce Lee’s Kung Fu films and features cover art and selections with titles that refer to that genre.

Prince Jammy, later crowned King Jammy, had begun his career in music in the late ’60s, when he built amplifiers for sound systems, a prelude to running his own system. When he returned to Jamaica for a holiday in 1976, after living in Canada since the early ’70s, successful producer Bunny ‘Striker’ Lee persuaded him to make his return more permanent, particularly as King Tubby’s main engineer Phillip Smart was relocating to New York. Soon Jammy was installed at Tubby’s tiny studio and mixing dubs that were firmly in the style of Tubbs himself. Albums for which he then was responsible like Horace Andy’s “In The Light Dub” (1977), Gregory Isaacs’ “Slum In Dub” (1978) and his own “Jammy’s In Lion Dub Style” (the 1978 dub counterpart to Black Uhuru’s debut set “Love Crisis”) were his most important full length dub albums. In general Prince Jammy’s dubs were characterized by their brilliantly clear sound and the precision with which he utilized the considerable array of effects installed in Tubby’s studio.

After being re-released by Trojan Records in 1996, Holland-based record label Music On Vinyl reissues the “Kamikaze Dub” LP once again. This great Prince Jammy at King Tubby’s dubwise set, without any doubt one of the most impressive dub accomplishments by Jammy, includes dubs to many of the tracks from Sugar Minott’s 1979 released album “Bitter Sweet”, which was produced by Prince Jammy and originally released on Gorgon Records. Furthermore there’s the heavy dub to Lacksley Castell’s “What A Great Day”, “Time Is Get Hard” off Johnny Osbourne’s “Folly Ranking” album, and Barry Brown’s “Just Can’t Live Like This” from his “Superstar” LP, which comes across the same riddim as Al Campbell’s “Gone Down The Drain”. The musicianship on here is outstanding, not really surprising with such players of instruments as Sly & Robbie, Santa Davis, Jah Mickey, Augustus Pablo, Duggie, Bobby Ellis, ‘Deadly’ Headly Bennett, Bo Peep, Eric ‘Bingy Bunny’ Lamont Winston Wright, Keith Sterling, Earl ‘Chinna’ Smith, Zoot ‘Scully’ Simms, Cool Sticky and Ansel Collins. The dub space Jammy created is one where the drum and bass can be heard in reverb, supported by the organ and guitar. Recorded at Channel One and mixed at King Tubby’s, this often overlooked dub album, is available as a limited edition of 750 individually numbered copies on orange coloured vinyl.

Conclusion Well worth adding to your collection if you are looking for great classic dub albums.