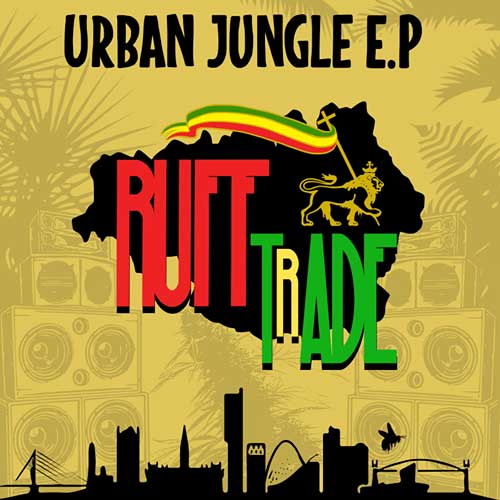 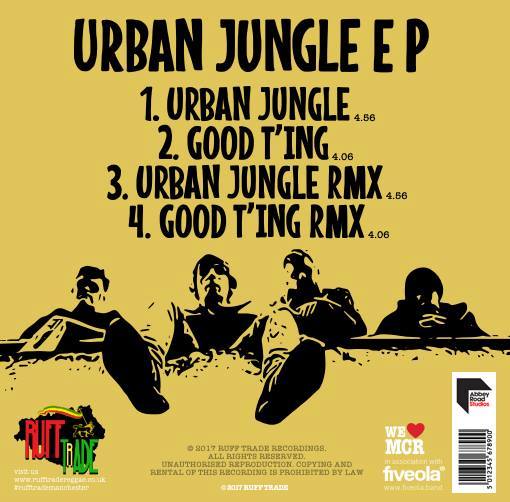 At any given time, Young Lions and Lionesses are on the rise within Reggae movements. Full of energy; eager to spread consciousness. RUFF TRADE incorporates these Heartical traits and so much more. This ensemble of Roots messengers are mostly in their teens but their credentials and deeply intact Roots intellect goes way beyond their years. Absolutely one of the rising bands to observe. These committed souljahs are ready for the international arena. “URBAN JUNGLE” is their smashing debut EP; worthy of international recognition…

The collective hails from Gorton, Manchester (few hours north of London). The band has gone through personnel changes over their four years of operation; the nucleus has and will be a family affair. Frontman and guitarist Ryan O’Neill and veteran Christafari O’Neill (keys/manager) exude unity everytime. The current lineup consists of the aforementioned, Mark ”Dubman” Smith on bass, Shannon Killarney on drums, Simon Seale-Hall on keys and a crucial horn section of Leo Neville and Saxman Will Gibbon.

This lineup impeccably backed veteran Keith Poppin at the 2018 One Love Festival. From rehearsals to show time, Ruff Trade is ready! The levels were raised with the percussive mysticism from superb producer/musician Al Breadwinner. Over the band’s musical tenure, they’ve performed relentlessly all over the region; including rousing sets with Dennis Bovell, Prince Hammer and Suns Of Arqa. The future holds bright for these commited Lions. At time of writing, Ruff Trade is putting Royal touches on their highly anticipated full length debut album.

The title track kicks on in thunderable levels. “Urban Jungle” opens up with Dread words… BOOM. With a solid riddim punctuated by horn blasts, lilting bass and engaging guitar, Ryan delivers in a poignant manner; offering a unapologetic observation of city life. There’s a crucial Aswadesque quality to this song but retains refreshing originality and urgency. Thoughtful arrangements all the way.

“Good T’ing” continues the excellence for sure. A banging concrete riddim with drum and bass in full accordance. Lyrics smart resulting in food for thought. These ambassadors deliver observations of today’s turmoil that make the wicked recoil. Brilliant arrangements that allow the horn section to showcase the Golden Age with upfullness.