Sugar Minott – At Studio One 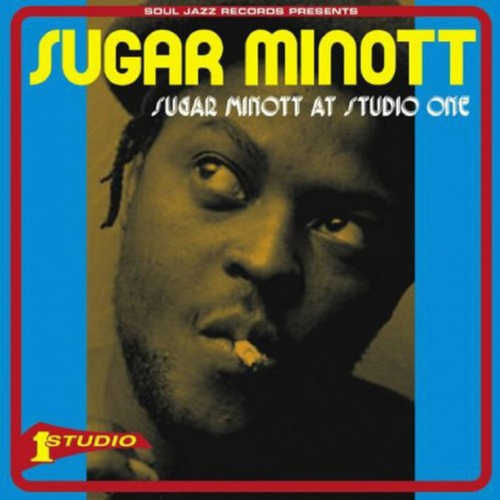 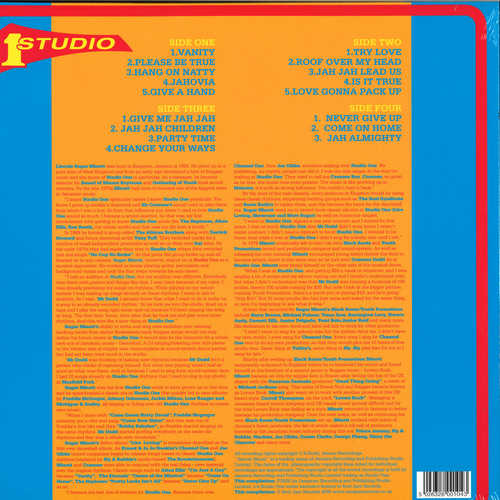 Sugar Minott – At Studio One

Veteran singer, songwriter, musician and producer Sugar Minott – born Lincoln Barrington Minott – from Kingston Jamaica has been a driving force in pioneering the creation of reggae music. Contributing his indoctrination to the reggae music from growing up near a dancehall where some of the best sounds of the day used to play. From this exposure he began to build a repertoir and entered talent contests like the Little Theatre Company. When finished school he began his journey in the music business selling records and playing in a sound named, Sound of Silence Keytone. Sugar then started his own sound by the name of Black Roots which then led to the creation of Youth Promotion.

In 1969 Sugar teamed up with Tony Tuff and Derrick Howard and formed the group the African Brothers. Tony was the lead singer and they recorded for Micron Music which was run by Mick Johnson and Ronny Burke of Sunsplash fame. The group then recorded for other producers from the likes of Keith Weston, Winston “Marrytone” Blake, Rupie Edwards and Coxsone Dodd. Some of the releases were “Lead us father”, “Mystery of nature”, “Party time” and “Righteous Kingdom”. The group sprang up from the gathering at Delacree Rd. and Delamar Ave. corner, properly known as Tony Martin corner where many aspiring artists would mass. Due to strong cultural content of the lyrics the group did not receive the type of publicity it deserved so they all decided to pursue solo careers.

In 1974 Sugar Minott teamed up with producer Coxsone Dodd and was the singer responsible for reviving Studio One to its status following the loss of singers like John Holt, Ken Boothe, Alton Ellis to other studios of the day. The first hit for Studio One by Sugar was Vanity and songs like “House is not a Home”, Hang on Natty and “Mr. D.C.”. which led to his first solo album entitled “Live Loving”. It was the first of the Studio One ‘do-over’ albums, and generally recognised to be the first ‘dancehall’ album. Sugar Minott was allowed his pick of rhythms from the Brentford Road vaults – and he certainly picked some of the best. One of the classic Studio One albums – worthy of a place in anyone’s collection.

The follow up was the “Showcase” album which collects some early Studio One hits in showcase (extended) style. He continued to work with Studio One until 1979 when he left and created his own label Black Roots which led to the foundation of Youth Promotion. Some of the artists that were recorded at this time were Little John, Barry Brown, Triston Palma and Tony Tuff. Based out of Maxfield Park Square Sugar Minott’s Youth Promotion continued to dominate the competitive reggae scene by voicing young artists like Junior Reid, Yami Bolo, Don Angelo, Steely as well as the late Tenor Saw, Nitty Gritty, Colourman and the Archangel Garnett Silk who did his first recording there.

From 1979 to 1981 Sugar had already attained international notoriety and had toured in the US and England and is credited to the development of lovers rock by the release of his album “Music For The Root Lovers” which became an instant success with his English audience. Following this he had a hit with “Good Thing Going”, a Jackson 5 cover which went to #2 on the British charts. While Sugar was in England he continued to develop the Youth Promotion and formed the Black Roots Players. Furthermore he was responsible for discovering the musical group Musical Youth. He also did work with Carl Thompson and Bertie Grant the engineer of UB40. In 1982 Coxsone Dodd released the “More Sugar” album, the one which is regarded as the least of the three Studio One albums.

Sugar Minott had much success with his Black Roots label and helped to develop some popular labels in Jamaica such as Channel One where he recorded the hits “No vacancy”, “Herbman hustling” and “Devil Pickney” with Sly & Robbie. From works done with George “Powerhouse” Phang, Phillip “Xterminator” Burrell, Donovan “Penthouse” Germain, Top Ranking, Tubby’s, Jammys, Tappa Zukie, Bobby “Digital” Dixon and Bullwackies out of New York the new style, known as the singjay dancehall, emerged. The sounds that made this popular where those of U Roy, King Stereograph, King Tubbys right up to Stone Love. Along with Barry Brown he toured the dance halls and thus emerged the current trend that is seen today in Jamaica.

In 1984 Sugar Minott took reggae music to Japan. Along with the late great Bob Marley, Sugar was the only one who had done this and helped to promote reggae music to the Japanese. From this he produced the first Japanese reggae star Naki. Sugar Minott remains a favorite among the Japanese people working with companies such as Takian and performing at major concerts like Japansplash. Sugar Minott’s musical influence comes from people like Nat King Cole, Sam Cooke and Johnny Mathis and most importantly Ken Boothe, Alton Ellis and Dennis Brown. Sugar has various styles that he sings such as lovers rock, dancehall and roots & reality. Credit to his career he has over 60 albums and thousands of 45’s, of which 27 of the albums he has produced.

This long-out-of-print re-release of the dbl vinyl platter of “Sugar Minott At Studio One” collects some 17 sure fire shots from Sugar’s Studio One years and the bulk comes from his strongest Studio One album “Live Loving”. Except for “A House Is Not A Home” and “Live Loving” – for whatever reason not included – the complete album is present here. From the “Showcase” album – previously released on cd by the defunct Heartbeat label – you’ll find here all tracks except “Guidance” and from the 1982 set “More Sugar” comes “Party Time”, “Is It True” and “Please Be True”

Conclusion If you're a true reggae fan you simply can't do without this album! There's only one minor excuse for not buying this one... his most beloved Studio One tune "Mr. DC" is not included.