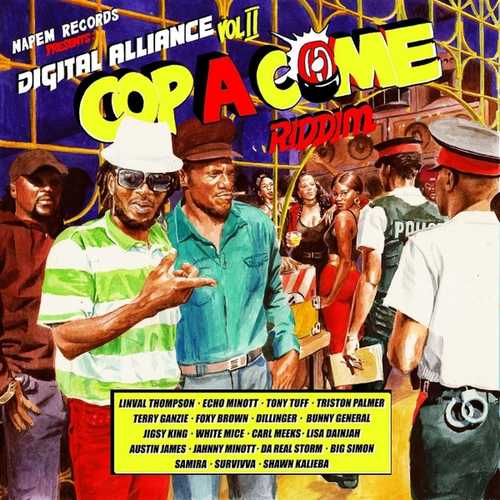 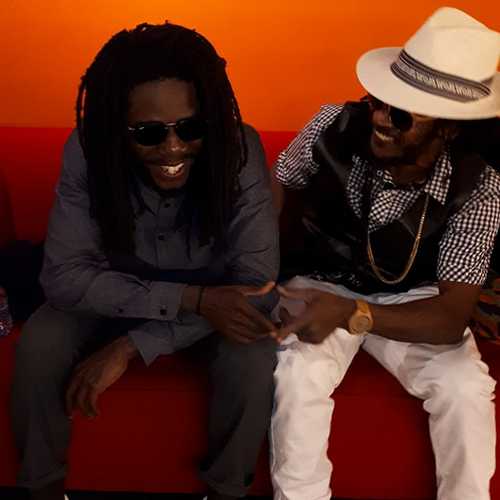 From Napem Records comes a compilation album entitled “Digital Alliance Vol. 2 Cop A Come Riddim”. It’s a riddim based on the riddims heard in the ’80s when digital reggae was introduced to the world. Producers like King Jammy, Winston Riley, King Tubby and many more embraced this computerized dancehall music which changed the face of Jamaican music. Artists like Echo Minott, Wayne Smith, Nitty Griity, Tenor Saw, Sanchez, Carl Meeks, Red Rose, White Mice and nuff others rode the digital riddims with considerable success. The rest is history.

Napem Records is founded by Noel Anthony Philips aka Echo Minott. Born in 1962, Kingston, Jamaica, West Indies he began his career in 1981 with King Jammy when he recorded “Youthman”. He performed in the popular ‘sing-jay’ style, and worked with Prince Hammer. His tune “What The Hell The Police Can Do”, referring to the security forces’ reluctance to become involved in domestic disputes, is one of his best. With Big Jack Scorpio he did “Lazy Body”, an early digital reggae track. The popularity of the tune resulted in the release of two one riddim sets: “Lively Body” and “Lively Move. Throughout the ’80s he stayed a popular performer, but in the ’90s he recorded irregular hits. As a founder and CEO of the independent label Napem Records he produces foundation as well as upcoming artists.

“Digital Alliance Vol. 2-Cop A Come Riddim” is an appealing ‘1986 styled’ riddim (originally from Michael Prophet’s “The Cop A Come”) with some awesome versions by several up and coming artists as well as reggae vets. Stepping up inna great style is Linval Thompson with “Confusion”, a rootical tune that requires immediate rewind. The man himself, Echo Minott, delivers his deadly good inna rootical fashion. Good to hear a new outing from reggae vet Tony Tuff. With “Reggae Music” he proves he’s still is on par with his works from the past. The same goes for Triston Palma with “Strange Things”. Deejay Terry Ganzie takes full control with “Ain’t Giving Up”.

Foxy Brown hasn’t lost any verve as she revisits her 1989 massive hit “Sorry (Baby Can I Hold You)”. Foundation deejay Dillinger delivers a musical explosion from start to finish with “Rub A Dub Style”. Bunny General performs “Sweet Reggae Music” inna Nitty Gritty style, while gruff voiced Jigsy King displays his unique style on “Raggamuffin”. Another artist from the digital era is White Mice, once a member of Sugar Minott’s influential Youthman Promotions camp. He steps up with conviction as he performs “Bredda Bredda”. Carl Meeks, known for performing in singjay style with a distinctive falsetto, released two highly acclaimed albums during the digital era. His vocal delivery is still robust and captivating!

The rest of the album is filled with tunes from lesser known artists. Not all efforts are top notch tunes, but there’s certainly a lot to be enjoyed. Echo Minott’s son Jahnny flashes his musical whip with “Sweet Jamaica”. Austin James brings his version with lyrics that will resonate and penetrate! Then there’s Italian artist Big Simon (Krikka Reggae) who gives us a fine roots tune. Deejay Survivva, a powerful performer, displays his qualities on “Reder Red”, a totally catching tune. The instrumental version is included for good measure.