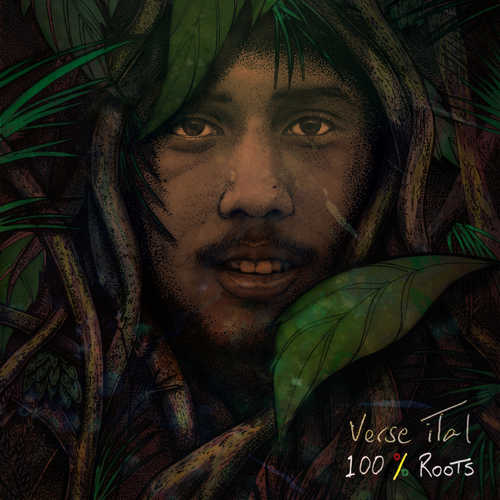 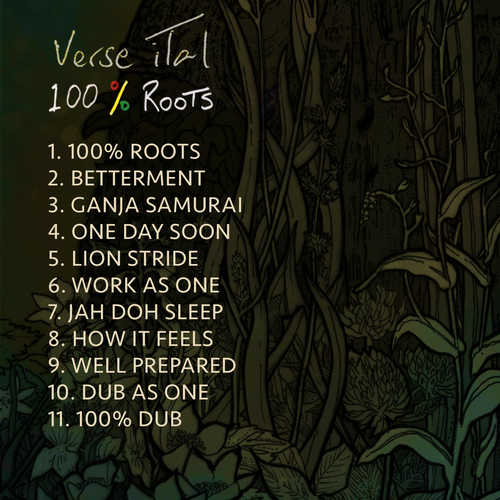 In 2008 the then fast chanting reggae artist Stefan Wilson aka Verse iTal emerged on the Trinidadian music scene with the songs “Nyquil” and “Jah Puzzle”, both produced by Azikiwe Kella. In that same year he released his debut album entitled “Love Cry”. After his debut year, Verse iTal honed his craft and the growth was evident in the 2009 release of the single “Selassie I”, which showcased his unwavering faith to Rastafari.

On Saturday March 29, 2014 Verse iTal gave an impressive short performance at the Petrol Club in Antwerp, Belgium, during the finals of the BeneluXXL Reggae Contest for MC’s. At that night he not only was a true revelation for the jurys and audience, but in the end also the deserved winner of that contest. In 2015 Verse iTal recorded and released his 7-track “Truth & Substance EP”, which featured previously released singles as well as brand new material. In the following years several singles for various producers were released.

And now there’s Verse iTal’s long awaited third full length album entitled “100% Roots”, which features tunes produced by Culture Shock, Asher-E, Fari Life Movement, RD Musiq, D Rebell Productions, MacLes and Suns Of Dub. Compared with the “Truth & Substance EP”, this album shows that Verse iTal continues to grow with his unique voice and conscious words. As the title indicates, this is a roots reggae album, with some influences of dub as well as contemporary reggae sounds. The earlier this year released title track, “100% Roots”, is a huge opener delivered across an appealing rootical riddim with nice touches of producer Asher-E’s melodica play. The song is the first of several bright moments on the album, which furthermore include the 2016 released “Ganja Sumarai” on Culture Rock’s “Waiting” riddim, the strong “Lion Stride”, the mighty “Jah Doh Sleep” and scintillating “Well Prepared”. As the album winds down the listener is treated to “Dub As One” and the Suns of Dub produced “100% Dub”, the dub versions of “Work As One” and “100% Dub” respectively.

Conclusion A set with several bright moments that shine like pure gold!!